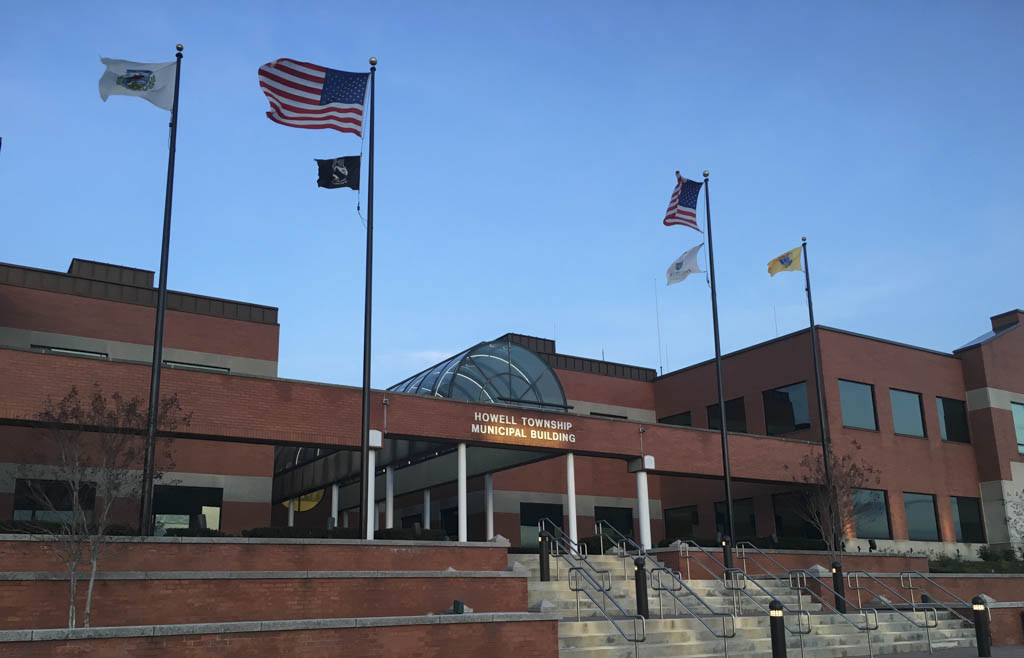 HOWELL – Nine days after taking no action to adopt the 2017 municipal budget, members of the Howell Township Council put a municipal spending plan in place for this year.

During a special meeting that was held on April 27, council members voted 4-1 to adopt a $47.77 million budget. The spending plan will be supported by a local tax levy of $26.34 million to be paid by Howell’s residential and commercial property owners.

Mayor Theresa Berger voted no on the motion to adopt the budget. The motion followed a 4-1 vote by members of the council, with Berger voting no, to trim $246,000 from the tax levy that was proposed in the initial budget.

Following the vote on the adoption of the budget, O’Donnell said to Berger, “You voted no on your own cuts,” to which Berger replied, “I had bigger cuts.”

The budget for 2017 that the council introduced in March totaled $47.9 million and was proposed to be supported by a local tax levy of $26.59 million.

Officials reduced expenses by a total of $146,000 from a combination of municipal departments to reach a total reduction in the amount to be raised by taxes of $246,000.

In 2017, the municipal tax rate is projected to be 39.53 cents per $100 of assessed valuation, according to Chief Financial Officer Louis Palazzo.

During the special meeting when the budget was adopted, the mayor and council members listened to an hour of comments from residents, many of whom objected to the increase in the municipal tax levy from 2016 to 2017.

Some residents who spoke mentioned the amount of school taxes they pay to the Howell K-8 School District and to the Freehold Regional High School District.

Resident Jack Sillup told council members they have political influence over the school board and should be more proactive on school financial issues.

Council members told Sillup the school boards are separate entities over which they have no influence.

Nicastro said, “We have been lobbying for school reform for years. You need to call (state Senate President) Steve Sweeney, who is not letting bills for reform out of committee.”

Resident Don Smith, the husband of Councilwoman Pauline Smith, said the speaker who told the council members they can influence school board members “made a mistake. It is the people who have the power over the board of education.”

One resident said the total taxes on his 4,800-square-foot home that is assessed at $800,000 have reached $22,000 and asked, “When does it stop? My entire paycheck goes to pay my taxes.” He asked why all of the new businesses he sees in town do not lead to lower taxes.

Resident Richard Meyers suggested the creation of a county-wide police department and a county-wide fire department as a means of reducing the need for every town to provide those services. He said it is time to rethink how government services are provided in order to lower expenses.

In response to residents who suggested that their elected officials should cut the municipal tax levy by as much as $1 million, Walsh said, “The only way to cut millions is to shut down municipal departments. It can’t be done. I am comfortable with what we are doing.”

Walsh thanked Palazzo and Township Manager Jeff Mayfield for their work on the budget and said, “If anyone wants to tell me where to cut $1 million, I’m willing to listen. … I’m mad we are putting $500,000 into the budget for affordable housing legal fees. We will go to court and if we lose, it will cost way more than $500,000.”

Nicastro said, “We have tightened our belts as much as we could. This budget does not cut services. It is a tight budget that keeps the health, safety and welfare of the community intact. It keeps police on the streets, it keeps emergency services in place. If there is a day when we have to cut (a municipal department), maybe we will put that out to a referendum and let the people decide.”

Smith said, “Everything in our lives goes up. How can we (council members) be expected to maintain a budget where taxes do not go up? The only answer is to try and keep a happy medium.”