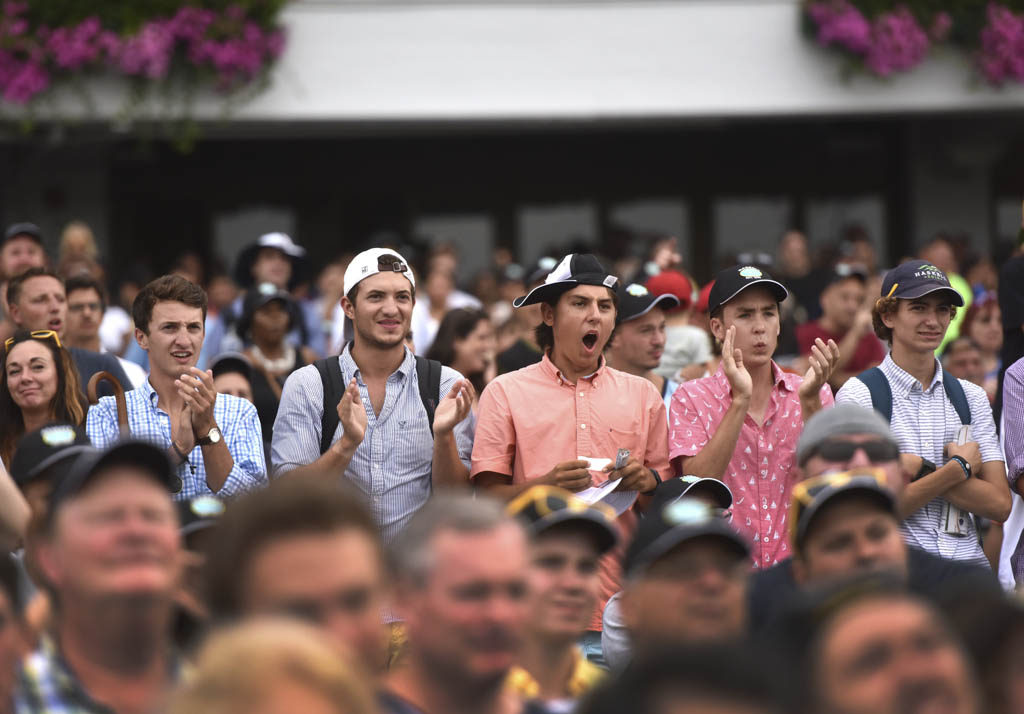 A convenient wagering system, new food menus and an assortment of games have injected a positive attitude as Monmouth Park launched its 2017 season.

The Oceanport track opened its gates for the season May 13 and will run until Sept. 10.

Monmouth Park officials made a point during the press conference that was held May 9 that they are determined to keep the track’s tradition alive and profitable.

Dennis Drazin, the president and adviser to the Darby Development LLC, the operator of Monmouth Park, was the lead speaker at the luncheon when he detailed some of the race track’s problems, which included a lack of subsidies and a hurting breeding industry.

Drazin explained how the park was going to win this race.

“We continue our efforts to create a fan-friendly facility coupled with top-class racing in New Jersey,” Drazin said.

According to Drazin, one key element that will help the track is exchange wagering, which was started at Monmouth Park last year. That move made New Jersey the first state to offer the service, according to a Betfair Exchange statement.

According to the Betfair Exchange statement, exchange wagering is a form of fixed-odds, pari-mutuel betting that is popular in Europe. This form is different from traditional tote betting due to the fixed odds, in-play wagering and the ability to cash out of a race to ensure profit or mitigate potential loss in one click, according to the statement.

Monmouth Park officials believe that this exchange wagering has brought in new customers, while Betfair Exchange claims that 70 percent of wagering on the exchange has come from new customers. The statement also claims that exchange players are wagering 12 percent more over the year and are staying longer and being more active.

Another recruiting tool to attract customers will be the task of focusing on the younger generation, according to Drazin. Monmouth Park’s game plan is to use e-games, video gaming, fantasy sports and even drone racing as possible attractions.

“Our goal of bringing alternative gaming to the racetrack remains paramount,” Drazin said.

Monmouth Park will also rely on its biggest event, the Haskell Invitational, to lure in customers. An “All Haskell” virtual race is planned July 30 to help celebrate the 50th year of the Haskell, which will be run on that same day.

The race will feature a virtual projection of the 12 greatest Haskell horses of all time in an event to determine who is the best horse to ever compete there.

Perhaps the most notable changes will be the food menu and prices. That new look is under the direction of Tom Barone, who is the first person to hold the title of vice president of food and beverage at the track.

Barone and his staff worked to align with local breweries and food venues, including Max’s Famous Hot Dogs and The Light House Homemade Italian Ice. The park also partnered with the Blu Grotto Restaurant and will feature an outdoor beer garden.

Barone said that the new independent food service resulted in cost cuts, with numerous items and drinks on the menus now reduced. For example, he said that the crafted foreign and regional beers that had cost the consumer $8 and $7 have been reduced to $5 and $4, respectively. Barone also said that several food items will have reduced prices, too.

Former Gov. Richard Codey (D-Essex) was also in attendance at the May 9 affair. Codey stated that even though the park had been going through hard times, he believes that a turnaround is possible.

“The industry is not dead,” Codey said. “It may be hurting, but it’s not dead.”

Codey also stressed the importance of government support for racetracks such as Monmouth Park. He said that racing will have a big supporter in Phil Murphy, the Democratic candidate for governor.

“I’m for Phil Murphy,” Codey said. “He wants Monmouth racetrack to survive, and we’re looking at a plan to do historical racing down here. In addition, you’re going to probably need a subsidy down here.”

Monmouth Park, according to Codey, had lost its $17 million subsidy when Gov. Chris Christie went all in on helping save Atlantic City.

“I think there’s a light at the end of the tunnel,” Codey said. “There hasn’t been for a long time.” 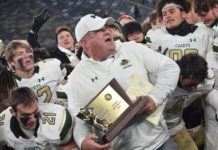 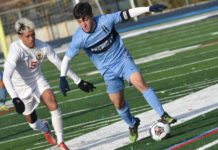