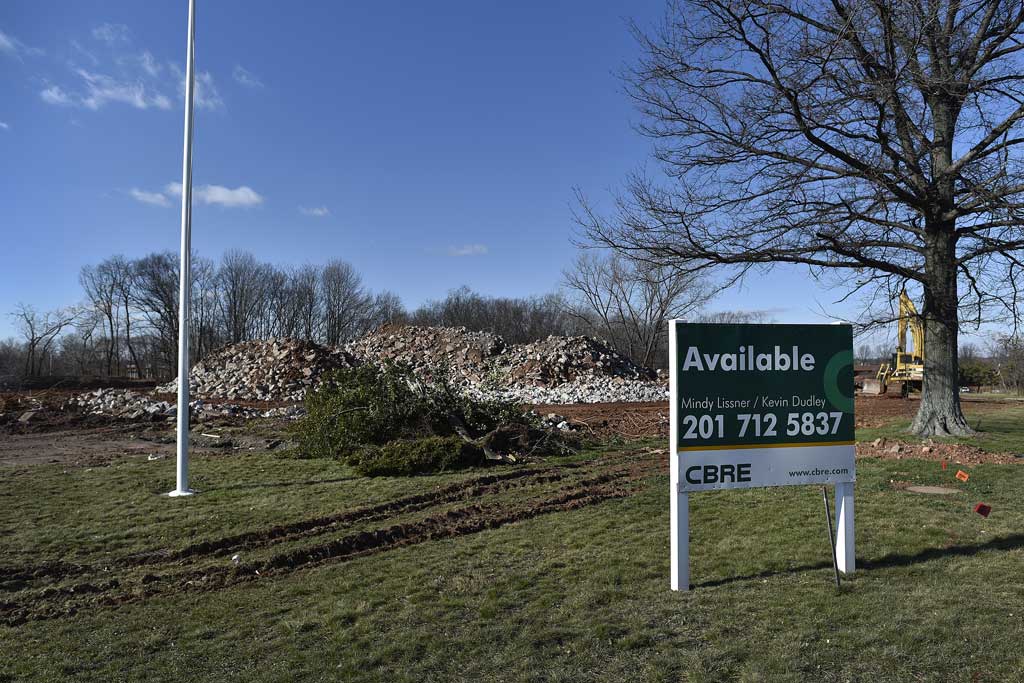 In the midst of training and competing, Wozniak, a 2002 graduate of AMS and 2006 graduate of Colonia High School, joined her former teacher, Joseph A. Short, who is now principal, to send a positive message to the outgoing eighth-graders on May 17.

“This is my first time back at Avenel Middle School,” she said adding that her family still lives across the field from the middle school. “It is a great opportunity to give back.”

Wozniak is an American saber fencer and was named to the United States Olympic team at the 2008 Summer Olympics [Beijing, China] in women’s saber competition as a substitute and as a competitor at the 2012 Summer Games in London.

In 2016, she represented the United States at the 2016 Summer Olympic Games in Rio de Janeiro where she received a bronze medal with the team.

She said her hometown has been very supportive of her journey.

The sixth, seventh and eighth-graders as well as the staff lined the halls, some chanting “USA” to greet Wozniak, who gave high-fives and showed her Olympic bronze medal.

Wozniak said in middle school the Olympics was not on her radar. She said her focus was just on the sport of fencing, which she described as a physical chess game, that she started at the age of 9.

“When I started fencing, it was never my dream to be an Olympian,” she said adding that there are misconceptions of what an Olympian is.

Wozniak asked the eighth-graders what they think an Olympian is. Some of the answers included a good athlete and a world class performer.

“Yes the [athletes are the] best of the best,” she said. “There’s something you have to understand, we are not born Olympians. It’s through hard work, through not giving up, through setting goals and having a dream.”

Wozniak said track and field star Usain Bolt, who represented Jamaica in the 2016 Olympic Games, would not be the fastest man alive without his dream of being the best and without hard work.

She said most Olympians share the same journey; some journeys are harder than others.

Wozniak said she never gave up despite a multitude of setbacks whether it be losing matches, bad practices, and nursing a sprained ankle.

Right before the Rio Olympics, Wozniak found herself with an injury to her calf.

Wozniak said after qualifying as a replacement athlete for the 2008 Olympic Games, she said she had people tell her that she would only be able to qualify that way.

She proved detractors wrong time and time again with her Olympic qualifications.

Wozniak said the thrill of the Olympics is inspiring and moving when meeting the people she has looked up to as well as competing on the big stage for one’s nation.

“You are amongst the best walking around the Olympic village,” she said.

Wozniak said she enjoys watching track and field and saw Dafne Schippers, who competed in the heptathlon for the Netherlands. She was wearing the Olympics rings around her neck.

“I searched and got the same thing,” she said.

Wozniak said now at 28 years old, she is accepting new challenges as an older athlete.

“I’m looking to add a third Olympics in 2020 [which will take place in Tokyo, Japan] and a fourth if Los Angeles [California] wins the bid in 2024 … that would be great on home turf,” she said.

Wozniak, who is sponsored by Nike, continues to compete and train. Two days before her visit to AMS she was in Tunisia, North Africa and on May 24, she traveled to Moscow in Russia for training camp and competitions.