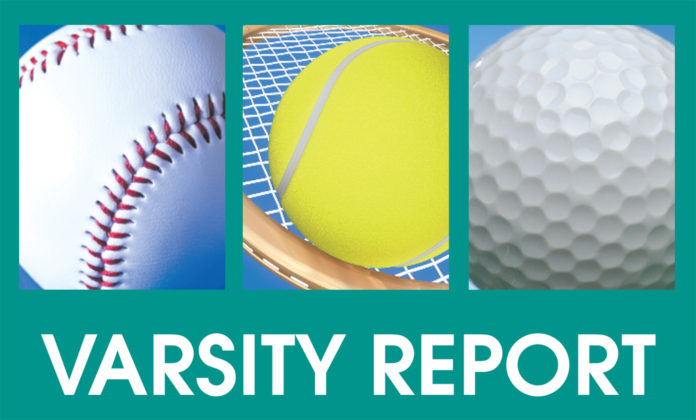 The Redbirds, who are ranked among the top five teams in the state on most polls in a 21-2 season, played Nottingham High School (21-7) in the New Jersey State Interscholastic Athletic Association (NJSIAA) Central Jersey, Group III quarterfinals on its home field. The game was scheduled for May 25 but was instead moved to the following day due to weather.

The two teams were scheduled to play again the morning of May 27 to decide the regular-season championship of the Colonial Valley Conference Valley Division. Both teams were 4-1 in the division, with Nottingham winning an early-season game, 2-1.

Allentown beat Nottingham, 3-2, for its first Mercer County Tournament championship, 3-2. Jordan Winston (7-0), who got the win in two innings of relief in that game, was expected to start against Nottingham in the state tournament game, as the Redbirds seek their second state championship, with the other coming in 2008 as a Group II school.

Ryan Huth played a huge part in Allentown’s 11-0 victory in the opening round of the state tournament against Hamilton High School West May 23 that was stopped after five innings by the 10-run rule. Huth allowed only one hit, with seven strikeouts and two walks, and lined a two-run double in the second inning to stake the Redbirds to a 5-0 lead.

Matt Coiante, who had two hits, and Jackson Fogarty each knocked in a run in the fourth inning when Allentown scored six runs to seal the early ending. Coiante leads the team with a .469 batting average and has 13 RBIs. Huth follows with a .424 average and 18 RBIs.

It marked the fifth time this season Allentown scored 10 or more runs.

Allentown is back in familiar territory in the NJSIAA Central Jersey, Group III finals after Marin Hartshorn’s four goals powered the top-seeded Redbirds to a 14-2 victory over Ocean Township High School May 24 in the semifinals.

Hartshorn has 50 goals on the season and 28 assists.

Danielle Sullivan and Julianna Golden each had three goals for Allentown, which led, 7-1, at halftime, and Golden also had two assists. Kaitlyn Bergen had two goals and a game-high three assists. Alyssa Sloane and Sydney Regina each scored once. Abby Howell and Jillian Rekulak shared time in goal, combining for five saves.

Allentown was in pursuit all the way, erasing a 2-0 deficit on goals by Golden and Hartshorn that tied it, but the team never took the lead. Notre Dame answered with five goals for a 7-2 lead, and Allentown responded with three of its own by Danielle Sullivan, Sydney Pado and Briana Samuels to make it 7-5. The Redbirds could never catch up from there.