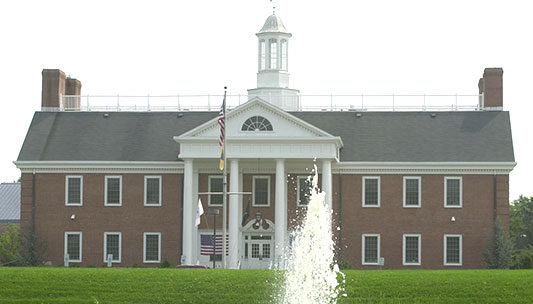 FREEHOLD TOWNSHIP – The Planning Board has voted to deny five applications that were related to the proposed development of the 77-acre Bellemead tract that lies between Route 537 at Trotters Way and Route 9 south.

The board took the action at its meeting on June 1.

Freemall Associates was involved because property at Bob’s Stores on Trotters Way at an entrance to Freehold Raceway Mall was proposed to be used for the construction of a new reverse jughandle that would provide access from Route 537 westbound to the apartment buildings on the Bellemead tract.

Roseland Freehold was proposing to build Liberty House at Freehold – 400 luxury apartments in six four-story buildings, plus a 10,000-square-foot clubhouse and a three-story parking structure on 21 acres of the Bellemead tract, according to the meeting agenda.

Freehold Township officials have approved a General Development Plan (GDP) for the Bellemead property. The GDP is a concept of what is permitted, but it is not a specific application.

In addition to Mehr and Kasuba, the applicants were represented by 10 professionals at the June 1 meeting, but none of those professionals testified that evening about any aspect of the five applications that were on the agenda.

The applications were on the agenda at two previous meetings, when limited testimony about the proposed jughandle and traffic was presented and other issues relating to the project were discussed.

Kasuba began his presentation at the June 1 meeting at 7:30 p.m. by informing the board his client would not grant an extension to the June 15 deadline by which the board was required to act on the applications.

In response to Kasuba’s comment that a time extension would not be granted, board Chairman Richard Gatto said, “this board will not be intimidated.”

Kasuba said the applications conform to the GDP that Freehold Township has approved for the Bellemead tract.

“In our view, this is a fully conforming application,” the attorney said.

Kasuba asked if the board could deviate from that procedure and listen to the testimony of the applicants’ professionals.

Gatto denied that request and began reading the professionals’ reports into the record at 7:45 p.m.

The reports covered items including road improvements that might have to be made on Route 537, Route 9 and the Route 33 bypass in connection with the project, and issues involving the provision of sewer service to the Bellemead property.

At one point, Mehr said the applicant does not have an obligation to make improvements to Route 537 east or west of the Trotters Way intersection.

That comment drew a rebuke from Township Committeeman Anthony Ammiano, who sits on the board.

“We have major problems on Route 537. It is horrendous going east to west and west to east,” Ammiano said.

Mehr acknowledged that traffic is a problem on Route 537.

Gatto’s reading of the reports continued unabated until 8:35 p.m., when the board took a 15-minute recess.

Gatto resumed reading the reports at 8:50 p.m. and continued until 9:10 p.m. when he asked Kasuba if he would grant an extension of time past the June 15 deadline.

Kasuba said he had asked to be permitted to call his witnesses, but said the board and the chairman “decided to go in a different route. There have been substantial delays and we are where we are.” He said he would not grant an extension of time.

Gatto said the board had not completed all of the reports and that multiple issues regarding the Bellemead applications remained unresolved.

Gatto indicated there would be a probable negative effect on the public good and said the evidence presented by the applicant was incomplete as of June 1.

Following the recommendation of the board’s attorney, Frank Accisano, to take action that evening, Ammiano made a motion to deny the applications pertaining to the Bellemead tract based on the current facts as presented.

“We have major concerns which we have stated time and time again. They are forcing our hand,” Ammiano said.

Gatto, Ammiano, Ronald Kirk, Patrick Coburn, Apryl Kurtz, Robert Shortmeyer and Mayor Lester Preston, who sits on the board, voted to deny the Bellemead applications, leaving the potential development of the parcel uncertain.