American Muslims from across New Jersey are currently observing the holy month of Ramadan when they fast from dawn to sunset in an effort to reconnect spiritually and to be grateful for their many blessings, according to information provided by the council.

The breaking of the fast at sunset is called the Iftar. The Annual Interfaith Ramadan Iftar dinner on June 15 brought approximately 700 people together from diverse faith communities across New Jersey and neighboring states to celebrate Ramadan.

The program was hosted by Ahmed Al-Shebab, board member of Council on American Islamic Relations (CAIR) National and CAIR-NJ and by Azra Baig, a South Brunswick Board of Education Member and community activist.

The keynote address was given by Dr. Wahy-ud Deen Shareef, the Imam of Masjid Waarith ud Deen of Irvington. Faith leaders of the Christian, Muslim, Jewish, Sikh and Hindu traditions spoke on the topic and theme of the event “Standing United For Humanity.”

Essma Bengabsia, president of the Muslim Network, also spoke at the event.

The American Muslim Council presented awards to individuals and organizations including Dr. Ali Chaudry, founder of the Stand Up For The Other Pledge, Make the Road NJ, NJ Muslim Lawyers Association, Muslim League of Voters and the New Jersey Chapter of the Council on American Islamic Relations.

The council also recognized the American Muslim Action Network, the NJ Muslim Voter Project, Masjid-E-Ali and Action Together NJ for their service to the community.

There was a moment of silence which was observed at the event to reflect and pray for all victims of hate, those affected in the community, in New Jersey, across the nation and around the world, according to the statement.

The American Muslim Council Founder and Chairman, Sam Khan, encouraged everyone to work together for humanity and for the community and to be politically engaged, according to the statement. 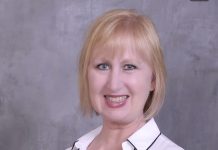