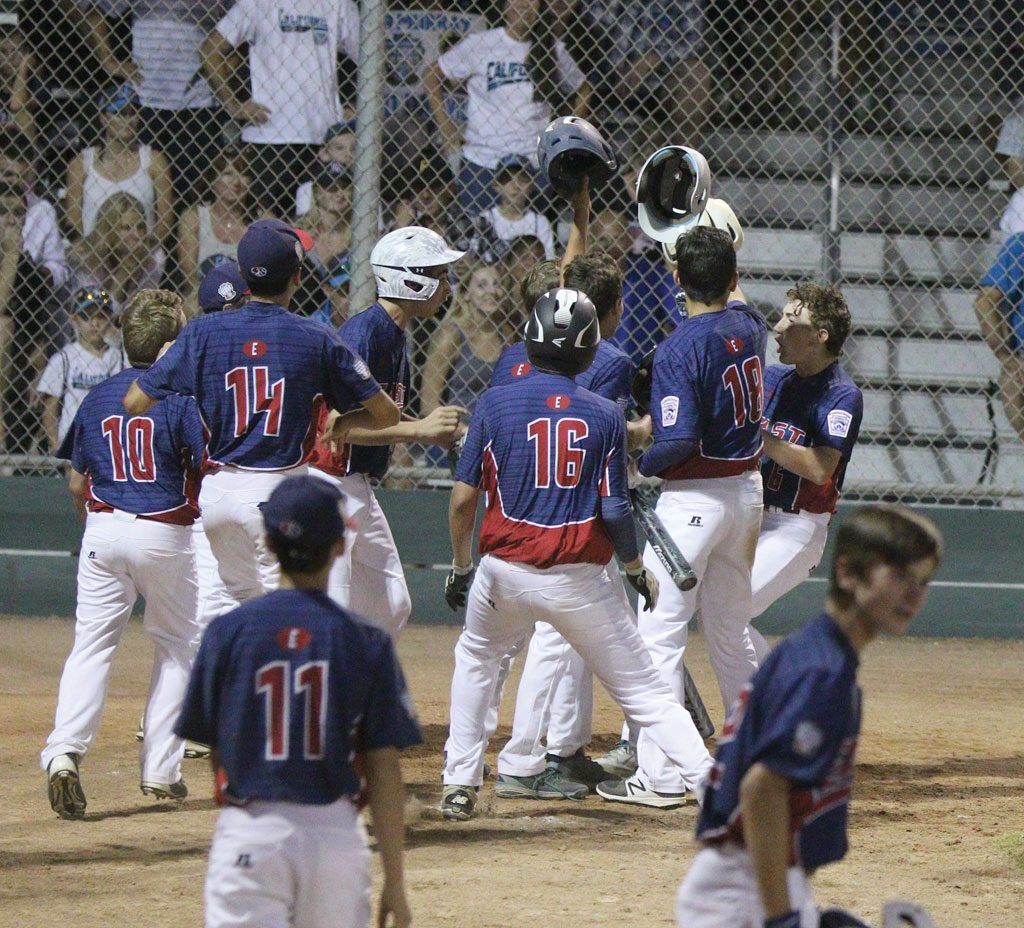 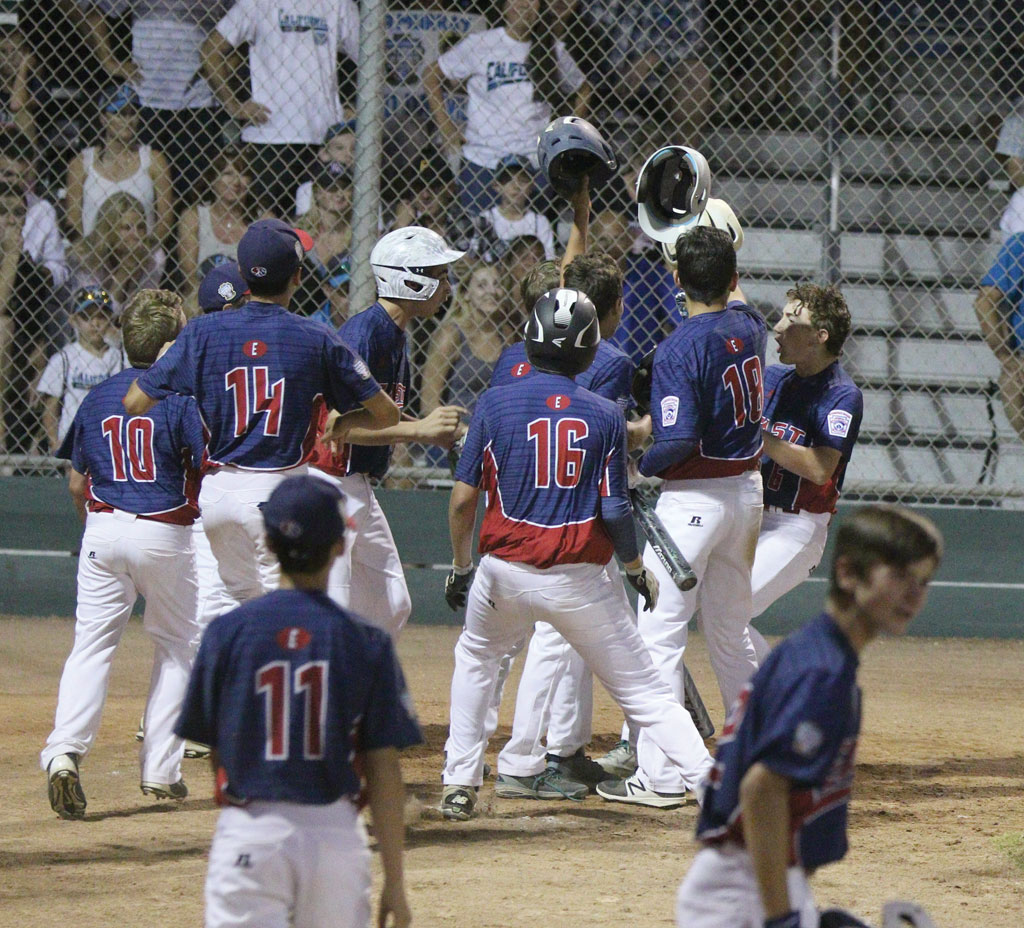 The Freehold Township 13U Little League team is the United States Champion after beating Hawaii, 6-4, on Aug. 5 in the Intermediate 50/70 Baseball League World Series in Livermore, California.

The team won on a walk-off home run in the bottom of the ninth inning to win the U.S. title. Freehold Township then lost, 6-5, to Puerto Rico in the World Championship game.

Freehold manager Jeff Gorman was overwhelmed with emotion when he talked about his team, which had to overcome incredible odds to get to both the World Series and the U.S. Championship game.

“I’m the proudest ever,” Gorman said. “I’m so proud of everyone. They showed more toughness and togetherness than any other team I’ve been around, and I’ve been in the sport for 30 years.”

The team trailed, 4-0, on Aug. 3 against Danville and down to its final strike before hitting a grand slam to tie the game. Freehold scored another run in the next inning to win that game. The team was even down, 3-0, against Puerto Rico before coming back to tie the game up. Freehold Township lost the game on Puerto Rico’s final at-bat.

Gorman spoke to Freehold Township’s mental and physical makeup, which allowed his team to rally when it needed to most.

“They have a collective belief,” Gorman said. “It’s special. It’s not lucky; it’s what we do. We have an inner energy, and they believe. They never give up on each other. They are special kids that come from special families. We saw it last year, that this group has an ‘it’ about them, and this year it showed. Each night, it was a different kid. Truly something special.”

The team made it to the Mid-Atlantic regionals in Bristol, Connecticut, last year, and vowed to advance even further this year. The U.S. champs think they did just that.

“One of our players came up to me today and said, ‘We hit all of our goals this year coach,’ ” Gorman said. “We were one of the two best teams in the world this year. I think that’s incredible.”