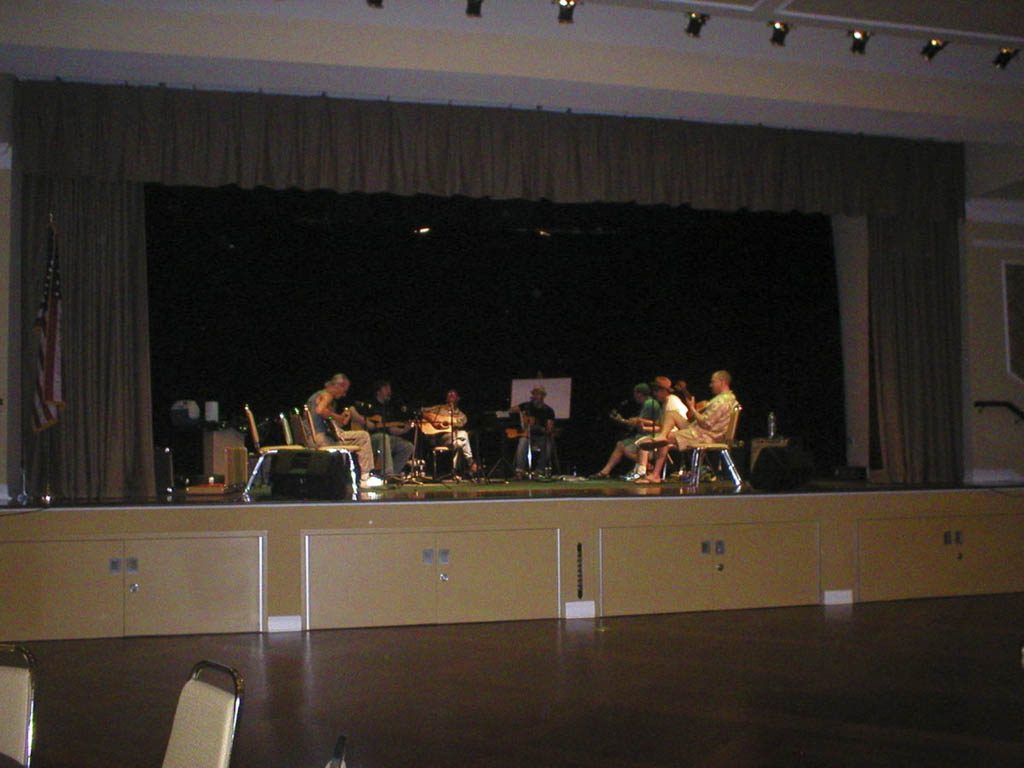 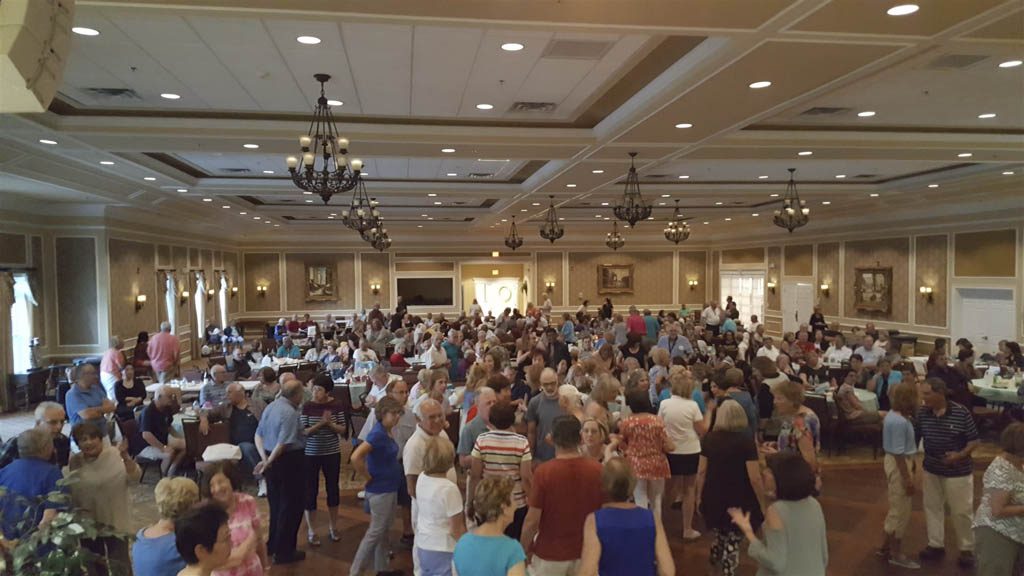 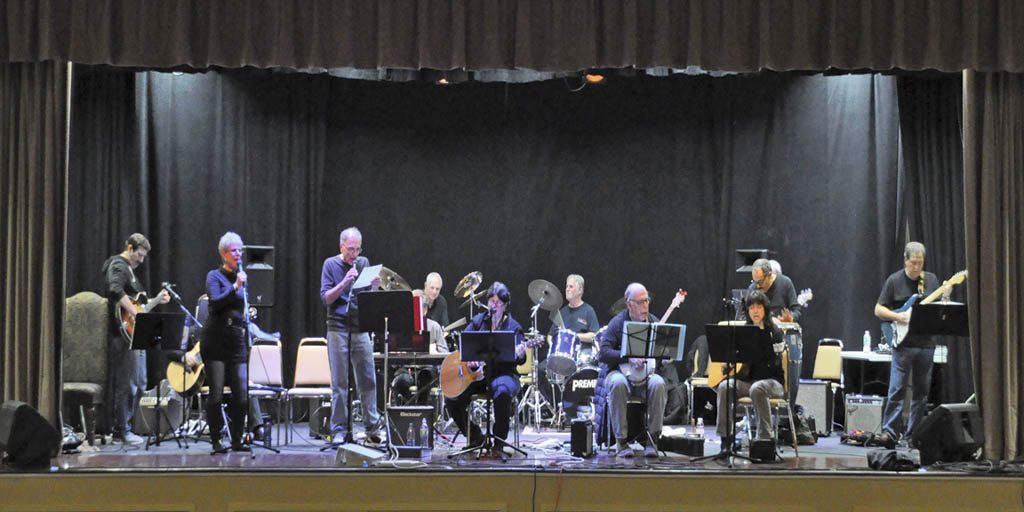 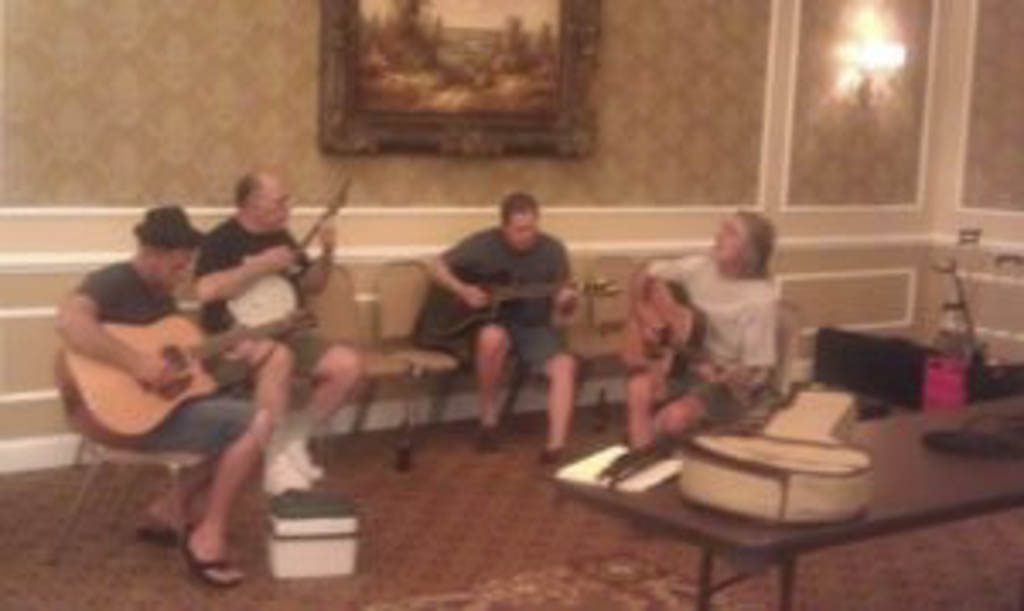 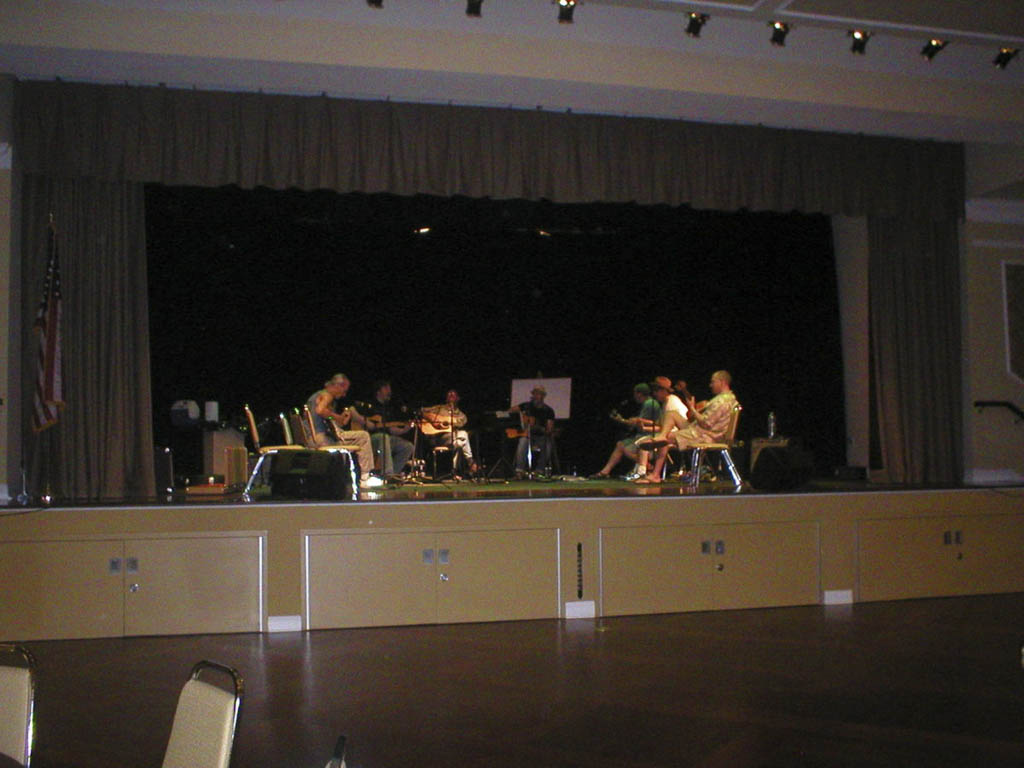 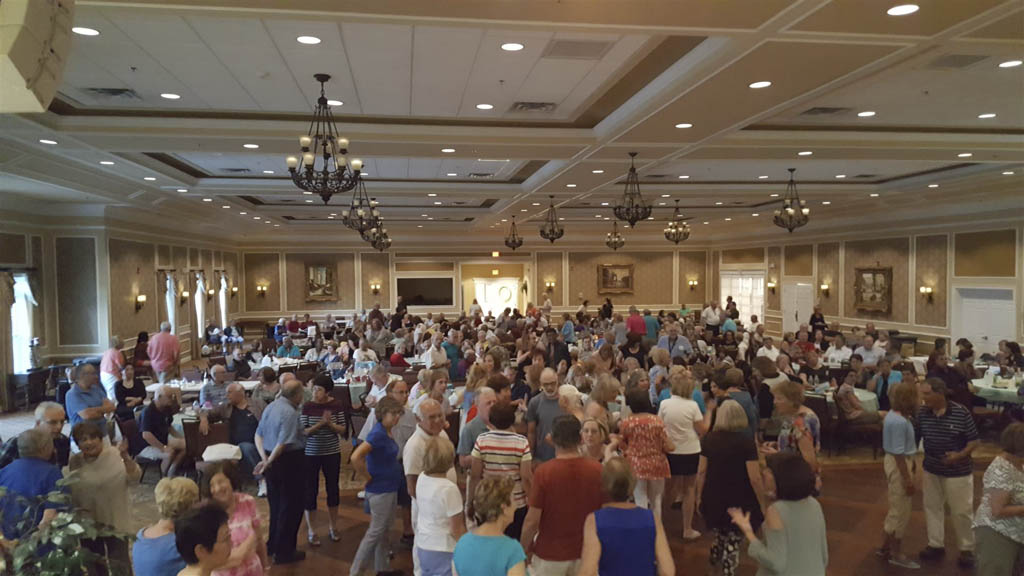 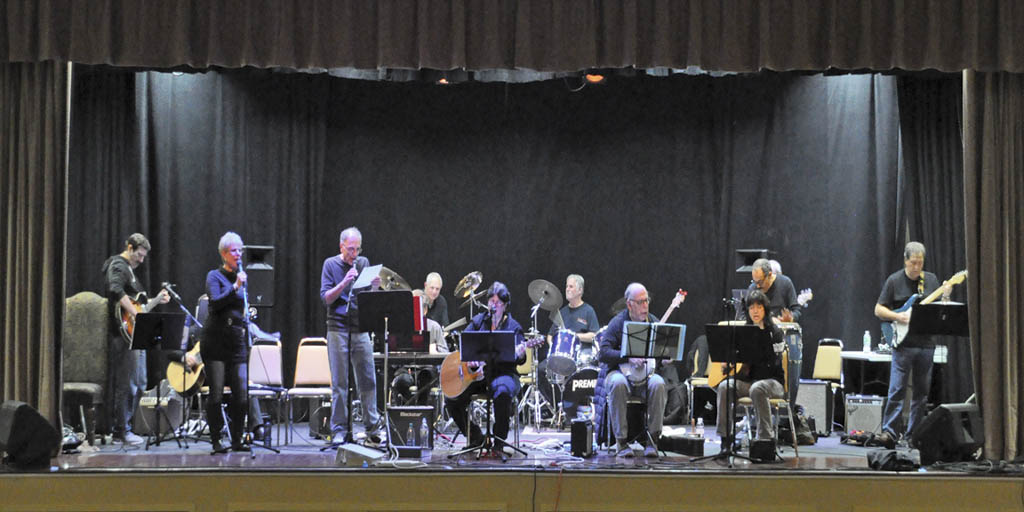 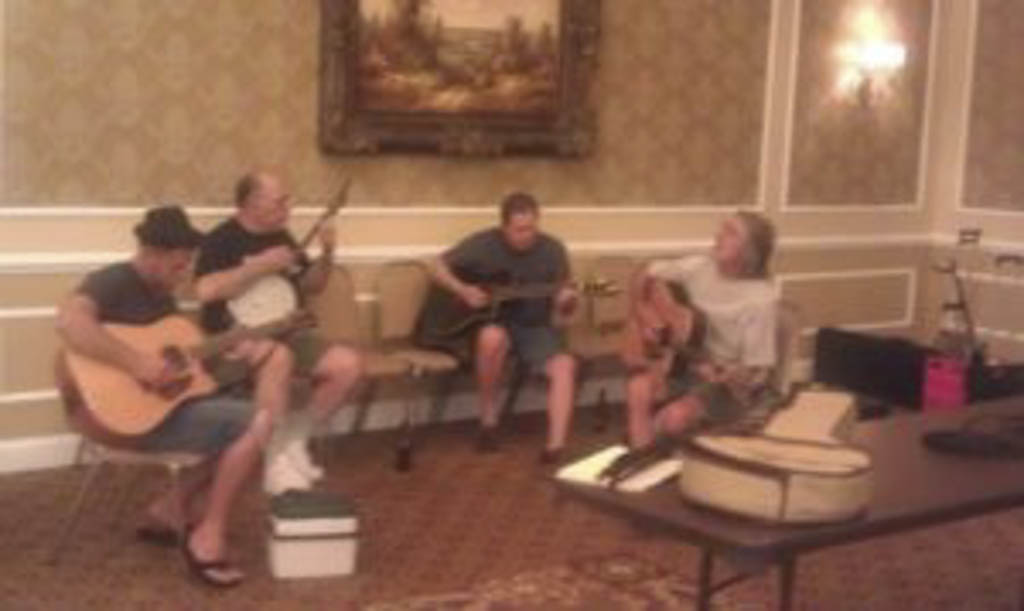 Today he is part of the Stonebridge Jammers, which started as a two-member jam session among several neighbors at the Greenbriar Stonebridge retirement community and has, over the course of eight years, grown into a full-blown community-wide event the last Wednesday of every month.

“I’m having a good time,” he said of jamming out with his neighbors.

The Stonebridge Jammers began informally in 2009. Steve Birnbaum played in a garage band and invited some members from that group to join the jam, which included Bob Gordon and Tom and Ken Kurczeski. This continued for a few years and some residents joined in the jam sessions.

Around 2013, the late John Smalley joined the Jammers on drums and the group was transformed. Smalley gave the group the name.

In 2014, Smalley, who passed away in June 2016, brought in the Jammers’ lead vocalist Ellen DeSantis, which snowballed into other interested members joining the Jammers after.

Birnbaum said the original male vocalist was Nick Iacovano, who left the band a few months ago because he will be moving.

The crowd for the jam session has grown exponentially since 2009 to the point spouses have a reserved table for the sessions.

Mona Stevens said she and her husband Bob, who plays the drums, moved to the community four years ago from Long Island, New York, because of the band.

Barbara Nalitt said she and her husband Herb, who plays the drums, met in high school.

“He was in the high school band and we traveled all over Wildwood and Ocean City,” she said. “He’s played the drums for a long time.”

Lorraine Jackson said her husband John Dixon has played the keyboard with the Jammers three times.

Dixon studied music at Rutgers University and toured nationally in concert halls, music festivals, universities and hotels as a musician.

“This is a wonderful event and it’s great entertainment,” she said.

The Jammers have a set list of 300 or so songs, ranging from “A Hard Day’s Night” by the Beatles, “I Will Survive” by Gloria Gaynor to slowing it down with “Can’t Help Falling in Love” by Elvis Presley.

Birnbaum said since the event has grown they split the sessions into two one-hour sessions with an intermission, which is also filled with entertainment by members of the community. 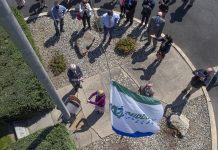