SOUTH BRUNSWICK – South Brunswick police are investigating a reported burglary in the Princeton Walk Development after an open house party was thrown.

Officers spoke to two residents of a Brookwood Court home who said they came home from walking their dog and found their front door partially open on Aug. 17, according to information provided by the South Brunswick Police Department.

Officers searched the residence and discovered some rooms ransacked, according to reports.

Officers determined the residents’ parents were away on vacation and they had thrown a party the night before. The residents indicated approximately 50 high school-aged people attended the party but they did not know most of them. They advertised the party on Snapchat and people showed up from all over the area. 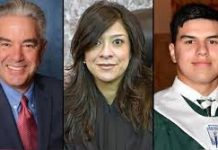