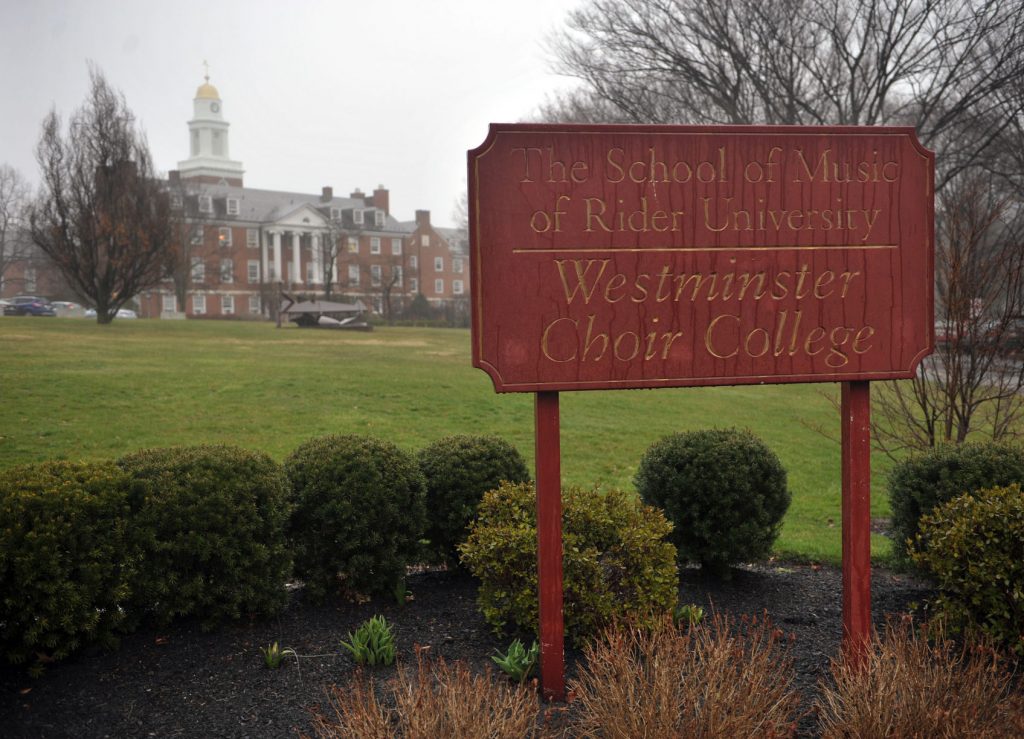 By Philip Sean Curran, Staff Writer
The presence Tuesday at Westminster Choir College of Rider University officials and so-called “Chinese investors” touched off speculation about whether the foreign visitors were representatives of the prospective new owner of the music school.
Matt Koller, a Westminster alumnus and founding trustee of the Coalition to Save Westminster Choir College in Princeton, issued a statement Tuesday saying Rider’s President Gregory G. Dell’Omo was part of the tour, and speculated that the “Chinese investors,” in his words, were from the Guanghua Education Group, a China-based outfit whose “main business focus (is) on international education,” according to the Group’s website.
Rider spokeswoman Kristine A. Brown on Wednesday issued a statement saying there were “guests” on campus Tuesday, but that “they were not from the Guanghua Education Group.” She declined to say who they were or if they were Chinese.
Rider is in the midst of selling Westminster, with the university having said in August it had found a “potential” partner to acquire the school and keep it in Princeton. Rider has said its goal is to complete the deal before the end of the current fiscal year, June 30.
“This unprecedented selling of a nonprofit school has never been done in the history of the United States,” Koller said in his message, which was posted on the Coalition web page. “We don’t know what type of agreement they’re drafting, we don’t know what type of protections there are for Westminster Choir College students.”
So far, Rider has declined to disclose the name of the buyer, a fact that has frustrated a group of alumni and others.
“But at this point, Rider has refused to provide any confirmation that this proposed buyer will preserve and operate the school,” said attorney Bruce I. Afran, the Coalition lawyer who is also representing four alumni and donors as part a class action lawsuit seeking to stop the sale. “So at this stage, we have no choice but to continue to litigate because Rider is not providing confirmation of the buyer’s intentions.”
Koller is one of the plaintiffs in that lawsuit.
Rider has maintained that it is not releasing the name of the prospective buyer to protect the confidentiality of the process.
“We understand how eager our community is to learn more about the future of Westminster Choir College, however for reasons of confidentiality and to allow this process to progress with integrity, we will not disclose specific details,” Brown said.