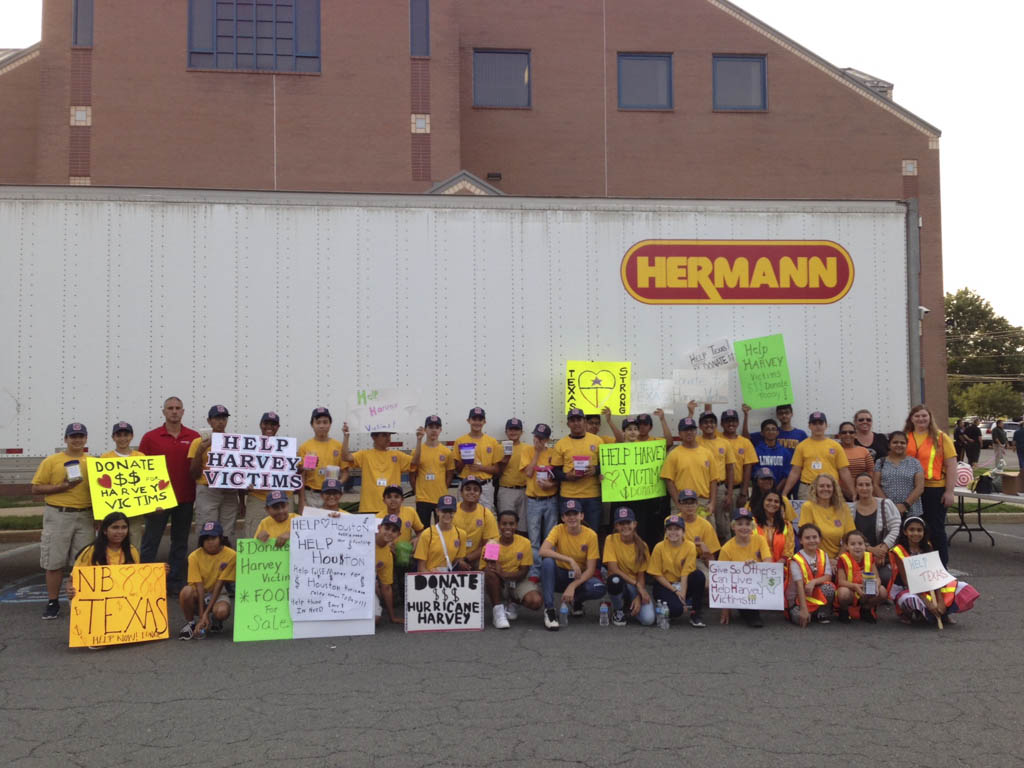 The efforts of employees of Hermann Total Distribution Service have supported thousands of southern residents affected by this summer’s hurricane season.

The company, which formerly occupied the property where the North Brunswick Municipal Building sits on Hermann Road when it was established 90 years ago, is currently located at 11 Distribution Way in the Monmouth Junction section of South Brunswick, but also has facilities in Houston, Delaware and Maryland.

Last month, the company sent 17 trailers to Texas in the wake of Hurricane Harvey, from Corpus Christie up to Beaumont, according to Bryan Hermann, a fourth generation descendant.

“It’s been a long month over at Hermann,” he said during the Oct. 2 North Brunswick council meeting.

During the meeting, Mayor Francis “Mac” Womack announced that $3,342.44 was collected on behalf of the township during a fundraiser on Sept. 11. Sgt. Myron Cox presented another $1,000 on behalf of the North Brunswick Police Department’s Police Benevolent Association and Superior Officers Association.

The Hugs for Brady Foundation in South Brunswick also contributed to the donation drive.