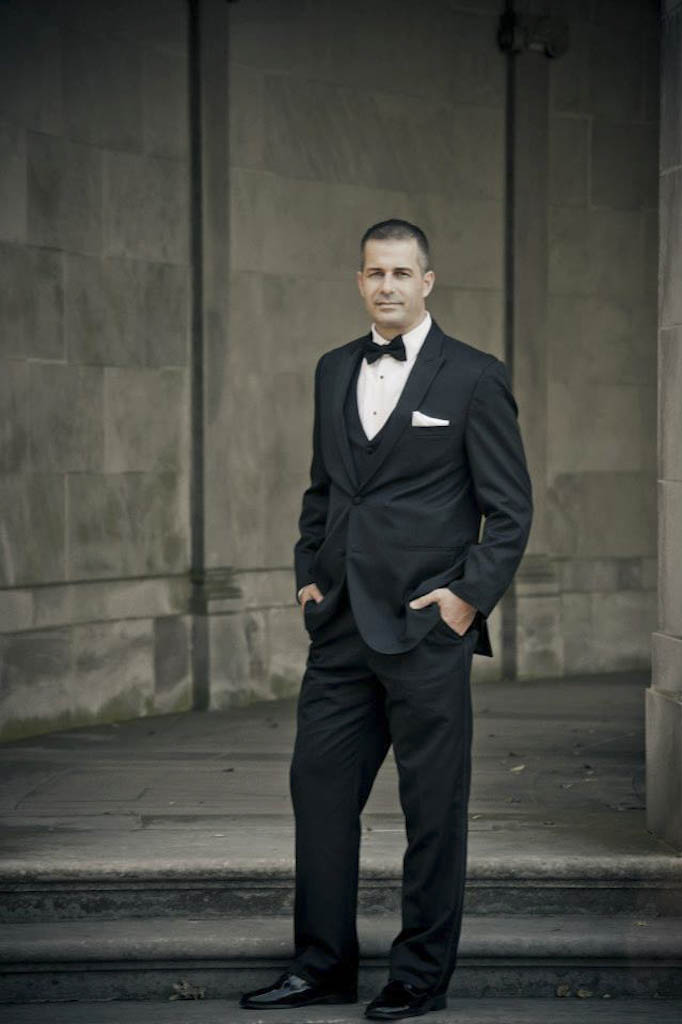 MONROE — Two candidates are vying for each of the three, two-year ward seats and one, unexpired two-year council-at-large seat available on the Monroe Township Council in the upcoming election.

Schneider, who is a 17-year resident of the township, is seeking her third term on the council. She is widowed, has a son and daughter who are both Monroe residents, and is the grandmother of two grandsons.

Schneider is a retired executive assistant. She worked for the director of the Middlesex County Adult Corrections Center and was the owner of a family travel business for 11 years.

She served 20 years as a member, former president and former vice president of the North Brunswick Board of Education.

Schneider is the former mutual director in the Rossmoor community within Monroe and former member of the Board of Governors. She also is a 10-year member and former president of the Rossmoor Kiwanis Club.

On the council, Schneider serves as liaison to Monroe Human Relations, Commission on Aging and the Monroe Township High School Key Club.

“I am seeking reelection because I am proud of the work I have done on the council and that our residents can enjoy a quality of life that includes outstanding schools, cost-effective municipal services, low crime and the third lowest property taxes in the county,” she said. “I am 100 percent committed and have the experience, leadership and passion to lead Monroe Township into the future.”

“Monroe Township consistently has one of the lowest municipal tax rates in Middlesex County – currently we are the third lowest,” she said. “I will continue to work hard to control municipal spending and provide good financial planning, [make sure] the budgeting process is transparent and carefully considered by reviewing every line item each year and holding our departments to the highest standards.”

Schneider noted that Monroe has an AA+ rating from Standard and Poors.

Krulewski, 61, who is a 10-year resident of the township, is seeking his first term on the council. He is married and has two adult children.

He is retired after being employed for 20 years as a vice president with an investment bank. For eight years, he has been running a consulting business focused on helping companies reduce their expenses.

In the community, Krulewski is a board member on the Jersey Coast Chapter of the American Red Cross, an elected committee person with the Republican Party and is a volunteer with the New Jersey State Chamber of Commerce Foundation.

Krulewski said he believes that everyone should give back to the community if they have the opportunity to do so.

“Since I retired from the investment banking industry, I have had a more flexible schedule and I have been using the opportunity to do exactly that,” he said. “I believe that my experience in both banking and cost reduction will be an asset thttps://centraljersey.com/wp-admin/post.php?post=138515&action=edito the community and enable me to come up to speed quickly once on the Monroe Town Council.”

If elected, Krulewski said he would like to focus on the expenses associated with the town to ensure that taxes are being spent appropriately and that the township is getting the best value for its dollar.

“Frequently, organizations, when doing their budget, take on a use-it-or-lose-it philosophy,” he said. “That’s fine in a business, but when you are responsible for the taxpayers’ money, the attitude should always be focused on what we need, and if we can afford it, what we want. Second, creating greater transparency so that everyone can really understand how their taxes are being spent.”

Baskin, who has lived in the township for more than 10 years, is seeking his first elected term on the council. He was appointed to the council to replace Councilman Blaise Dipierro earlier this year. He has two daughters and two granddaughters.

“I am running to have a voice in helping Monroe Township as it moves forward in the 21st century,” Baskin said. “Through careful and fiscally responsible financial planning, aggressive pursuit of environmentally-sensitive land and open space and careful management of our services and departments, I am here to represent and be the voice of all citizens in the township.”

Baskin said he is committed to developing additional recreation and community education opportunities in the southern part of Monroe Township.

“As to why, the township is working to balance these recreational resources, geographically, throughout the township to meet the needs of our residents,” he said. “We recently acquired a 412-acre piece of land from New Jersey Turnpike Authority for passive recreation use in the future. We are in the planning stages of locating an additional playground near Applegarth Road as well as scheduling expanded service from our bookmobile in this area.”

Marullo, 45, who is a 10-year resident of the township, is seeking his first term on the council. He is married.

He earned a bachelor’s degree and doctorate in chiropractic from Life University, Georgia.

In the community, Marullo said he has been attending council meetings this past year and informing the public.

“I decided to run for council because everyone complains about their property taxes,” he said. “I stepped up to the plate and went for it. As I researched the spending habits of the town, I uncovered many things that would bankrupt the private sector. Monroe has no show jobs, wasteful spending and hiring unqualified people. I will make sure this stops.”

Marullo said if elected he will work his hardest to inform people of what will take place in council meetings.

“I will make posts on [social media] urging people to attend meetings when resolutions are in question,” he said. “I will be the voice of the people and provide information to all is what a council member should do. This does not happen now. I will fix this.”

Leibowitz, who has lived in the township for almost 40 years, is seeking another term on the council. He previous served as a Ward 3 councilman from 1980-84 and was elected again in 2009.

Leibowitz is married with two sons and one granddaughter.

He is a Vietnam War veteran serving as a U.S. Army captain. He is a West Point Military Academy graduate, and earned a bachelor’s degree in engineering and mathematics.

He is retired. He was employed as regional manager of Government and Community Relations with New Jersey Transit and was the owner and broker of an insurance agency in Monroe.

In the community, Leibowitz serves as a trustee for Central Monroe VFW Post 262, serves as national chief of staff to the commander of the Jewish War Veterans and is a past trustee to the Etz Chaim Monroe Township Jewish Center.

“I am seeking reelection because I have always had the desire to serve my community, whether it is assisting my fellow veterans, serving on the Open Space and Farmland Preservation Commission, serving as a past trustee at the temple or serving Monroe residents as a township councilman,” he said. “My work is not finished here. I want to make sure Monroe remains a safe and beautiful town to raise a family, just like I did.”

Leibowitz said if reelected it is important to focus on maintaining the highest quality services for the residents in the most prudent and cost effective manner.

“Our township has been recognized as the safest in Middlesex County, 14th safest in New Jersey, and the seventh safest place in the country to raise children,” he said. “This is a tribute to the outstanding service by our police officers and a comfort to residents whose life and property they protect every day.”

Leibowitz said the township’s professional EMS staff answers more than 9,000 calls per year, the Department of Public Works maintains more than 150 miles of township roadway, the library has thousands of users of all ages, the Senior Center has 18,000 registered users, and the Recreation Department hosts more than 1,000 children for summer camp at a nominal fee.

“This is why residents love Monroe Township and why I continue to serve,” he said.

Dipierro, 56, who is a lifelong resident of the township, is seeking his first term on council. He is married with two children.

DiPierro earned a bachelor’s degree in accounting and finance from Stockton University. He is a local business owner of New Jersey Realty, LLC.

“I am running for council to represent the taxpayers in Monroe for a better future,” he said. “Our current council is approving overbuilding, high taxes, and no show jobs. I would support a 10 percent municipal budget cut over four years.”

Dipierro said he would support an in house attorney and engineer to reduce taxes.

“I would not support no show jobs,” he said. “I would support a 10 percent municipal budget tax cut over four years.”

Cohen, who is a nine-year resident of the township, is seeking her first elected term on the council. She was appointed to the seat earlier this year, replacing Leslie Koppel who joined the Middlesex County Board of Chosen Freeholders.

She is married with two children and five grandchildren.

Cohen is a registered nurse and holds a bachelor’s degree in nursing from Adelphi University, New York, and a master’s degree from Rutgers University.

She is a public health professional with more than 30 years of expertise in program development, administration and implementation in government, not-for-profit and corporate settings with demonstrated leadership abilities in the area of public health policy development. She is currently a member of the adjunct faculty of the College of New Jersey.

As a resident of Greenbriar at Whittingham, she served as a member of the Whittingham Homeowners Association Board of Trustees for the past six years. She has been board president for two years. Cohen also previously headed the League of Women Voters in East Brunswick.

“I am running for this unexpired term as the At-Large Council candidate because I am proud that Monroe Township is a community for all ages,” she said. “We are a diverse and inclusive community. We respect and appreciate our differences and this makes us stronger, together. I bring a lifetime of professional experience as a nurse to the council and I consider the impacts of everything we do as a governing body on the environment, health and well-being of our residents.”

“Our goal of keeping 50 percent of Monroe Township green is a very high priority for this administration and we are working toward that goal every month,” she said. “We have already secured almost 8,000 acres, which is seven times greater than Jamesburg and Helmetta combined. We need to continue to work closely with state and county officials to expand our Open Space and Farmland Preservation efforts using funding resources from the Middlesex County Open Space Acquisition Program, the New Jersey Green Acres Acquisition Program and State Farmland Preservation to fund these important acquisitions.”

Herrmann, 46, who is a 12-year resident of the township, is seeking his first term on council. He has two children.

Herrmann earned a degree in business and public administration from the College of New Jersey. He is the owner of Martin Herrmann Investment Advisors and Associates.

“I lost the mayoral election [last year] by approximately 1,000 votes,” he said. “I wanted to continue to help serve the residents of Monroe Township. People are upset with the increased spending in local government and the burden of increased taxes. We need a balance in local government. We currently have five Democrats and zero Republicans. Regardless of your political party ‘Good government is a balanced government.’”

Herrmann said his financial background will allow him to make sound financial decisions regarding municipal spending.

“In addition, the overgrowth of residential building in Monroe has put a burden on our senior communities,” he said. “They are being taxed out of the township where they chose to retire. I plan to work with the Planning Board and builders to create ‘smart building’ to help reduce the overcrowding of our schools.”