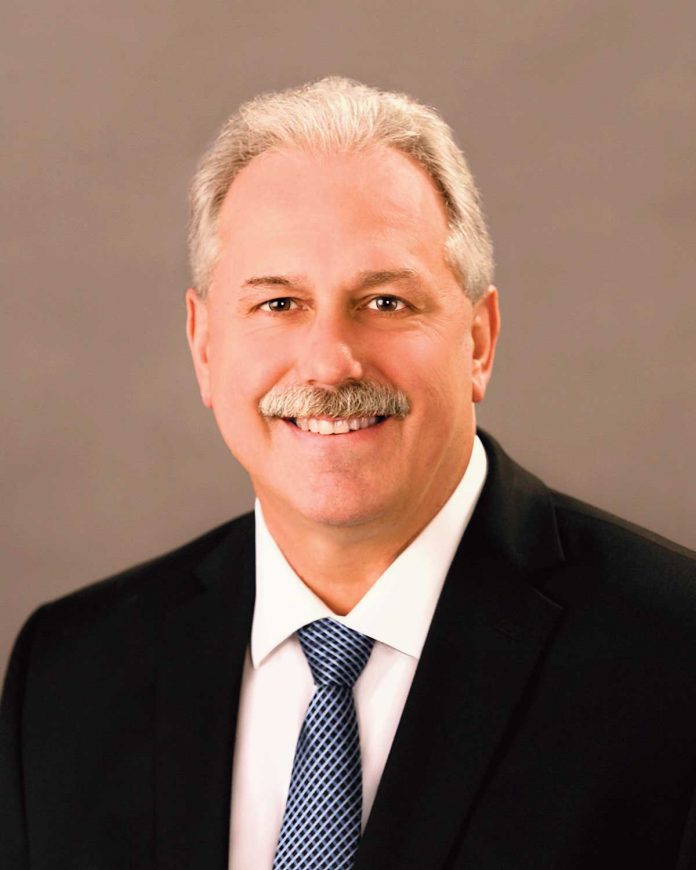 EDISON — Two candidates are vying for the four-year term mayoral seat in the upcoming election.

Incumbent Thomas Lankey will face former Edison Democratic Chairman Keith Hahn, who announced he was running as a Republican in August.

Thomas Lankey, 57, who is a lifelong township resident, is seeking his second term. He has two grown sons.

Lankey earned a bachelor’s degree in accounting from the University of Delaware. He is a senior vice president at JFK Health Systems.

In the community, Lankey serves on the board of directors of Magyar Bank, Huntington’s Disease Society of New Jersey, a member of the Hospital Finance Management Association, and a member of the American College of Health Care Administrators.

Lankey previously served on the Edison Township Council from 2010 to 2013 serving as chairman of the Council’s Finance Committee.

“I am seeking a second term as Mayor to continue my efforts with the Township Council’s assistance to make Edison the best community in New Jersey for people to live, raise a family and work; and to make it an enjoyable, safe and affordable place where our senior citizens can continue to live,” he said.

Lankey said as a lifelong Edison resident, he is deeply committed to the community’s well-being and economic health.

“I wish to continue to help Edison move forward and make progress,” he said.

“My administration, with the Township Council’s assistance, will continue investing in our infrastructure, annually resurface more neighborhood streets, revitalize our parks and upgrade our aging sanitary sewer system,” he said. “We will continue to invest resources to improve our Police and Fire Departments, and our Public Works Department so each is better able to provide more effective service.”

Lankey said the investments in the township are part of his administration’s economic development strategy.

“Since I took office in 2014, these strategies have made Edison a more attractive destination for larger corporate and commercial investors, and have encouraged new small businesses and professional offices to open here,” he said.

Lankey said the economic development strategies have created more than 3,500 new, higher-paying job opportunities, which lowered Edison’s unemployment rate from the high of 6.7-percent four years ago to now 2.8 percent.

“Home values have steadily risen,” he said. “The total assessed value of all Edison properties is now $7.1 billion, up $110 million since 2014. New businesses, large and small, have strengthened our municipal tax base. They now contribute $17.2 million more in annual taxes to help fund municipal services, providing relief to our residential taxpayers.”

Lankey said Edison is Middlesex County’s largest municipality, but the average total tax bill is now the sixth lowest among the county’s 25 towns.

“I intend to build upon that proud record of accomplishment,” he said.

Keith Hahn, 46, who is a lifelong resident of the township, is seeking his first term as mayor. He is married with two young children.

Hahn is a graduate of Edison High School, attended Middlesex County College, the Middlesex County Police Academy and Caldwell College. He has been a township police officer for 23 years and spent time working as a detective in the juvenile unit.

In the community, Hahn coached his daughter’s basketball team and his son’s baseball team.

On June 12, Hahn after serving as Democratic chairman since 2015, was defeated by one vote to Shariq Ahmed. In August, Hahn announced he was switching parties and running as a Republican for mayor.

“Our taxes are out of control, cronyism and nepotism are rampant and Mayor Lankey has surrounded himself with bad people,” Hahn said adding that the people Lankey is surrounding himself with are costing the taxpayers each day.

He said stabilizing taxes and hiring competent, qualified people for the positions they are hired for is important.

“We are paying higher taxes for this type of mismanagement its wrong,” he said.