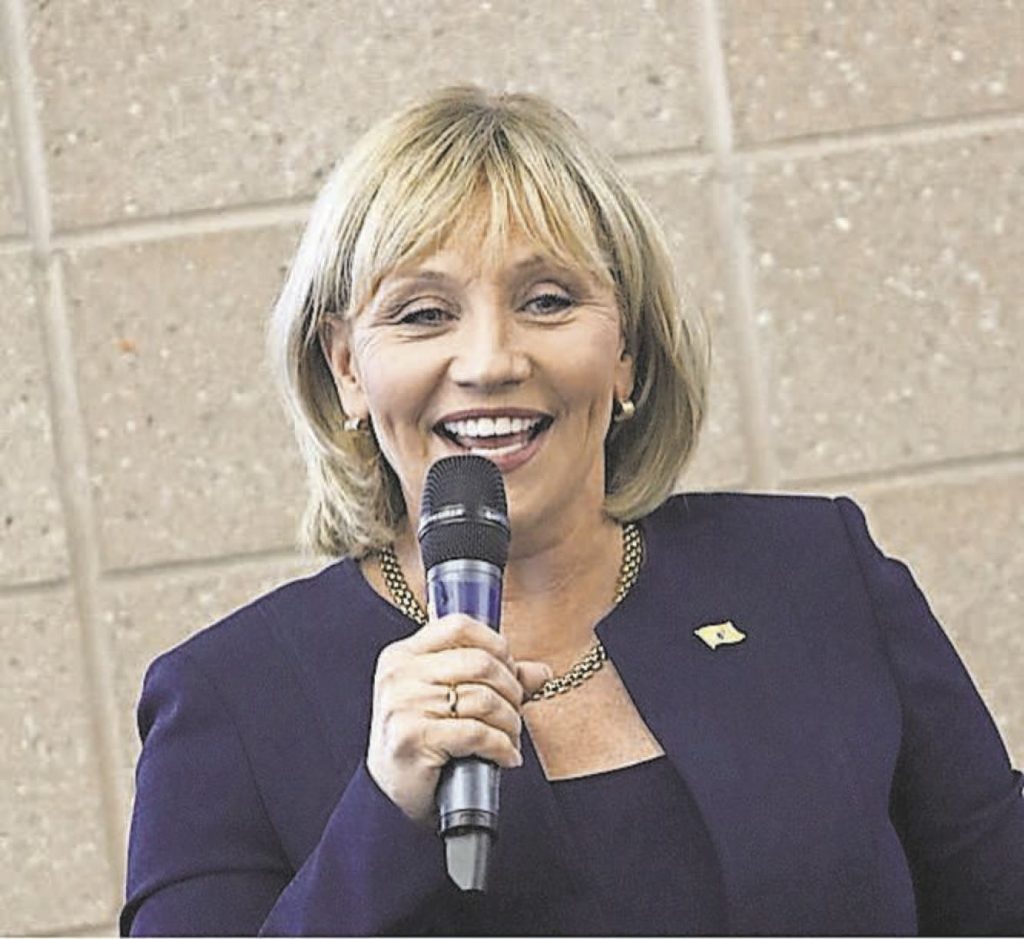 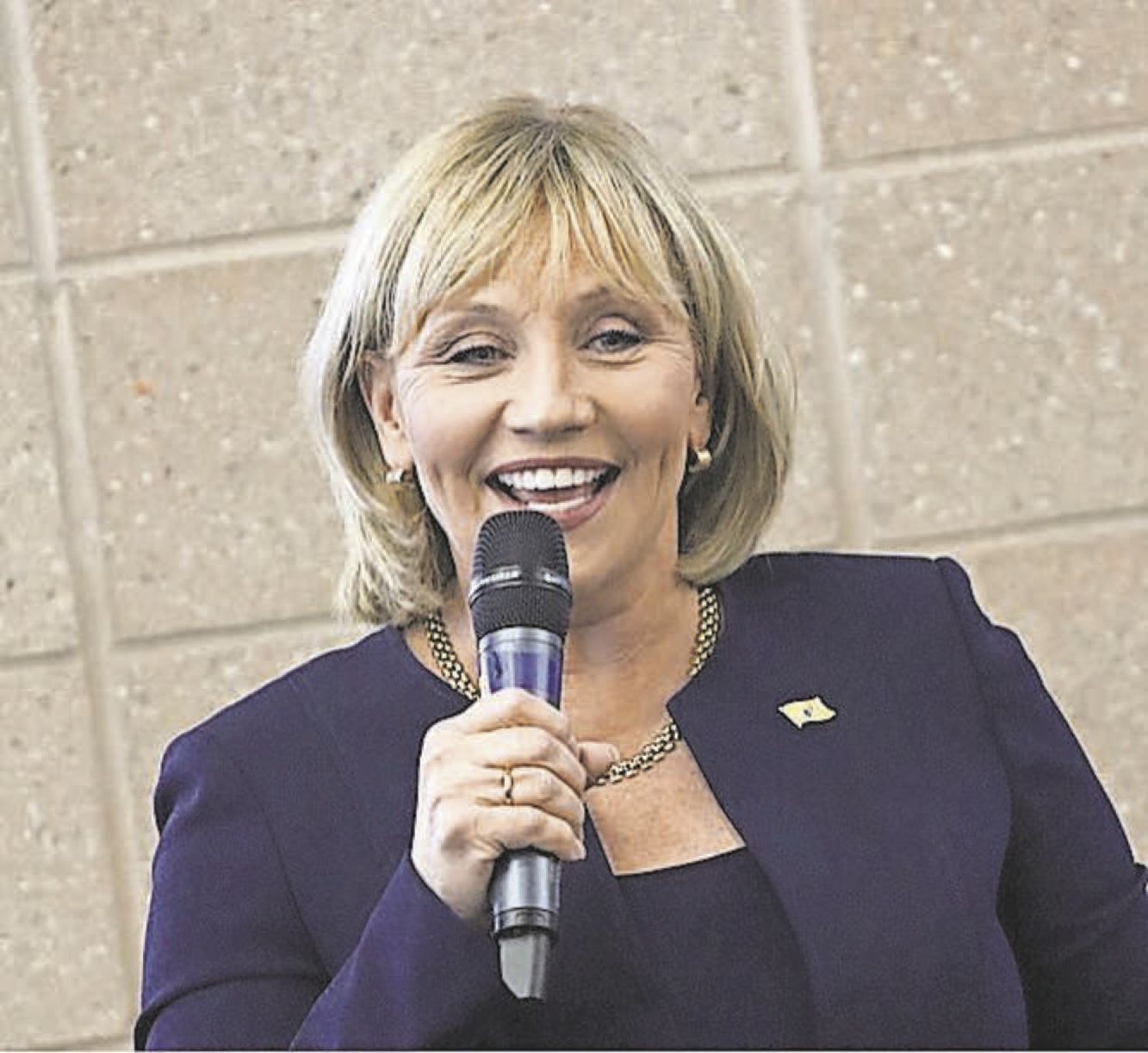 By Philip Sean Curran, Staff Writer
Republican gubernatorial candidate Lt. Gov. Kim Guadagno’s vow to “ban” sanctuary cities in New Jersey if she is elected could have implications for the host of towns like Princeton and Hopewell Borough that limit cooperation between local police and federal immigration authorities.
With two weeks to go before the election, Guadagno again sought to contrast herself with her Democratic rival, former Ambassador Phil Murphy, who has pledged to make New Jersey a sanctuary state. She has said her plan would prohibit towns from making themselves sanctuary cities, restrict funds and fine towns “harboring violent criminals” and “require law enforcement to cooperate with federal immigration officials and run background checks of criminals in New Jersey jails and prisons,” according to a news release that her campaign issued Monday.
“If elected governor, I will pass a law to ban sanctuary cities so politicians can’t prevent law enforcement from turning violent and dangerous criminals over to federal immigration officials for deportation,” Guadagno said in a statement.
“Time and again she has been called out for misrepresenting the facts and driving division instead of promoting New Jersey as a fair and welcoming state, and her dishonesty continues uninterrupted today,” Murphy spokesman Derek Roseman said in response.
Locally, Princeton Mayor Liz Lempert said this week that it was not clear to her what Guadagno’s proposal was.
She said her town follows the law and does not "protect anyone arrested for a violent offenses" but rather the town seeks to protect victims and witnesses of crime.
Princeton officials shun the term sanctuary city to describe their municipality, but police limit their cooperation with federal Immigration and Customs and Enforcement by refusing to honor civil detainer requests by ICE.
On its website, ICE said it "places detainers on aliens who have been
arrested on local criminal charges and for whom ICE possesses probable
cause to believe that they are removable from the United States, so
that ICE can take custody of the alien when he or she is released from
local custody."
The Trump administration has battled sanctuary cities, with ICE stepping up immigration enforcement in them. For instance in Middlesex County this month, ICE said it had arrested 36 illegal immigrants during a five-day sting that ended last week. ICE said it had targeted those who had been locked up and then released by the county jail, which does not honor detainer requests, as well as other “criminal aliens residing in Middlesex County.”
“Sanctuary jurisdictions that do not honor detainers or allow us access to jails and prisons are shielding criminal aliens from immigration enforcement and creating a magnet for illegal immigration,” acting ICE Director Tom Homan said in September.
But Mayor Lempert said the town complies with a state Attorney General’s directive, from 2007, dealing with law enforcement’s interactions with federal immigration authorities. Police have to report, for instance, when they arrest an illegal immigrant for an indictable offense or drunken driving.
“As a municipality, we don’t operate a regular jail,” Mayor Lempert said in calling Princeton a “welcoming community.” “We can only hold people there for a very limited amount of time.”
“Princeton,” Councilwoman Heather H. Howard said Tuesday, “is following the attorney general’s directive, which is still in force under the current administration. So I don’t understand why she’s now proposing a change in policy.”
Howard said police will not “honor civil detainer requests because they’re not issued by judges.”
Princeton has sought to foster good relations with the illegal immigrant community in town, stressed that police are not involved in immigration enforcement and want to make sure that segment of the community feels comfortable cooperating with police when a crime occurs.
“So she’s politicizing public safety in a way based on untruths. And it’s really disappointing,” Howard said of Guadagno.
But sanctuary cities have been controversial, with the Trump administration and other critics.
“These policies of sanctuary cities do far broader damage to the country than many understand. At its root, it is a rejection of our immigration laws and a declaration of open borders,” U.S. Attorney General Jeff Sessions said in an Aug. 16 speech on the topic.