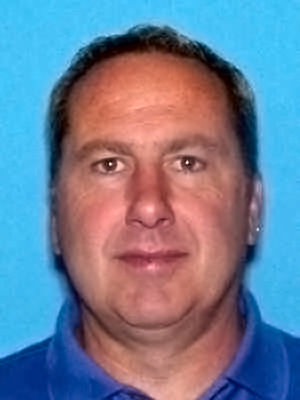 By Philip Sean Curran, Staff Writer
Kevin B. Bannon, the former executive director of the Mercer County Park Commission, was indicted Tuesday on public corruption charges that could send the once promising college basketball coach to prison.
In a 10-count indictment, he is charged with six counts of second-degree official misconduct and related offenses focusing on the intersection of his job at the commission and at the Friends of Mercer County Parks, the nonprofit he ran with his brother.
The state Attorney General’s Office laid out how Bannon would have money that should have gone to the county go instead to the Friends and how he obtained benefits for himself and others close to him.
For instance, the United States Tennis Association had tennis tournaments at Mercer County Park, but authorities claimed that Bannon had court rental fees — totaling $9,000 for 2013 to 2015 combined — paid to the Friends. He also allegedly waived more than $37,000 in fees for Friends’ golf outings, more than $19,000 in fees for outings for the New Jersey Recreation and Parks Association and fees for his family golf outings, authorities alleged.
He also allegedly would have county employees work on Friends golf events, to solicit sponsors; and have sponsorship signs made up at county expense costing more than $8,000, the Attorney General’s Office said.
In another instance, Bannon allegedly approved a contract with a promoter to have three music concerts, in 2015, at Mercer County Park, in which he was able to secure free admission for himself and 30 to 50 others and access to a VIP hospitality tent, authorities alleged. As part of the deal, he also secured a $2 per ticket donation to the Friends, raising some $21,000, authorities claimed.
“We allege that Bannon corruptly used the Friends organization to divert county funds and expand his power over park facilities and events, while also conferring unauthorized benefits like free golf and VIP concert tickets on himself, his family and his inner circle,” said Attorney General Christopher S. Porrino in a news release announcing the indictment.
Porrino’s office claimed that in another instance, Bannon had waived golf fees for an accountant working for the Friends, who, instead of being paid by the organization, got to play some 200 rounds of free golf from 2013 to 2015, “for which the waived fees totaled over $8,000,” the news release said.
Bannon’s lawyer, Jack Furlong, on Tuesday released a statement saying Bannon “wants a trial, and the sooner, the better.”
“In an age where people are presumed guilty, a trial is the fastest route to vindication,” Furlong said in predicting that Bannon would “prevail.”
“Permit me to publicly advise witnesses who plan to lie under oath, this will not go well for you,” Furlong said. “Talking to investigators is not the same as testifying in open court.”
Furlong said Bannon would not be permitted to testify before the grand jury.
“He was never invited, and his offer today was summarily rejected,” the lawyer said.
Bannon, 60, of Lawrenceville, could not be reached for comment. He does not have a court date scheduled as of yet, and was not taken into custody.
“Kevin Bannon served Mercer County proudly for over twelve years,” Furlong said. “He cut expenses, built revenue and did both while adding award-winning facilities and events. He did all of this under the watchful eye of the public and the Park Commission without receiving a single nay vote. His approval rating for this legacy was simply one hundred percent. Even I can do the math.”
But in the spring of 2016, the Attorney General’s Office raided the Park Commission offices. Bannon, a county employee since 2004 earning $133,728 a year, was fired from his job in June 2016.
“The Mercer County Administration and the Mercer County Park Commission are deeply disturbed by the allegations contained in the Attorney General’s indictment concerning the former executive director of the Mercer County Park Commission,” county spokeswoman Julie Willmot said Tuesday. “Mercer County and the MCPC, designated victims by the Attorney General, have been fully cooperating with the Attorney General’s Office from the outset of its investigation and will continue to do so as needed while this process continues.”
Bannon also allegedly required a county vendor to pay “a fee” of more than $3,000 in concession proceeds to the Friends to be able to sell concessions at the three concerts in 2015. He allegedly went to the Trenton Thunder telling the team it owed the Park Commission fees “for non-baseball events” at the county-owned Arm & Hammer Park in Trenton but waived the fees for a $5,000 donation to the Friends.
“Bannon fooled many into thinking that the Friends nonprofit and the Parks Commission were, in essence, the same organization, so they didn’t suspect when asked to pay the nonprofit money that should have gone to the county,” said Elie Honig, director of the state’s Division of Criminal Justice.
In all, Bannon is charged with eight second-degree charges, which carry up to 10 years each, and two third-degree offenses, which carry up to five years each.
Neither Bannon’s brother nor the accountant is charged in the indictment. Authorities would not say if they are cooperating with law enforcement.
“I should also send a note of caution to Attorney General Porrino,” Furlong said. “Before holding a press conference to tout the return of an indictment, he might want to read the Riker Danzig report of their county-sponsored investigation. If not now, he will learn at trial that when you lie down with dogs, you get up with fleas. I’m just trying to spare the man a rash.”
Bannon previously coached men’s basketball at Rider and Rutgers universities. His four-year-tenure at Rutgers, ending with his firing in 2001, included the revelation that two players and two team managers were made to run in the nude for losing a “strip” free-throw shooting contest, in 1997.