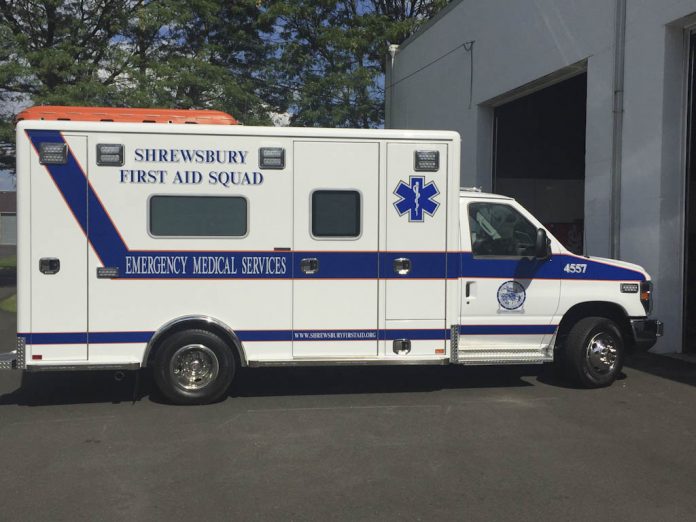 SHREWSBURY Having been established in the borough for more than 50 years, the First Aid Squad is currently seeking new members.

“The squad serves the borough’s residents, its businesses and those that travel through the borough with first aid services. We also assist the Shrewsbury firefighters,” Rolf Kamp said, the First Aid Squad’s engineer.

According to Kamp, he has been a member of the squad for 10 years.

“There are many roles a new member can fill, from actively responding to calls as an EMT to assisting the squad in tasks as an associate member, which does not require EMT certification,” Kamp said.

In 1964 the borough’s squad members went through training and provided night time coverage while Red Bank provided daytime coverage. In September of 1965 the squad began full time operations in the borough, according to the first aid squad’s website.

Having kept the squad’s ambulances in top running condition Kamp said, “Being a member of the squad brings a tremendous sense of service to the community. While doing so, there is also strong friendships that develop between members.”

There are approximately 35 members. These members serve in different roles. Some are actively responding to calls, while others have a specific role, such as executing the squad’s annual fund drive or ensuring the inventory in the squad’s ambulances are up to date, according to Kamp.

To join the squad the first step is to contact an existing member or visit the squad’s website, according to Kamp.

“Certainly joining the squad in any role is the most significant way a resident can support the squad. Financial support, via our annual fund drive is also important as financial pressures are impacting the squad as they are impacting all governmental organizations,” Kamp said.

To join the First Aid Squad contact Michael Aufiero at 732-996-8888 or visit www.shrewsburyfirstaid.org/join-the-squad/.