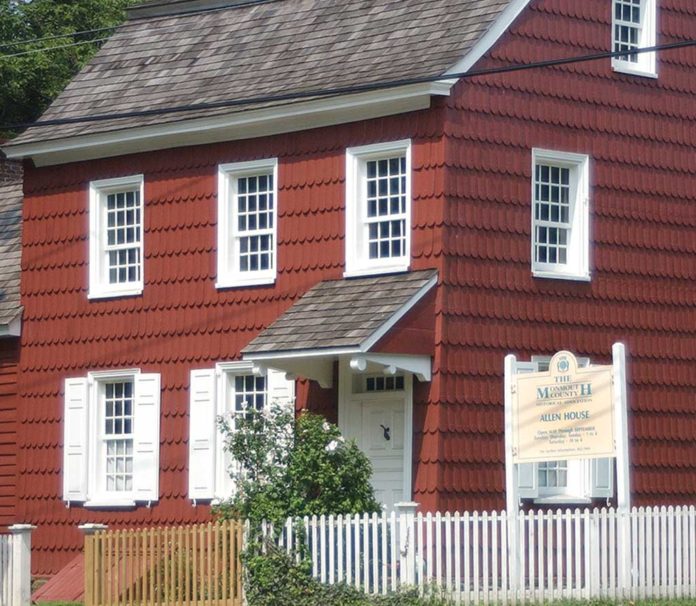 Cut down speeding, improve traffic control and the installation of bike lanes were among the issues that were touched upon when the Shrewsbury Borough Council members and officials recently met with residents.

“The goal of our meeting is to try to get some input, feedback and information on some of the streets and some of the issues or concerns that people may have. So that going forward, for planning purposes, we can have some good information going forward to plan our projects,” Councilwoman Deidre Asadourian said.

A traffic safety roundtable discussion was held on Nov. 20 at the municipal building where council members were joined by Lt. Daniel Calicari and Patrolman Matthew Clark from the police department and Borough Engineer David Cranmer, who listened and offered answers to concerns raised by an estimated 15 residents who were in attendance.

One resident, Walter Huresky, who is the director for the borough’s Safe Routes to Schools program, represented the audience on the hot topic of the meeting – excessive speeding.

Speeding on White Street was one area that presented concerns.

“That is a big issue, there are children riding their bikes and that is the main street directly to get to school. People funnel to [White street] to get to there, so definitely that is the main issue with White Street,” said Borough Administrator Thomas Seaman.

The council announced that it will apply for a NJDOT grant to combat the speeding problem on White Street. The borough is currently looking into potential speeding reducing features such as stop signs, rumble strips or speed bumps, according to Seaman.

Seaman said the borough also applied for a New Jersey Department of Transportation (NJDOT) grant to make various improvements on Obre Place, which is a street that is located in front of the Shrewsbury Borough School building. The school serves students from pre-K through eighth grade.

For Obre Place, the grant would fund roadway, sidewalk and curbing improvements and  install traffic control features, according to Seaman.

“We are beginning the scoping phase of the improvement to Obre Place. This will determine what features will be recommended,” Cranmer said.

Another roadway area in the borough that has resulted in concerns is the speeding being reported on Monroe Avenue and North Monroe Avenue.

“It just seems to be getting increasingly worse,” said resident John McNee.

According to Seaman, drivers apparently prefer to cut onto Monroe Avenue and then turn onto North Monroe Avenue to reach White Road, a route that motorists take in an attempt to avoid the traffic light that is located at Broad Street.

“Just to fill everybody on the Monroe and North Monroe situation, we have begun discussions with the Department of Transportation, that since whatever we do, that street will have a positive or adverse impact on the traffic signal there,”  Cranmer said.

Cranmer told the residents that he has been involved with the NJDOT and the borough has prepared three or four alternatives to address the speeding and traffic issues on North Monroe and Monroe avenues.

The goal is to implement the construction project for both roads in the spring by using a $255,000 grant that the borough received for the project, according to Cranmer.

“I think the preferred alternative from our end is to simply cut it off at Broad Street so that cars can’t go there,” Cranmer said.

If the borough chooses to cut off the turn so that drivers on Broad Street cannot turn onto Monroe Avenue, the challenge is to confirm that fire trucks can get on Monroe Avenue, according to Cranmer.

After speaking with an official at the NJDOT who handles traffic lights, Cranmer said that if the borough cuts the entrance to Monroe Avenue, then the NJDOT would have to re-time the traffic signal on Broad Street.

“We will arrive at something whether that it’s cutting it off like we want to do or a no turn during certain hours or some other solution. But we are working on it. We have to reach out to the DOT. They are part of our process and the police department has been very involved with this. So your concerns and your comments did not go unnoticed,” Cranmer said.

Resident Thomas Menapace, who is a bicyclist, offered a suggestion to the council and officials.

He explained that if the borough installed bike lanes on Sycamore Avenue, it would be best to have the bike lanes continue into neighboring Tinton Falls and Little Sliver. His reason, he said, was that Sycamore Avenue is a Monmouth County road. That would attract more communities to become involved.

“If we are going to create bike lanes on a county road like Sycamore [Avenue], we are going to have to have a county effort and a big buyout by the towns. And all the towns to be involved on a collective basis to push this through,” Menapace said. “Now obviously bike lanes on Sycamore Avenue are going to benefit a lot of people. A lot of our kids ride along Sycamore [and] a lot of adults who do exercise ride their bikes on Sycamore. This would be great, but like I said, it will take a much bigger plan and it is not something you folks can resolve on your own.”

Menapace also addressed the meeting on the issue of having parents teach bike safety to their children.

He urged parents to have their children wear bright clothing, wear a helmet and install bike lights on their bicycles.

During the meeting, Menapace showed residents several different bike light devices that parents could purchase at local stores or online.