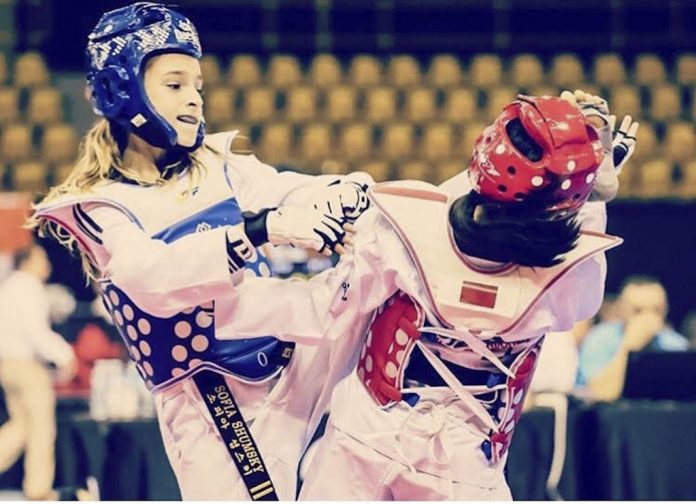 Sofia Shumsky, left, a 12-year-old Taekwondo student from Monroe, competed at the AAU Taekwondo National Olympic Sparring Team Trials in Fort Lauderdale, Florida, on Dec. 9. She earned the right to compete at team trials by winning a bronze medal at the AAU Taekwondo National Championships held in July. Sofia, who is a seventh grade student at Monroe Township Middle School, was the youngest competitor in her 12-14-year-old age bracket, fighting the other three athletes who qualified in a round robin format, and lost in a tie-breaker fight in the semifinals. She trains at Fastkix Taekwondo in Spotswood. Sofia has earned three gold medals and five bronze medals in her three trips to the AAU National Taekwondo Championships.