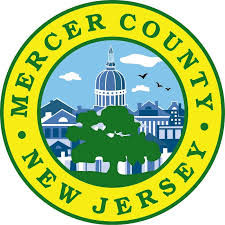 By Lea Kahn, Staff Writer
Seven teenage suicides in the last 20 months in Mercer County is seven suicides too many, and the 10 Mercer County public school district superintendents are determined to do something about it.
The superintendents have arranged for the Traumatic Loss Coalition to present a program on teenage mental health and teenage suicides next month at Rider University in Lawrence Township.
The event is set for Jan. 9 at 7 p.m. in the Cavalla Room at the Bart Luedeke Student Center at Rider. The Traumatic Loss Coalition at Rutgers- University Behavioral Health Care is the state’s primary youth suicide prevention program.
The superintendents outlined their concerns about teen suicide and mental health issues – and the need to take action – in a letter signed by each of the chief school officers.
The superintendents’ letter notes that in the past 20 months, there have been seven confirmed suicides of teenagers who either lived in Mercer County or who attended schools in Mercer County.
“These deaths are not always attributed to our county because of the way in which deaths are recorded, but make no mistake. These are our students. We are heartbroken by the senseless loss of our children,” the superintendents wrote.
“To all of us, one death is too many. What should further concern everyone is the alarming number of students who are referred for mental health services, sent to crisis centers or hospitalized for self-harming acts or ideations,” they wrote.
The letter cited the 2016 New Jersey Suicide Report, published by the state Department of Children and Family. Nearly 2,800 young people between 10 years old and 24 years old were treated in hospital emergency rooms from 2013 to 2015.
Mercer County, Warren County and Ocean County had the three highest rates of suicide attempts/self-inflicted injuries seen in hospital emergency rooms, according to the report.
In that same time period, there were 269 suicide deaths statewide. Boys accounted for 73 percent of deaths and girls accounted for 27 percent.
The letter pointed out that the public schools offer counseling services and provide parent and student counseling aimed at preventing suicides. Suicide, depression, anxiety, stress and mental health are included in the health curricula.
“Our staffs are trained, but we can always do more. The concerns are complex and multifaceted. Each tragedy is unique in its own right,” the letter said. Everyone has a role to play in creating connections with students and making it safe for them to ask for help.
“Students must know they are not alone. Families must know they are not alone. We must be willing to acknowledge that depression, anxiety and stress exist, and that gone unchecked, (they) can have destructive and toxic impacts,” the letter said.
That’s why the superintendents have issued a “call to action,” whose first step is the Jan. 9 meeting at Rider University. The goal is to create an opportunity for continued dialogue among mental health providers, educators and the community at the forum.
The superintendents’ letter was signed by Thomas Smith of the Hopewell Valley Regional School District; Richard Katz of the East Windsor Regional School District; and Steve Cochrane of the Princeton Public Schools.
It was also signed by David Aderhold of the West Windsor-Plainsboro Regional School District; Crystal Edwards of the Lawrence Township Public School District; Kathleen Foster of the Robbinsville Township Public School District; and Fredrick McDowell of the Trenton Public Schools.
Also, Michael Nitti of the Ewing Township Public Schools; Scott Rocco of the Hamilton Township School District; and Kimberly Schneider of the Mercer County Special Services School District and Mercer County Technical Schools also signed the letter.