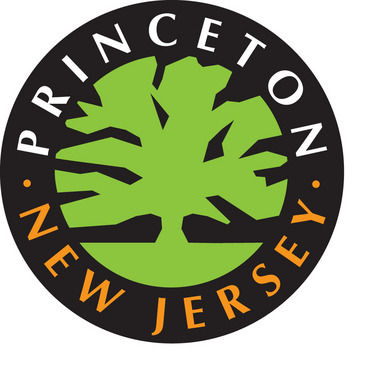 By Philip Sean Curran, Staff Writer
The Princeton Council on Wednesday closed the book on 2017 with members looking ahead to possible policy challenges from Washington D.C., a changing leadership in state government and a looming court ruling on affordable housing.
In some things, the council will have a direct say over, like an eventual rezoning request by Princeton University to redevelop land that Nassau Hall owns on lower Alexander Street. But on other things, the town will not.
Municipal officials are waiting on a ruling by state Superior Court Judge Mary C. Jacobson on what Princeton’s affordable housing requirement will be. The all-Democratic council, part of the local resistance to the Trump administration, will enter the second year of a presidency that Mayor Liz Lempert and other officials have opposed concerning the environment and immigration policy.
One town official, speaking after the final council meeting of 2017, looked ahead to the coming year.
“I think that for me, 2018 is going to be how we respond to … what’s coming to us from the outside and how we respond to the external pressures that we face,” Councilman Timothy Quinn said in pointing to recent changes to the federal tax code that limit the deduction on state and local taxes as an example.
People this week were lining up inside the municipal building to get into the tax collector’s office to pre-pay their property taxes for 2018, to claim the full deduction on their federal income taxes. Meantime, Jacobson’s decision — whenever she finally issues it — will have implications for the town in general, in terms of residential housing growth, and the school district in particular, in terms of more students.
Superintendent of Schools Stephen C. Cochrane and the school board, seeing enrollment grow and projected to grow further still, are planning to have a facilities referendum in 2018 that would have financial implications, in the near and long terms, for the community.
The district is considering opening a new school, buying property and fixing up other schools, including a three-story addition at Princeton High School.
“So I think, again, it’s incumbent upon the town to manage the growth of the community in a way that allows the schools to be able to educate children who are domiciled in Princeton,” said Quinn, a former BOE member.
In 2018, Princeton will begin the sixth year of consolidation — a marriage of two communities held up as a model for others to follow, even though no other towns in New Jersey have followed suit.
“I think everything’s going along pretty much as planned,” said Council President and acting Mayor Jenny Crumiller in adding that officials have been a little slower in melding ordinances from the old borough and the old township.
Yet there is also some uncertainty among the governing body. Incumbent council members Heather H. Howard and Lance Liverman have not said, publicly, whether or not they intend to run for re-election in 2018. Howard said after Wednesday’s council meeting that she would make up her mind in January, while Liverman, traveling out of the state, said in a text message that he is “still deciding.”
“Everybody’s focused on celebrating the holidays,” said Howard in deflecting a question about her political future.
In the meantime, two new members of the governing body, Leticia Fraga and David Cohen, are due to take office in January, and represent a gradual turnover on the council. Veteran members Bernard P. Miller and Jo S. Butler are leaving, which means that half the six-member council will have one year of experience or less.
The coming year also will usher in new leadership to the state. Gov.-elect Phil Murphy, a Democrat, will replace two-term Republican Gov. Chris Christie, on Jan.16.
“Phil Murphy, when he was a candidate, said that he would stand up to (President Donald) Trump, that he would have our backs,” Quinn said. “And I’m waiting to see, exactly, what that means.”
Asked if she wanted to see the new governor and the Legislature undo the 2-percent-property tax cap, Crumiller said: “Locally, we always stay within in it, but I think it’s better to give more control over the municipalities.”
In terms of other decisions that lay ahead, Crumiller said without elaborating that the town “probably” would make “some changes” to its parking system. She said the town also would build a “cold storage” facility, for its public works vehicles and equipment to shield them from the elements, either in 2018 or 2019.