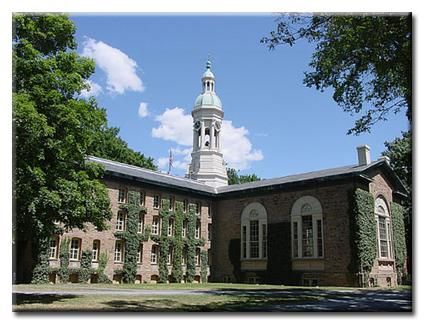 By Philip Sean Curran, Staff Writer
At Princeton University, students can learn from Nobel winners, compete for prestigious awards and, now, have a student-government approved club approved letting them explore the world of “kink.”
“Princeton Plays” is the most recent manifestation on college campuses, particularly at elite schools, of student clubs centered on the sexual practices of BDSM, which stands for bondage and discipline, dominance and submission and sadomasochism. In the parlance of practitioners, “kink” is another word for it.
“Because a lot of times, it’s just curiosity that gets people into this,” said Dr. William R. Stayton, a retired professor at Widener University and past director of the school’s center for human sexuality studies.
The Daily Princetonian, the student newspaper, was the first to report about the club getting official recognition. Members of the club, interviewed for the story, did not give their names. Princeton Plays, which already had been meeting, wants to have “more classes and workshops on and off campus,” the paper reported.
Princeton is the fourth of the eight Ivy League schools — after Columbia, Cornell and Harvard universities — that have an official student BDSM club.
“It’s not so much, I would say, a new interest amongst young people so much as a now a more open or formalized interest,” according to Michal Daveed, spokeswoman for the New York-based BDSM organization, The Eulenspiegel Society, founded in 1971.
Perhaps fueled by the ease of finding like-minded people through the Internet and its portrayal in the “Fifty Shades of Grey” series of top selling books and films, BDSM is moving out of the shadows.
“And over the last roughly decade or so, partially with the advent of the Internet, there’s been an openness in talking about these desires, which has encouraged people, including younger adults, to organize around them,” Daveed said.
“It’s not unpopular among the population,” Stayton said, “and I would think millennials, who are transitioning into being adults, are going to be very interested.”
Michelle A. Marzullo, a professor and chairwoman of the doctoral program in human sexuality at the California Institute of Integral Studies, would not say millennials are more liberal in their attitudes about sex than previous generations, but she argued that they are “more flexible in their ideas.”
“So they’re much more flexible in the way that they think about sexuality in general,” she said of a generation of young people who came out of the debates about marriage and sexuality.
The BDSM club’s arrival and recognition at Princeton comes at a school founded by Presbyterians and that has, on campus, a statue in honor of one of its former presidents, John Witherspoon, a Scotish-born minister.
For its part, Nassau Hall has not said how University President Christopher L. Eisgruber views the formation of the club. The university said there are more than 300 student organizations at Princeton.
“All groups must be approved by the Undergraduate Student Government and register with an appropriate campus administrative office. While these campus offices offer support to student organizations, the university does not endorse any views held or promoted by student groups,” Princeton spokesman Michael E. Hotchkiss said by email. “The university doesn’t withhold recognition of a student organization pursuing lawful objectives just because its aims may seem unorthodox.”
Just like with other student groups, “Princeton Plays” would be eligible to get university funding.
“Funding for student organizations is distributed to support specific events,” Hotchkiss said. “Most such funding is distributed by the Student Projects Board, which reviews applications in a content-blind fashion, focused on the fiscal responsibility of the proposed event. Those funds come from student activity fees.”