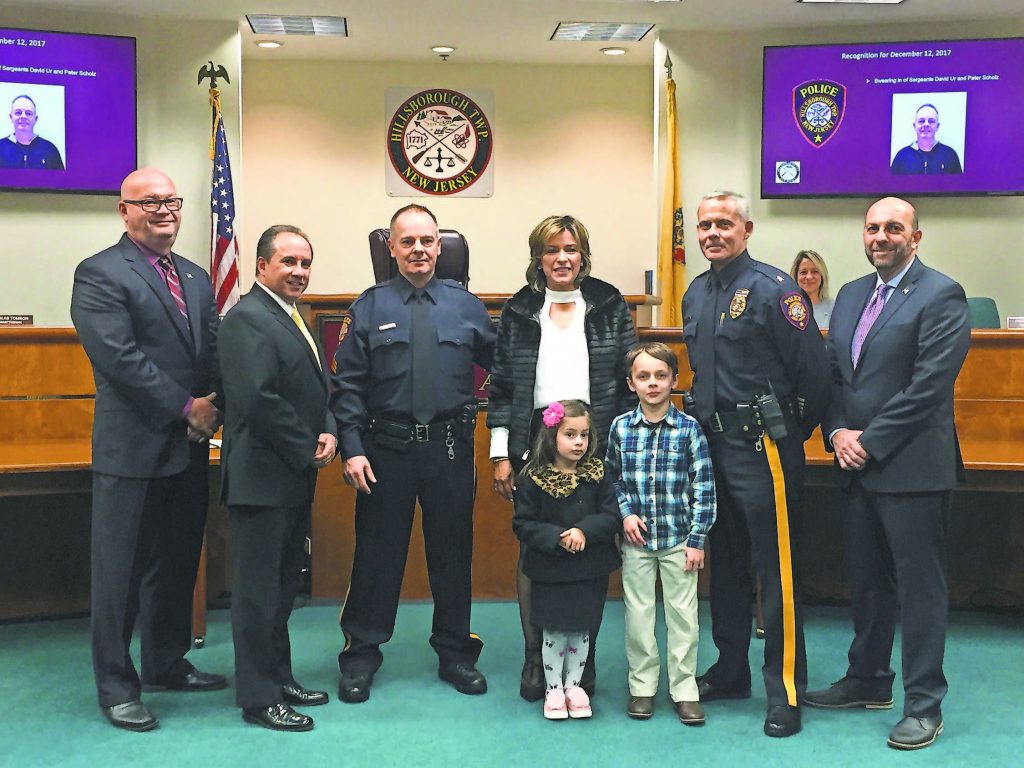 Sgt. David Ur, third from left, was recently promoted to the rank of sergeant. (Courtesy photo)COURTESY PHOTO
× 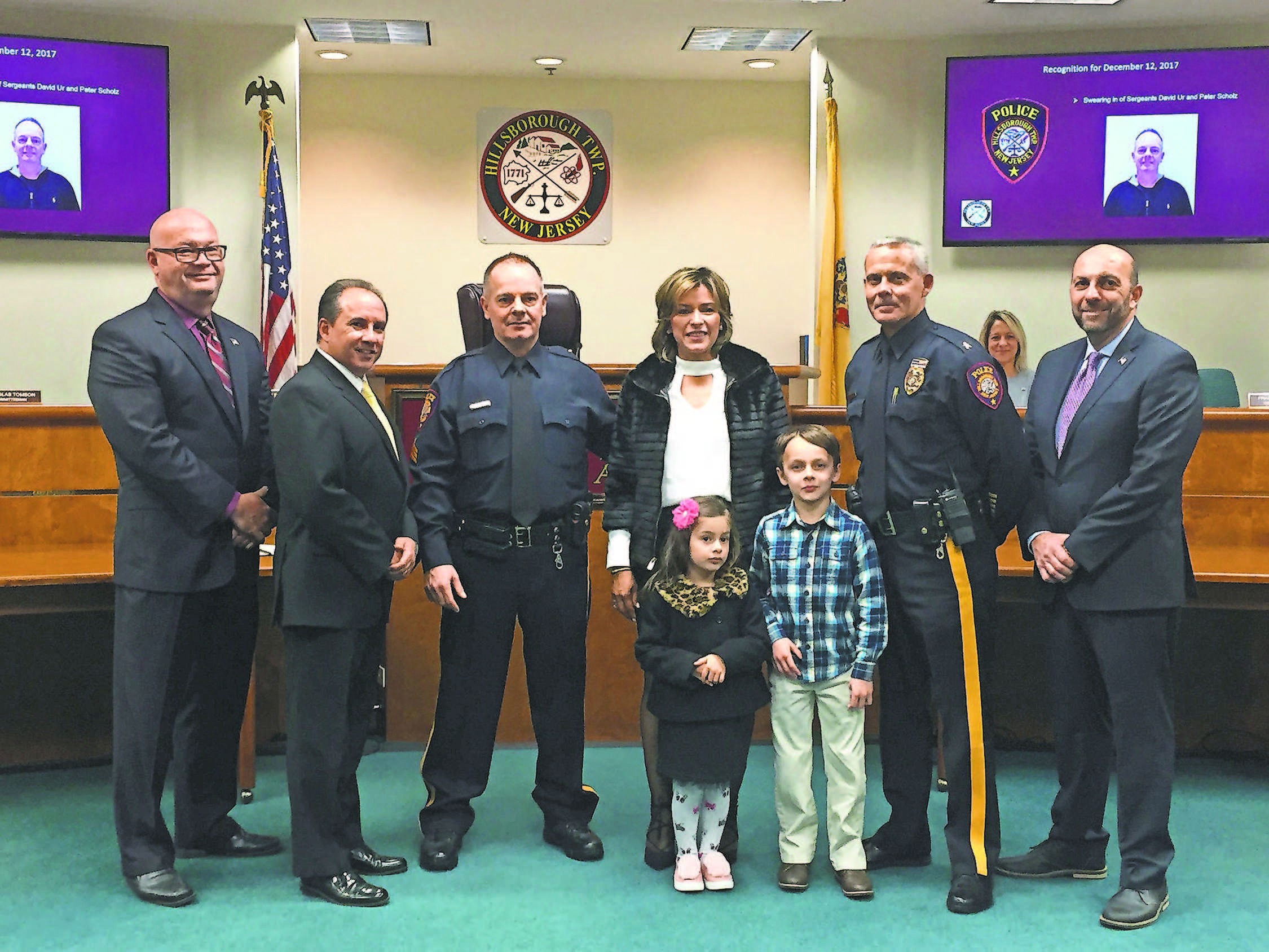 Sgt. David Ur, third from left, was recently promoted to the rank of sergeant. (Courtesy photo)COURTESY PHOTO

Two police officers from the Hillsborough Township Police Department were recently promoted to the rank of sergeant by the township committee, filling vacancies left in those positions.

Flanked by their friends and families, Sgt. David Ur and Sgt. Peter Scholz were sworn in to their new ranks by Mayor Carl Suraci during a township committee meeting last month.

“This is a very proud moment for me,” Ur, who has served on the Hillsborough Police Department since August 1995, said.

According to municipal officials, Ur was initially hired as an officer in the department’s patrol division. He later became a School Resource Officer in the investigative division from September 2008 until June 2009.

Sgt. Ur and his wife Milagros and have three children.

Sgt. Scholz and his wife Judy have two children.