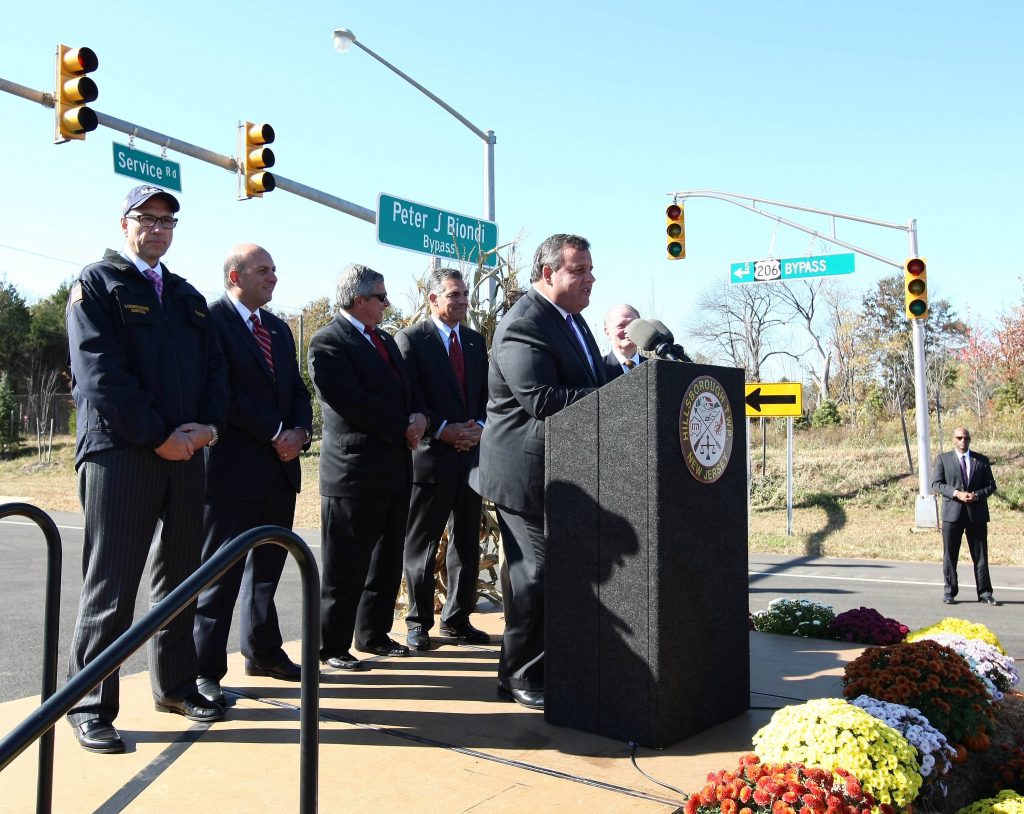 The Route 206 bypass is still on track for completion by Spring 2020, according to state and local officials who met earlier this month for a status update on the project.

On the morning of January 23, Hillsborough Township Mayor Gloria McCauley, Business Administrator Anthony Ferrera, Township Planner David Maski and Assistant Township Engineer Tom Belanger met with New Jersey Department of Transportation (NJDOT) officials to discuss the project, which was been on the Master Plan since 1974.

George Worth, the project manager of the Route 206 bypass, Meredith Hammond, community relations manager at the NJDOT and Matt Loper, Somerset County Engineer, were also on hand to discuss the long-running project.

“We are excited and looking forward to the completion of this phase of the project,” McCauley said.

Since the early ’70s, township officials have considered the Route 206 bypass as a way to ease congestion by shifting traffic to the east of the existing highway between Mountain View Road and Old Somerville Road. Though the project largely remained a concept for decades, then Mayor Carl Suraci called on the New Jersey Department of Transportation to remove the “no-build” scenario from the bypass plan near the end of 2006.

Following a number of environmental studies in 2007, the “no-build” scenario was lifted from the plan and an official design was presented to the Hillsborough Township Committee. By August 2010, then Mayor Frank DelCore was joined by local and state
officials to break ground and officially start construction of the Route 206 Bypass, mid-section.

At that time, the planning stages for the second phase, known as “Contract B,” had an estimated start date of 2012. By March 2012, however, the NJDOT confirmed that the bypass project timeline would surpass what was originally planned while also reaffirming their commitment to the completion of the project.

Last February, the state Department of Transportation (DOT) held a three-hour public informational session that covered the final two phases of the project. At the time, officials outlined a number of delays that slowed progress on the project, including the acquisition of 13 acres of Green Acres land from the Van Der Veer house property, the relocation of utilities and a partial redesign.

The delays largely came after Gov. Chris Christie opened the center portion of the bypass, located between Amwell Road and Hillsborough Road, in October 2013. That 1.7 mile stretch of road, now known as the Peter J. Biondi Bypass, was constructed by the Hillsborough-based Carbro Inc. to the tune of $44 million funded by the NJDOT.

The remainder of the bypass project will also be funded by the state, officials said.

Once completed, officials claim the nearly 4-mile stretch of road will ease congestion along Route 206. That shift in traffic will allow the township to establish a town center/downtown area with opportunities for commercial development.