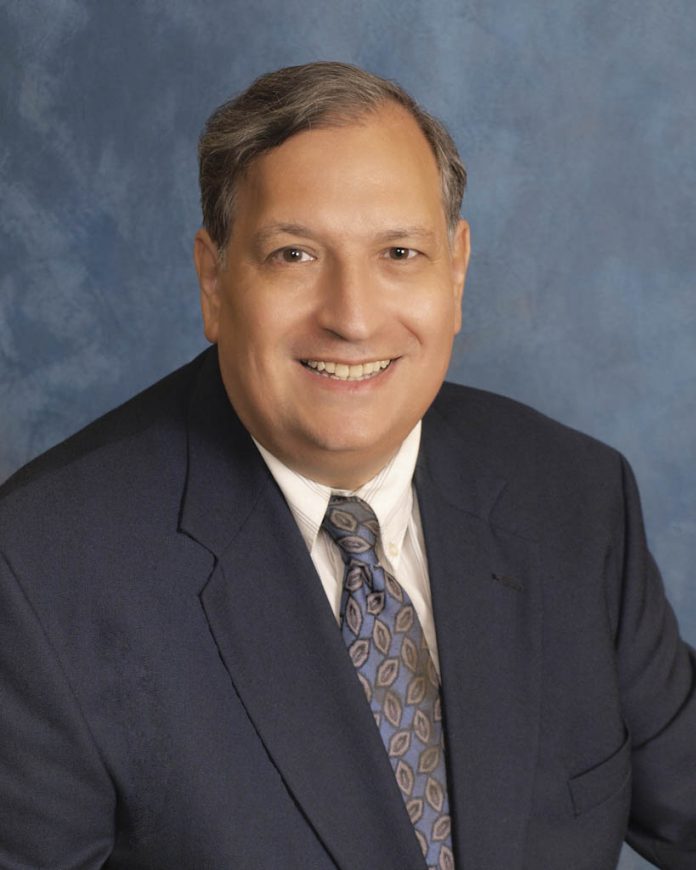 METUCHEN — Dan Lebar was a fixture in the borough — his public service spanned more than 30 years.

The Borough Council held a moment of silence for Lebar, who frequented many meetings, on Feb. 5. Lebar passed away on Jan. 23. He was 61 years old.

Lebar served 25 years as the borough’s representative to the Middlesex County Transportation Committee.

“Dan began his volunteer career with the Friends of the Metuchen Library from 1985-89,” Grayzel said, noting that during his time with the library organization, he served as president.

Lebar was a longtime committeeman for the Metuchen Republican Party, serving as its recent chair.

In the November election, he ran alongside runningmate Richard Menziuso, seeking their first terms on the council.

Menziuso said “brainy, steadfast, defiant, deliberate, difficult, quirky, stubborn and the wizard” are just a few words that come to mind as he reflects on Lebar.

“Dan literally and figuratively lived at the crossroads of what is new urbanization and what was Metuchen,” he said. “His plan was to stay deeply rooted in Metuchen where he had the luxury of living where he worked as an attorney and continue to contribute his time to our town. He was his father’s son.”

Lebar was a Metuchen resident for 45 years. He was born in Perth Amboy. He earned a degree from John Hopkins University in Maryland and a law degree from Seton Hall University. He practiced law in the borough for many years.

Menziuso said it was only within the last few years that Lebar was involved with the Metuchen GOP.

“Prior to that, he contributed in various roles as borough and county committee member, chairman and advocate,” he said. “[Lebar] left an indelible mark for Metuchen as he was notably the founding producer of METV (the borough’s local television station], and an incorporator of Friends of the Metuchen Public Library. Dan’s volunteerism was not fabricated.”

Menziuso said Lebar believed his greatest contribution was being present and active in local and county politics.

“It did not matter to him that he was not an elected official,” he said. “It mattered to him that he was able to influence borough decisions and help prioritize what may not have been on the borough’s agenda for the sole benefit of voiceless residents.”

Menziuso said Lebar had strong beliefs, whether it was about Metuchen’s new direction and the implications or the need for a two-party system.

He said while Lebar did not have a family of his own, he had Metuchen. His backyard was downtown Metuchen.

“[Lebar] left on good terms; he left on his own terms,” he said. “Metuchen lost one more passionate activist who wore Metuchen’s own uniqueness. Metuchen has lost its wizard.”