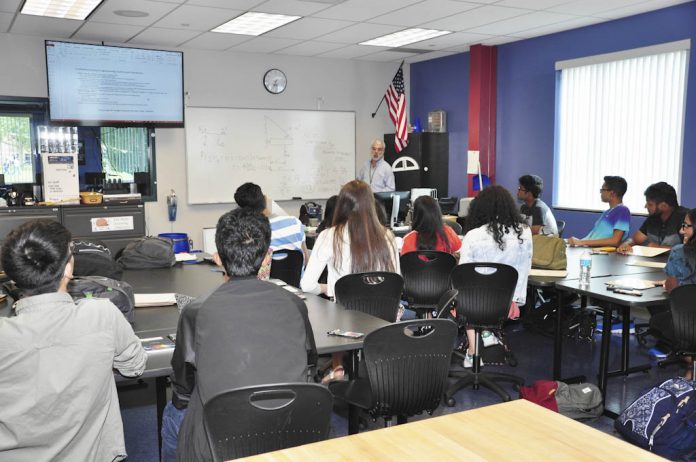 The Middlesex County Academy for Science Mathematics and Engineering Technologies in Edison ranks first among New Jersey public schools in average SAT scores for the Class of 2017.

The Academy for Allied Health and Biomedical Sciences in Woodbridge, another of the Middlesex County Vocational and Technical Schools (MCVTS), was fifth in SAT averages released by the state Department of Education.

“As superintendent, it is my pleasure to recognize the outstanding accomplishments of the students at both of our academies,” MCVTS Superintendent of Schools Dianne D. Veilleux said in a statement released by MCVTS. “These students have dedicated themselves to academic excellence, and their hard work, discipline and talent is reflected in these rankings.”

The U.S. Department of Education designated the Edison academy as a nation Blue Ribbon School of Excellence in 2013, and the Woodbridge academy received the honor in 2014.

The Edison academy also was singled out as one of the nation’s best high schools by U.S. News & World Report, receiving Gold Medal honors in the magazine’s annual rankings since 2013, while the Woodbridge academy also achieved Gold Medal ranking in 2014, 2016 and 2017.

Both Middlesex County academies have selective admission processes based on grades and scores on a standardized admission test, according to the statement. Students take traditional high school courses, as well as specialized courses in their career majors. Courses for advance college credit are offered at both academies.

The Edison academy, which opened in 2000 on the campus of Middlesex County College, offers career majors in civil and mechanical engineering and electronic and computer engineering. The Woodbridge academy opened in 2008, training students for further education in medicine and related fields.