OLD BRIDGE — With Gov. Phil Murphy’s campaign promise to end cannabis prohibition during his first 100 days of office, the Township Council wants to ban the sale of marijuana in the township.

“I don’t want to wait and see what other towns do,” Councilwoman Debbie Walker said during the Jan. 22 council meeting. “We spoke with the police and they think banning the sale of marijuana is the best way to go. Just restricting [sales to] certain areas, [the police didn’t] think it was a good idea. I think we should be on the forefront and be a community that stands up for its residents.”

Township Attorney Mark Roselli said he would research what other townships have adopted and draft an ordinance for a future meeting that bans the sale of marijuana.

Councilwoman Anita Greenberg-Belli said she was contacted by a resident concerned about the impact of the legalization of recreational marijuana in the community.

“We talk about the Municipal Alliance and big drug problems in towns,” she said.

She also said that allowing the sale of marijuana would send a mixed safety message about drugs.

“You are against opioids, but you are for pot. This is really about the quality of life in town. We feel marijuana is a gateway drug we don’t want in our community. If Gov. Murphy wants it in his town, fine, he can have it in his town. We don’t want to put residents at risk,” Greenberg-Belli said.

“[Marijuana is] more difficult [to detect],” she said. “It requires intense training and [it becomes] really costly in towns to train police officers.”

Greenberg-Belli said there are eight other states, plus Washington D.C., which have legalized recreational marijuana.

“They did that through a ballot process and in [New Jersey] the new governor is trying through legislation, that is the difference,” she said. “People should have say in their home state and home communities.”

Greenberg-Belli said another angle to think about is the influx of traffic from people of neighboring states that have not legalized the use of marijuana crossing the borders into New Jersey.

Ward 4 Councilman Mark Razzoli said he is glad to have bipartisan support on the important community issue.

“My No. 1 priority in this community is public safety and education,” he said. “I think our children should come before profit. My responsibility is to protect our most precious asset and that is our children.”

Razzoli, who is a 26-year police veteran, said he has concerns about how the marijuana use is going to be regulated properly.

“Marijuana [on the streets today] is two to seven times more potent than your dad’s marijuana in the 1970s,” he said, while he pointed put that some of the marijuana today is laced with other drugs. “A lot [of the marijuana] is grown inside apartments, homes and all different facilities.”

“Cases relating to driving while high has risen considerably in the [state of] Washington since the state’s legalization from 18.2 percent in 2009 to 32 percent from January to April in 2015,” he said.

Ward 1 Councilman David Merwin said the issue is far beyond the use of marijuana.

Mayor Owen Henry Mayor said there are so many unanswered questions about the topic.

“I don’t know what a dry town in a state that’s legal means for us,” he said. “Would we be missing out on funds for the police department? I don’t know. There are so many questions and all these questions need to be answered for [the council] to make an educated decision on an ordinance that works.”

Henry said he is a big supporter of medical marijuana; however, he said he does not support growing marijuana in the township.

The mayor did say that residents who are in need of medical marijuana should not have to leave the township for it.

“They should be able to purchase medical marijuana in Old Bridge,” he said. “Do we want Old Bridge residents to leave to another community and buy medical marijuana and drive back? There’s so many questions … we will raise every issue and play devil’s advocate.” 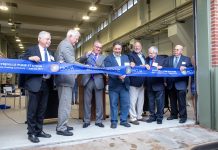