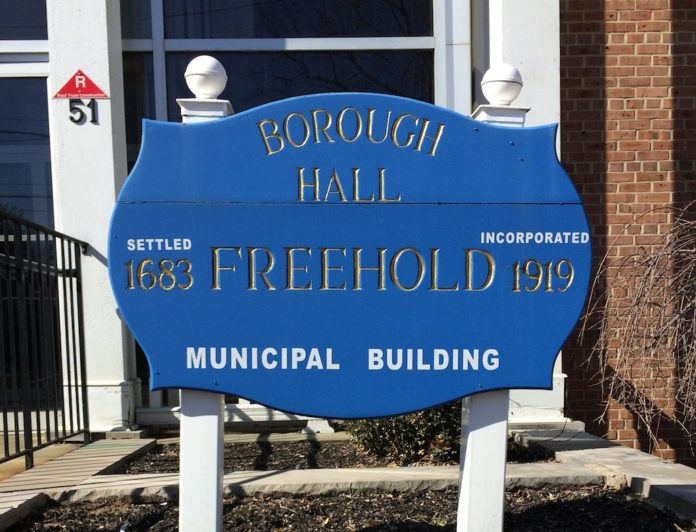 FREEHOLD – The creation of a pedestrian crosswalk on East Main Street is being pursued by the Borough Council.

In December, the members of Freehold Borough’s governing body passed a resolution authorizing Business Administrator Joseph Bellina to submit a Highway Occupancy Permit to the New Jersey Department of Transportation (DOT) for the development of a mid-block crosswalk on East Main Street.

Officials have previously said if a new crosswalk is approved, it will be placed on East Main Street between South and Sheriff streets. State law requires motorists to yield to pedestrians who are in a crosswalk.

The resolution states that the Freehold Borough Bicycle and Pedestrian Plan, as commissioned by the DOT, recommended the installation of a mid-block crosswalk to promote a safe movement of pedestrian traffic in the downtown area, where Freehold’s business district is located.

Borough officials said that as of Jan. 22, there had been no update from the DOT because state departments are in transition following the recent inauguration of Gov. Phil Murphy.