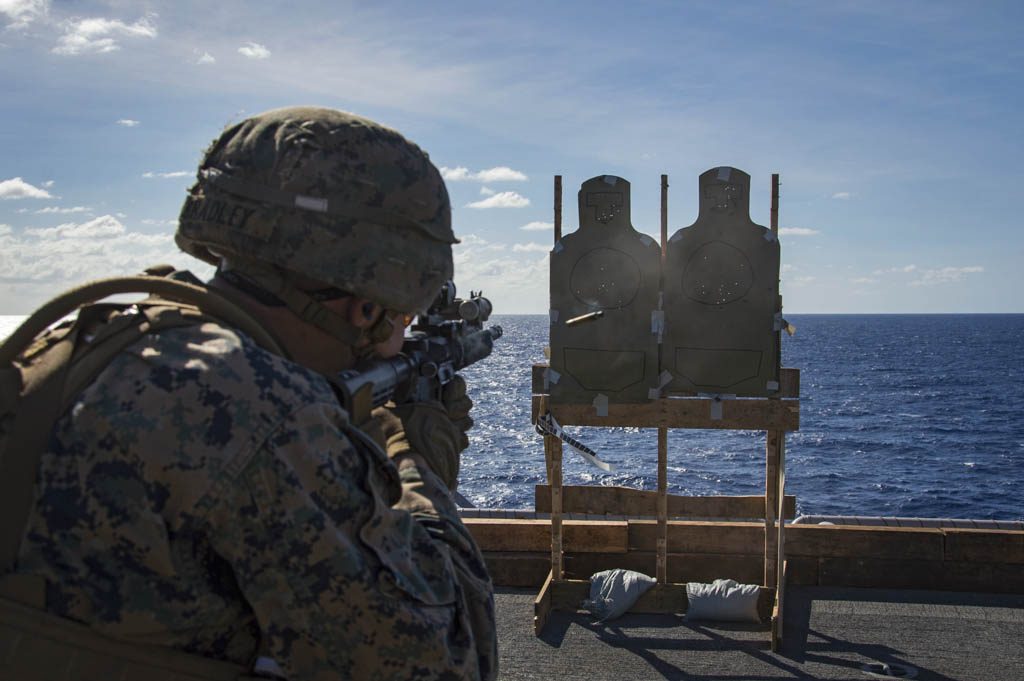 Whoever made the calendar had some days leftover, so they made February. With not enough days to be a real month, February had a real identity problem.  Sometimes it wanted to be a winter month; other times it wanted to be a spring month. Not really being one of either, it got stuffed in after January as a transitional time until Spring. It was a good dumping ground for non-holidays like Valentine’s Day, Mardi Gras, President’s Days or any other event not compatible with the rest of the year.

However, February marked some great moments in our history.

The Japanese thought they had made great advances in destroying our fleet at Pearl Harbor. They did. But, not as they thought. The dreat dreadnaught battleships of yesteryear had been destroyed or sunk. Now roaming the high seas was a new and viable threat for them with the aircraft carrier.

The Japanese had invaded and annexed various island nations from the Aleutians to Solomon Islands into their sphere of influence. Japan needed raw materials and resources to keep its war machine operating. It also wanted to sever the supply and communication line between the United States and Australia. The Japanese didn’t know it, but their code had been broken by Navy cryptographers.

Now, only four months into the war against Japan, Fleet Admiral William Halsey had his Hornet Task Force steaming toward Japan with 16 of Colonel Doolittle’s B-25 Bombers ready to be launched at Tokyo. The Japanese occupied Guadalcanal in the Southern Solomon Islands. They were building an airfield on Guadalcanal with the intent of using it to base bombers for attacks on Northern Australia.

Nimitz now had his carrier task forces headed into the South Pacific when it was revealed that the Japanese intended to attack Port Moresby, New Guinea and Tulagi. U.S. carrier aircraft interfered with the Japanese invasions to the extent that the invasion groups were recalled and a new mission to destroy American aircraft carriers in the Coral Sea commenced.

The May 4-8 Battle of the Coral Sea destroyed more ships and aircraft than ever anticipated. The Japanese Navy left the battle with an unsustainable amount of damage.

The U.S. Navy didn’t fare much better. However, our ability to replace ships, aircraft and aircrews kept us viable.

The Japanese Navy wasn’t done yet. They planned an ambush around Midway Atoll in order to destroy the American carrier fleet. Nimitz read their playbook and the June 4-7, 1942, Battle of Midway literally turned the Japanese Navy into a non-functioning force. Nimitz was now able to effectuate his strategy. On Aug. 7, 1942, U.S. Marines, Army and Naval units invaded Tulagi and Guadalcanal.

The Japanese wanted desperately to hold onto Guadalcanal. They tried to land replacements and more equipment. But, everything seemed for naught. The fighting was fierce for seven months. Then, on Feb. 9, 1943, the Japanese vacated Guadalcanal. The United States had won its first land battle of the Pacific War and gained an airfield.

Richard A Pender is the senior vice commander of American Legion Post 459 in North Brunswick. He writes the occasional historical column for Newspaper Media Group. He can be reached at rapender@netzero.net