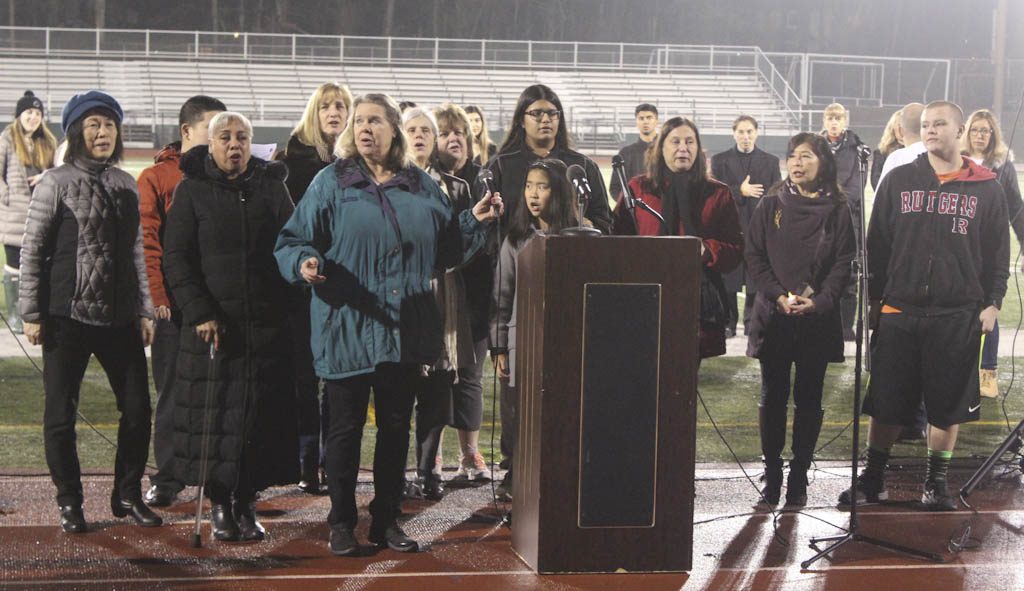 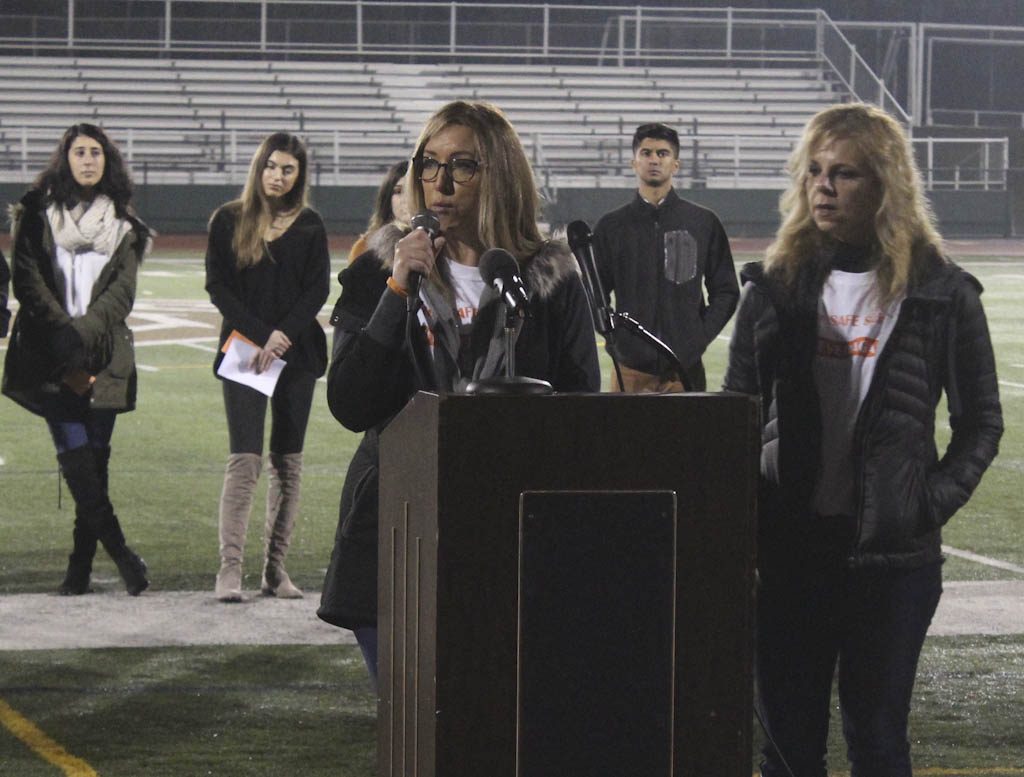 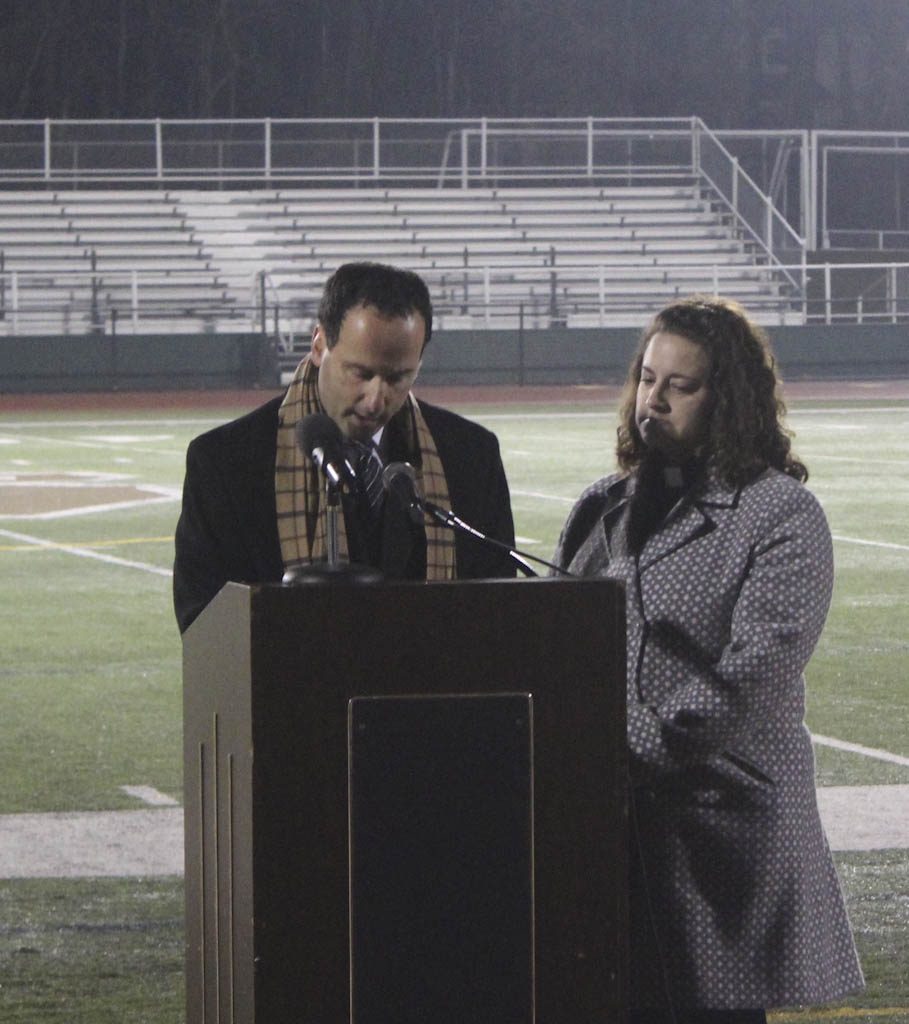 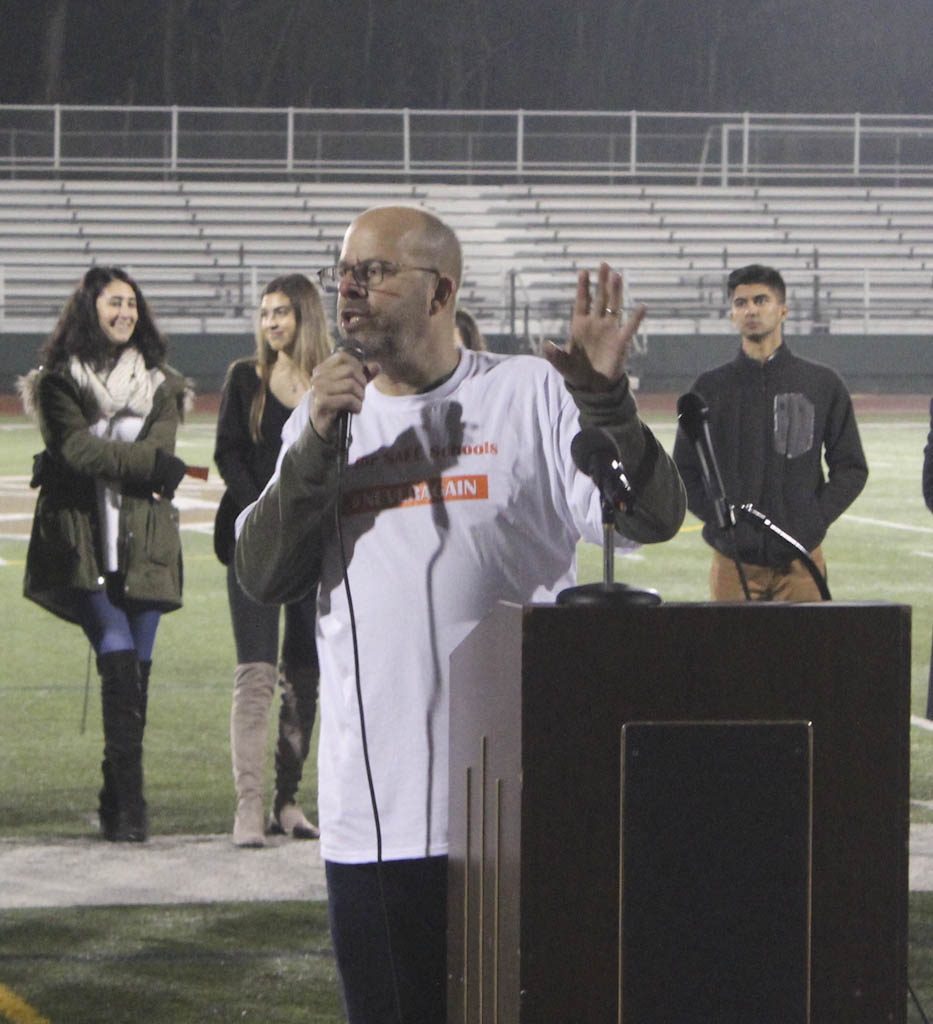 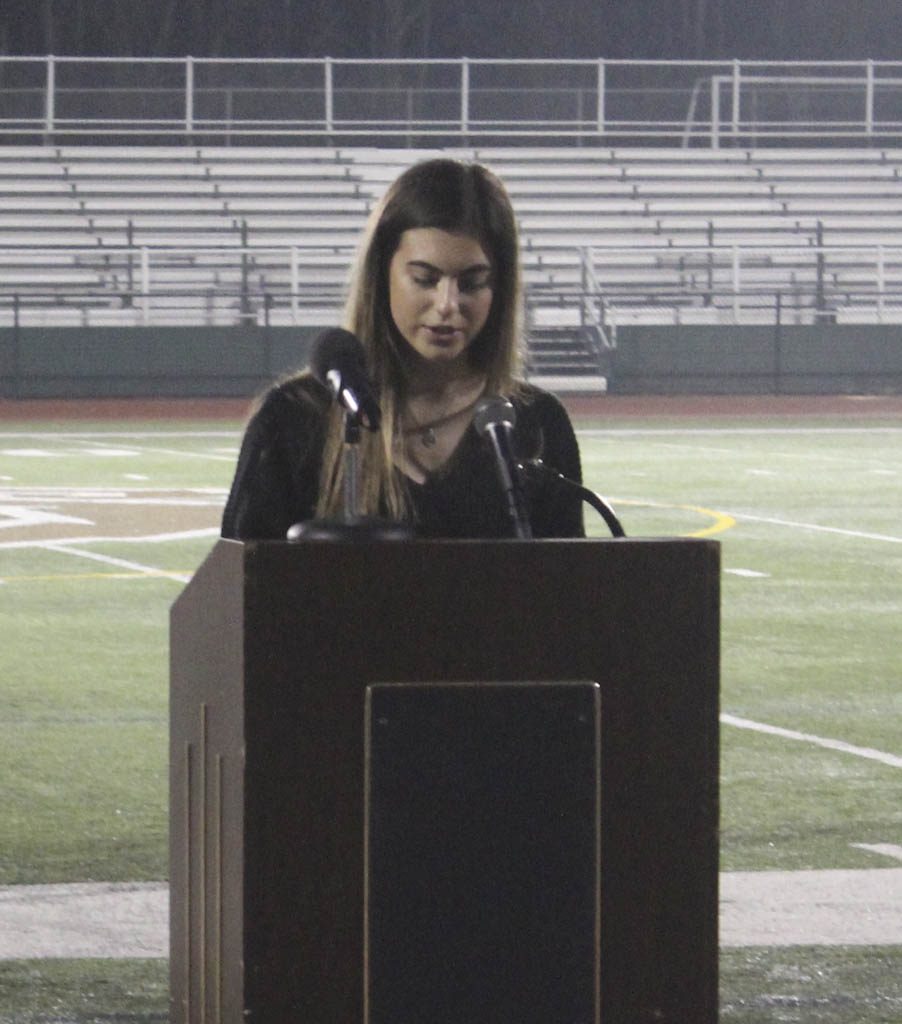 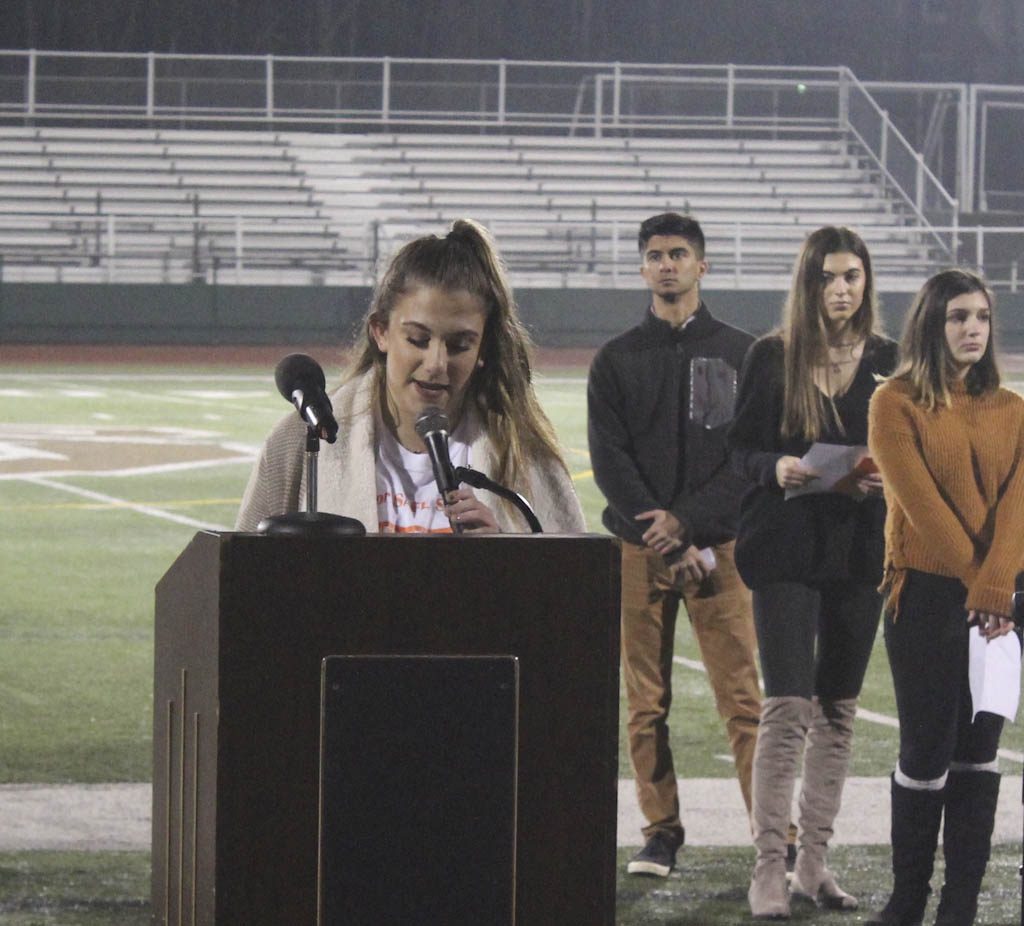 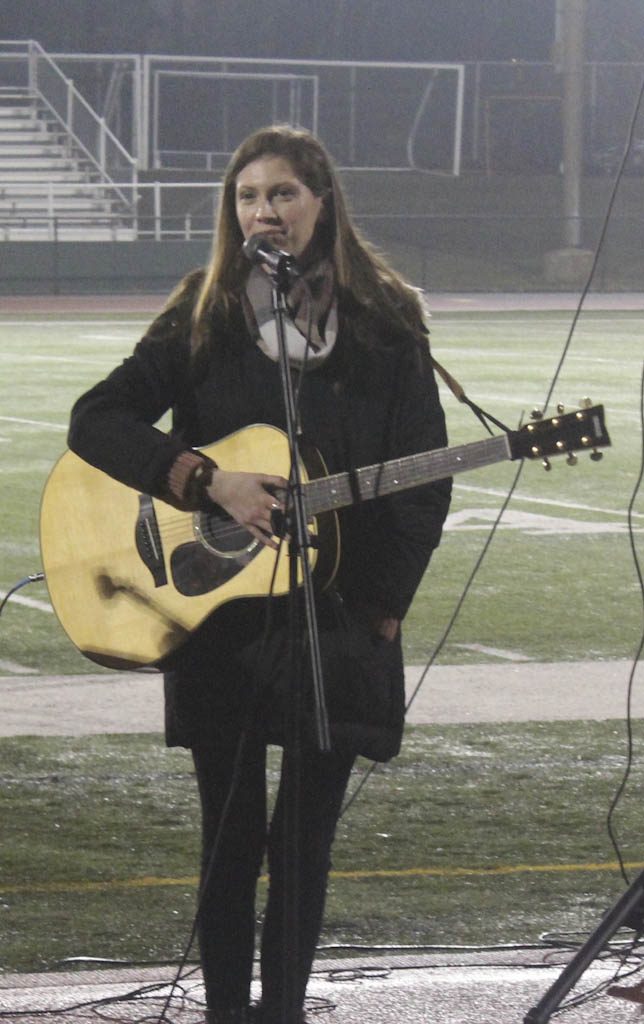 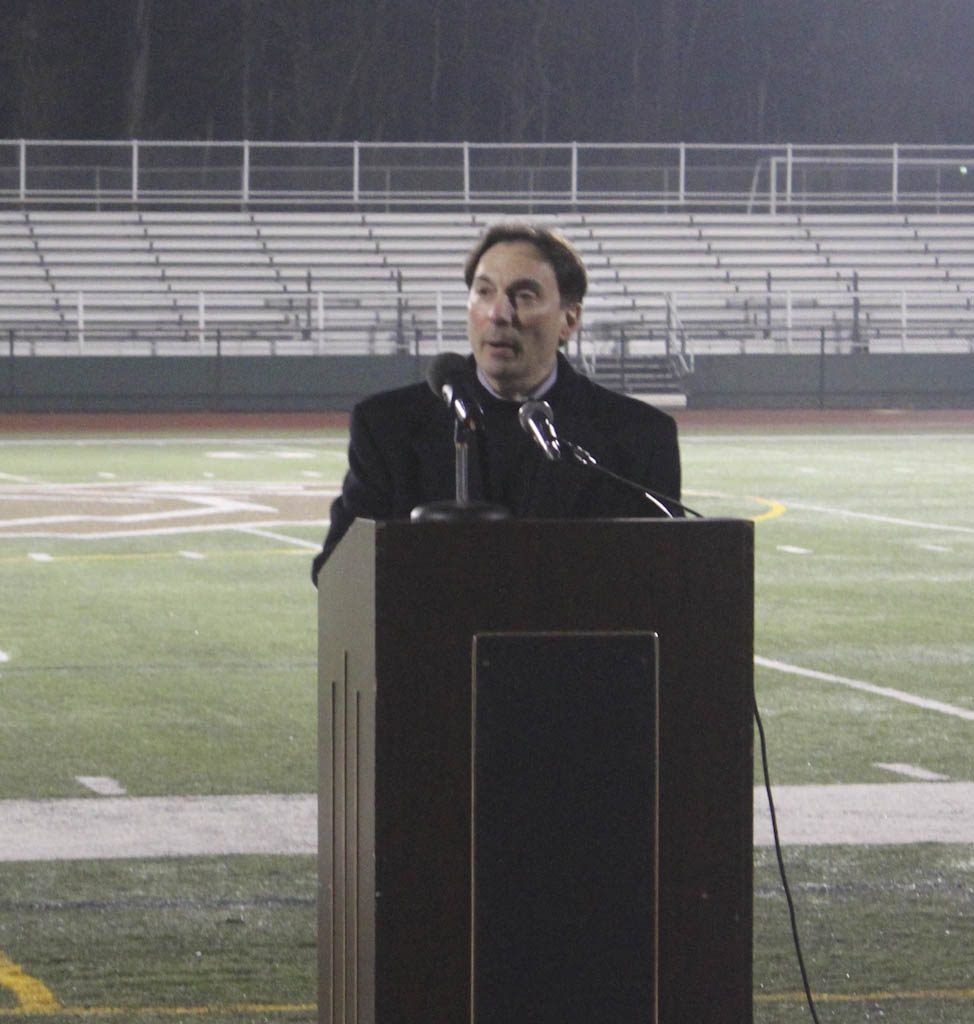 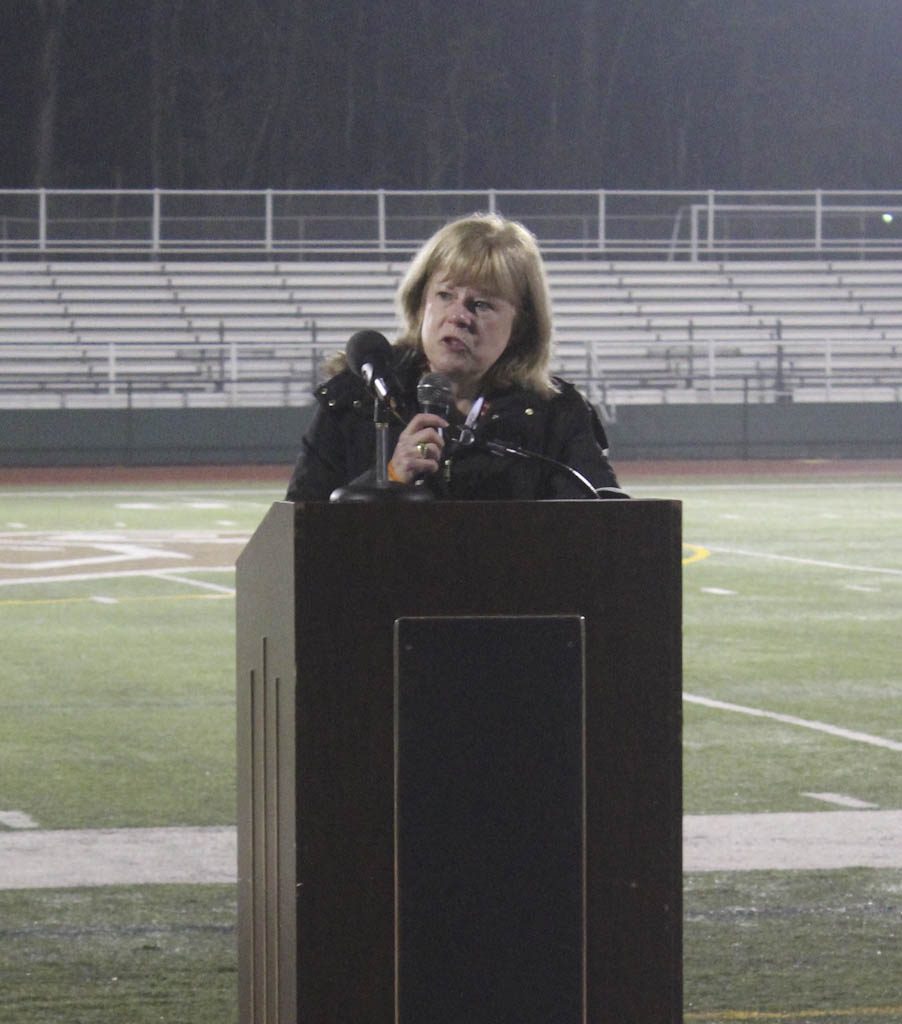 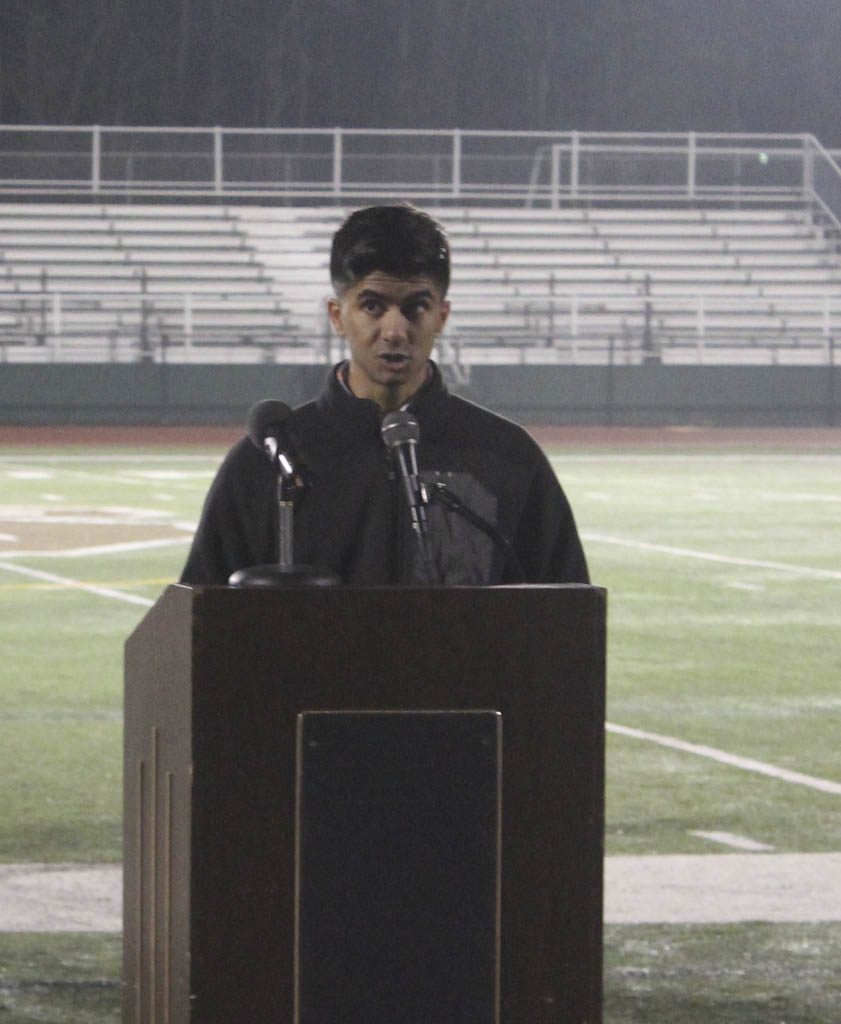 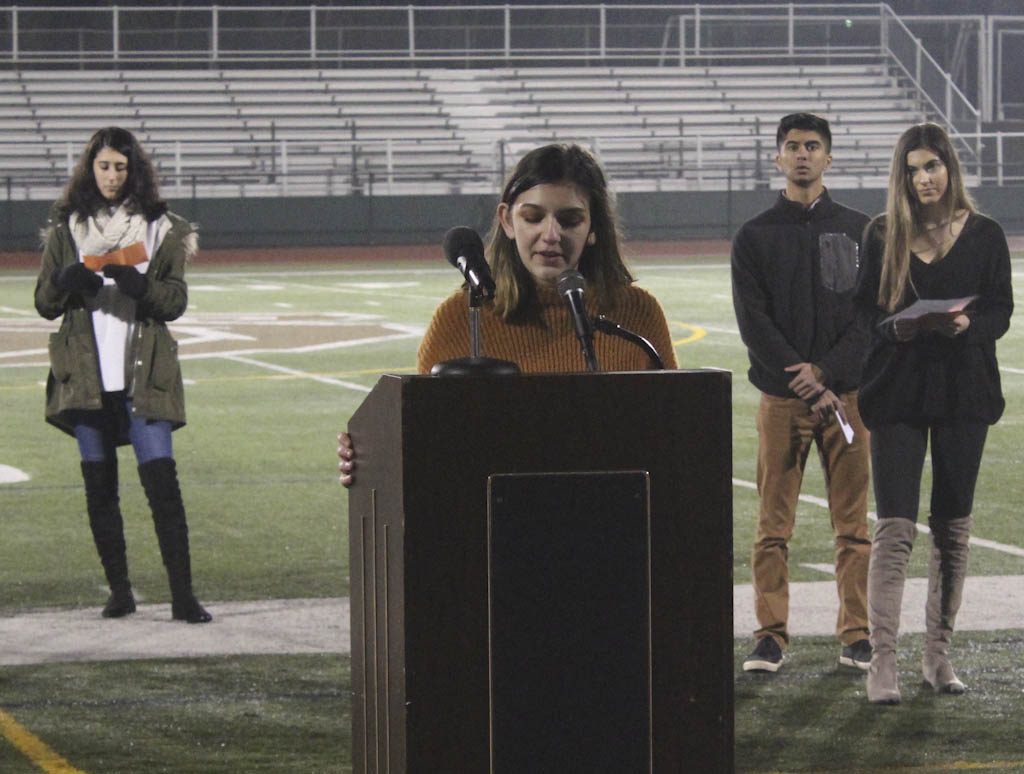 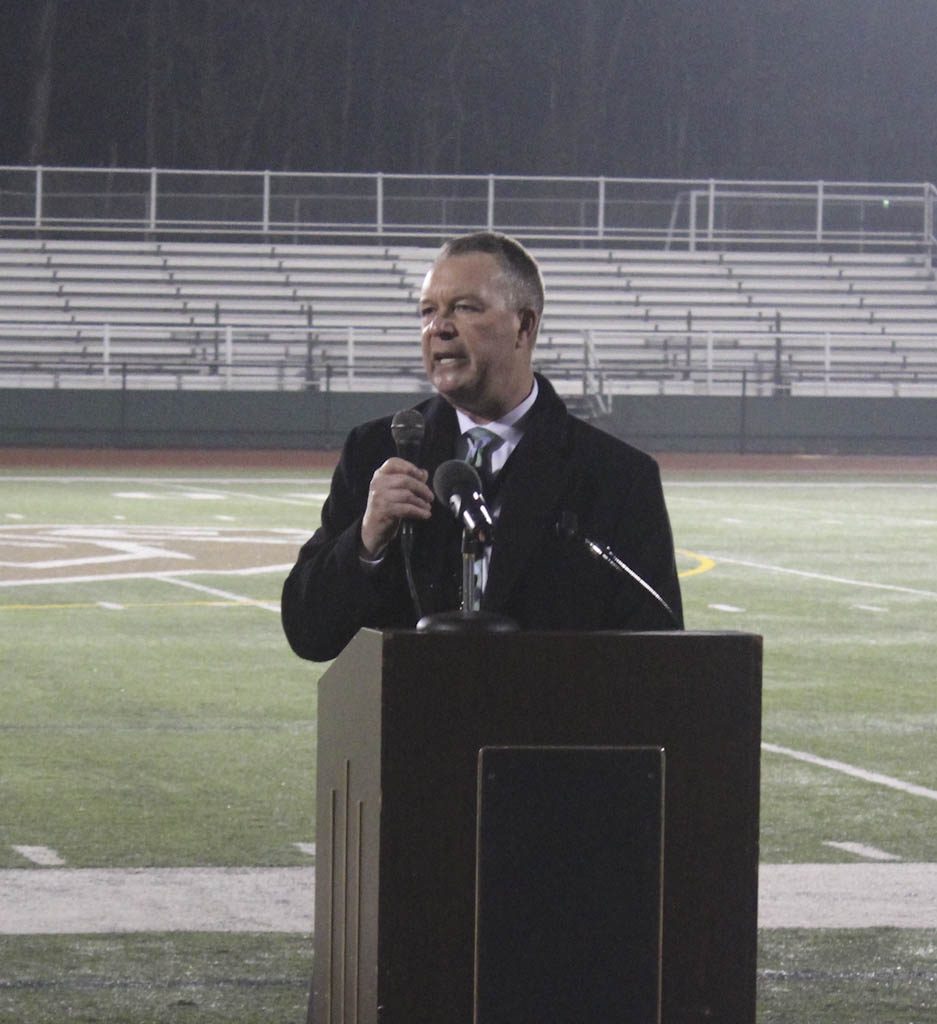 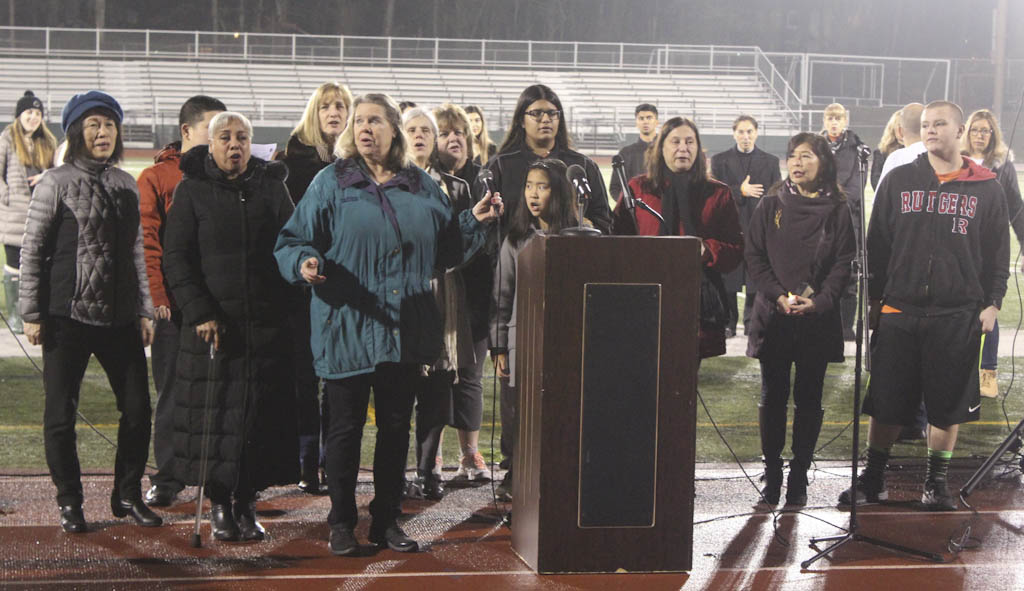 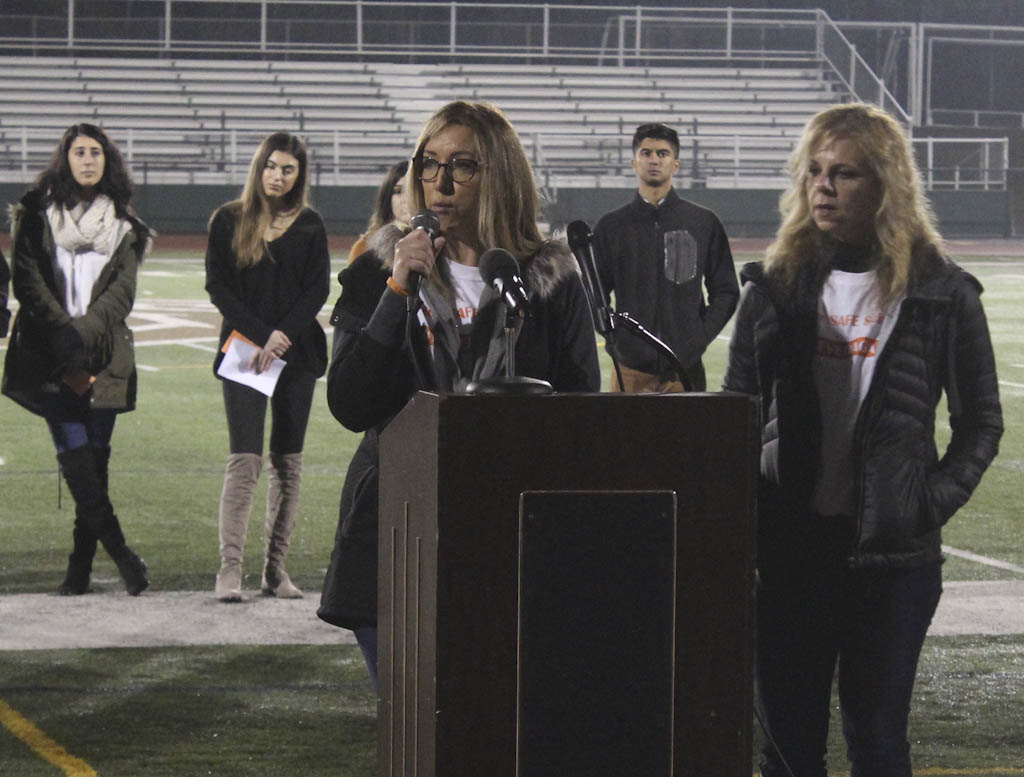 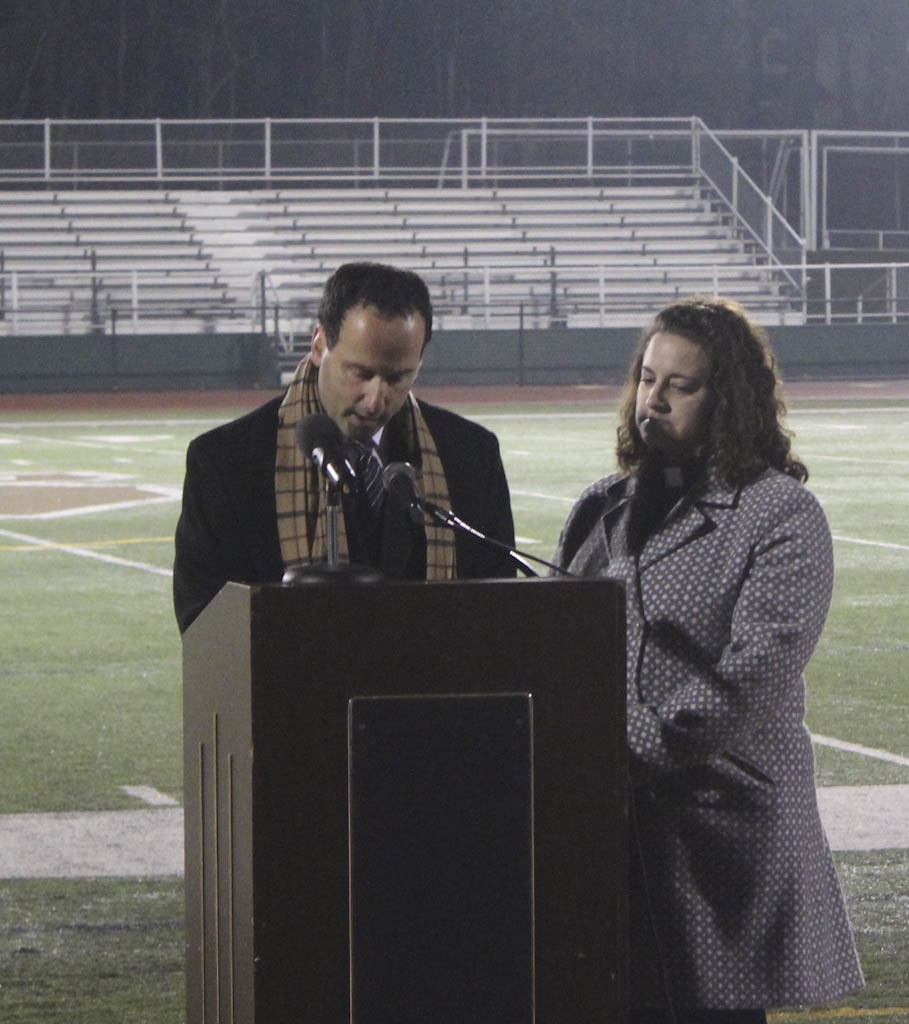 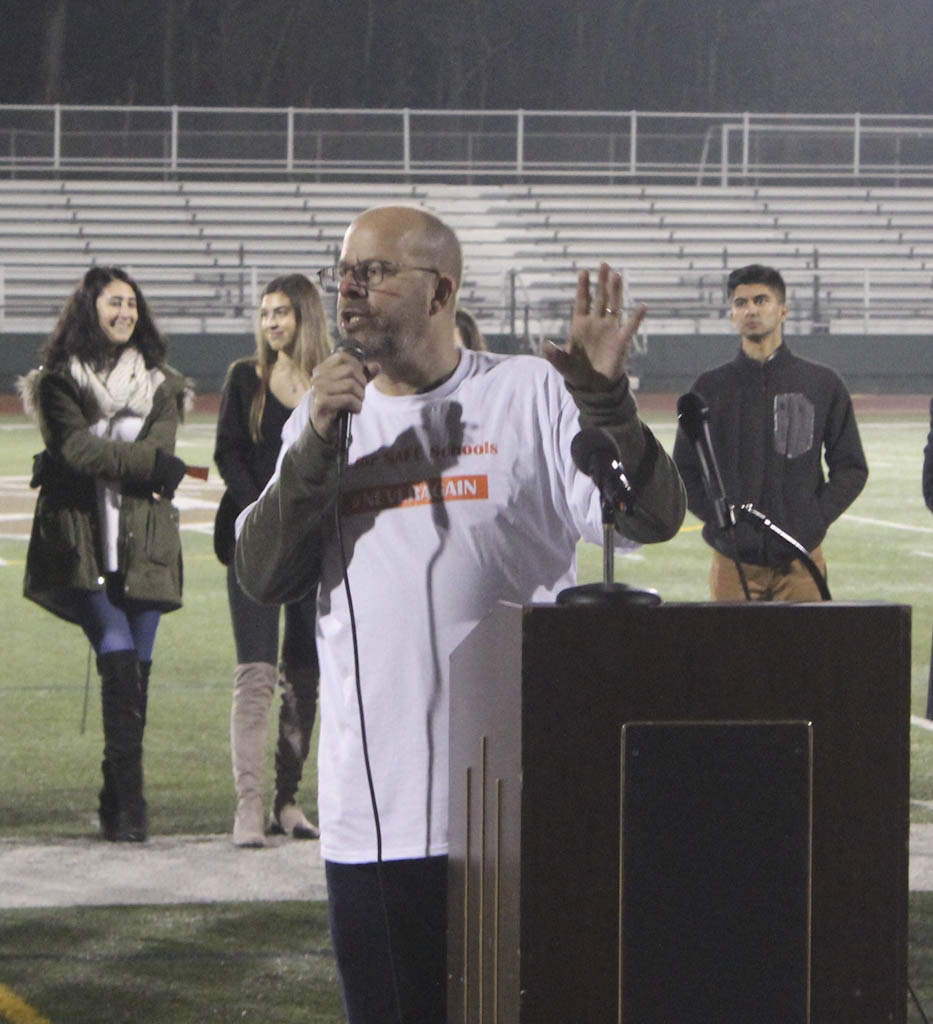 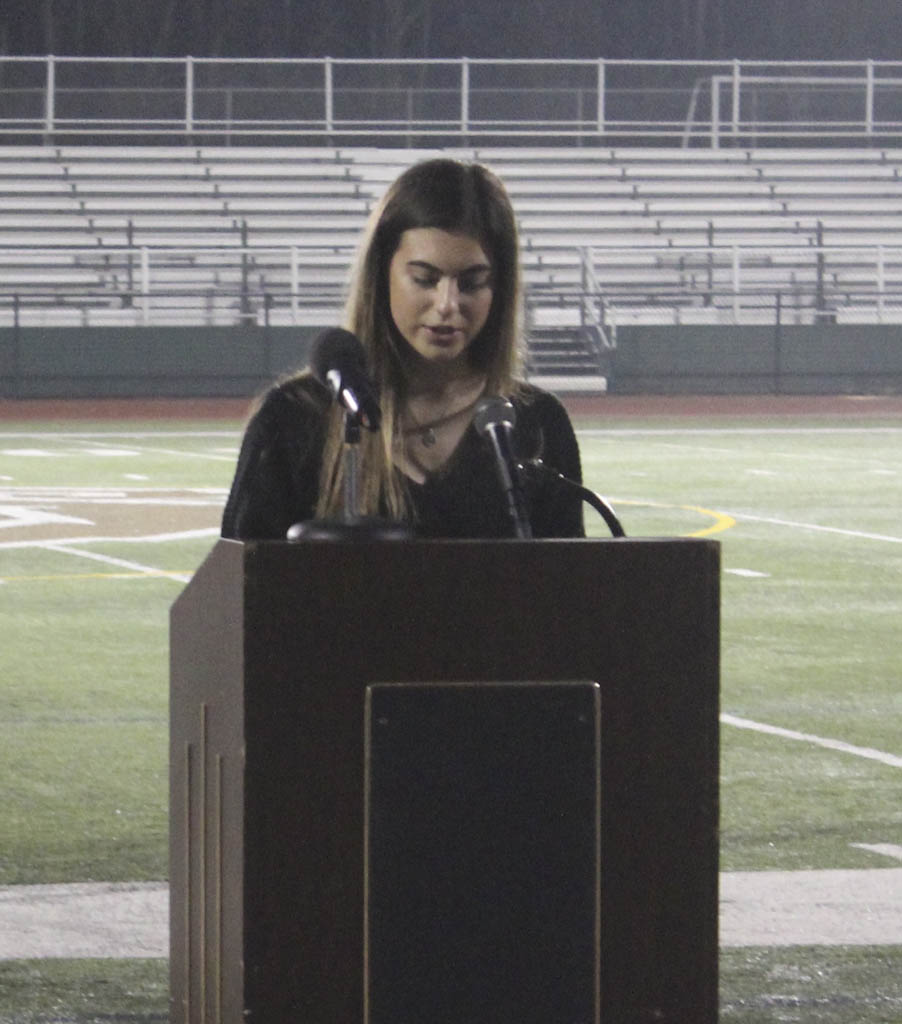 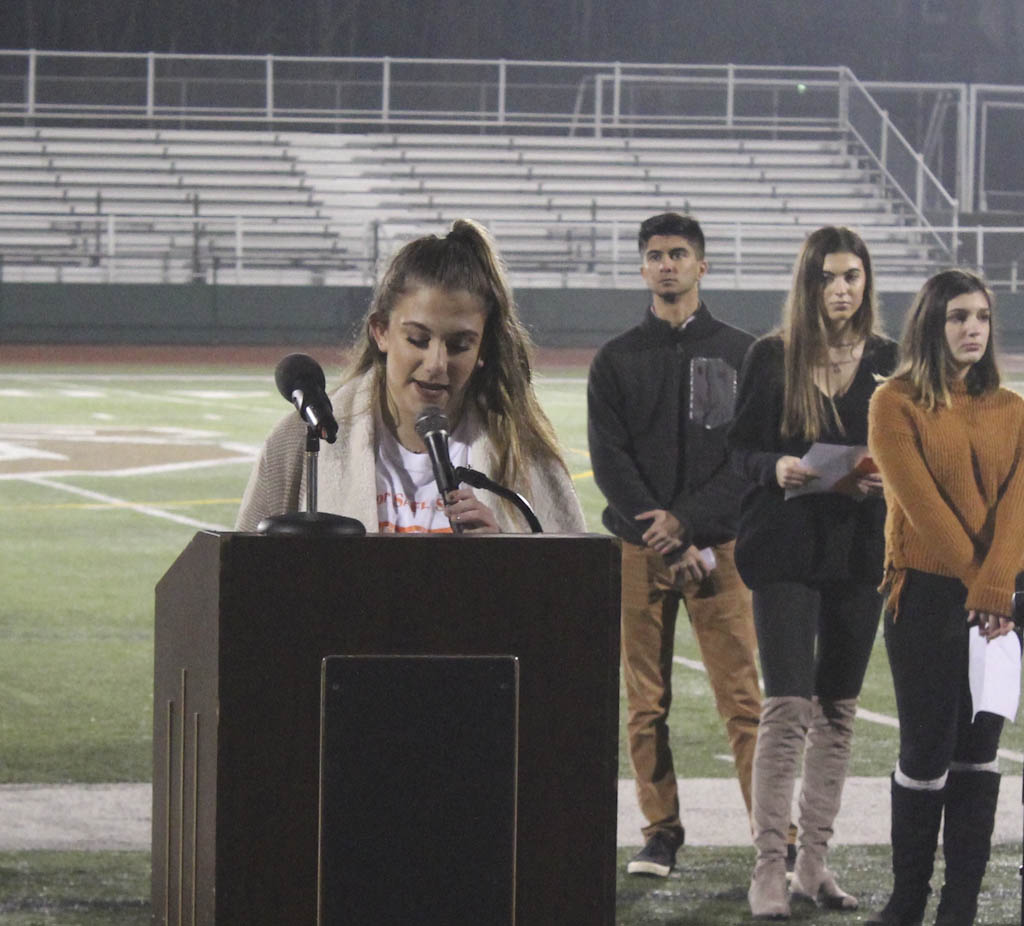 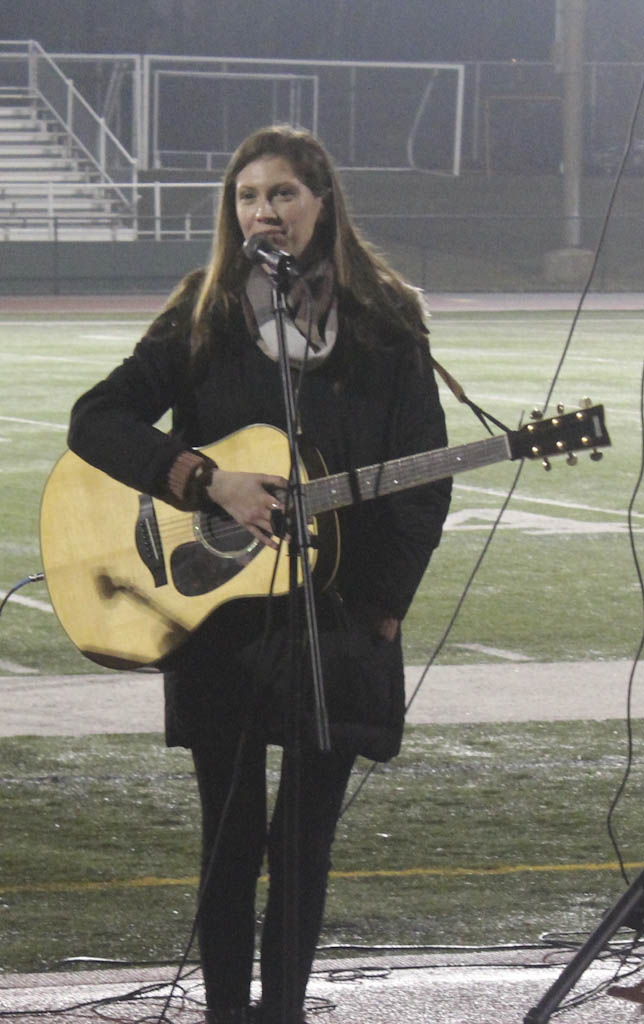 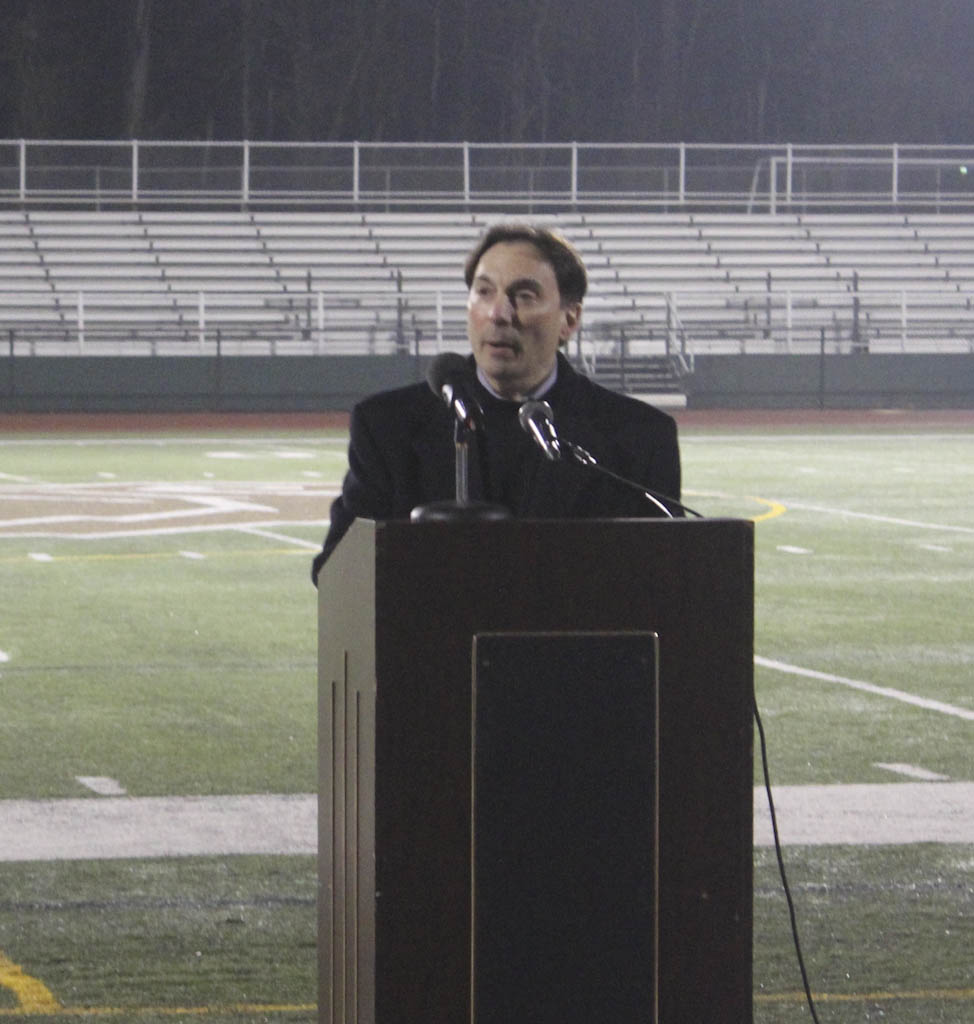 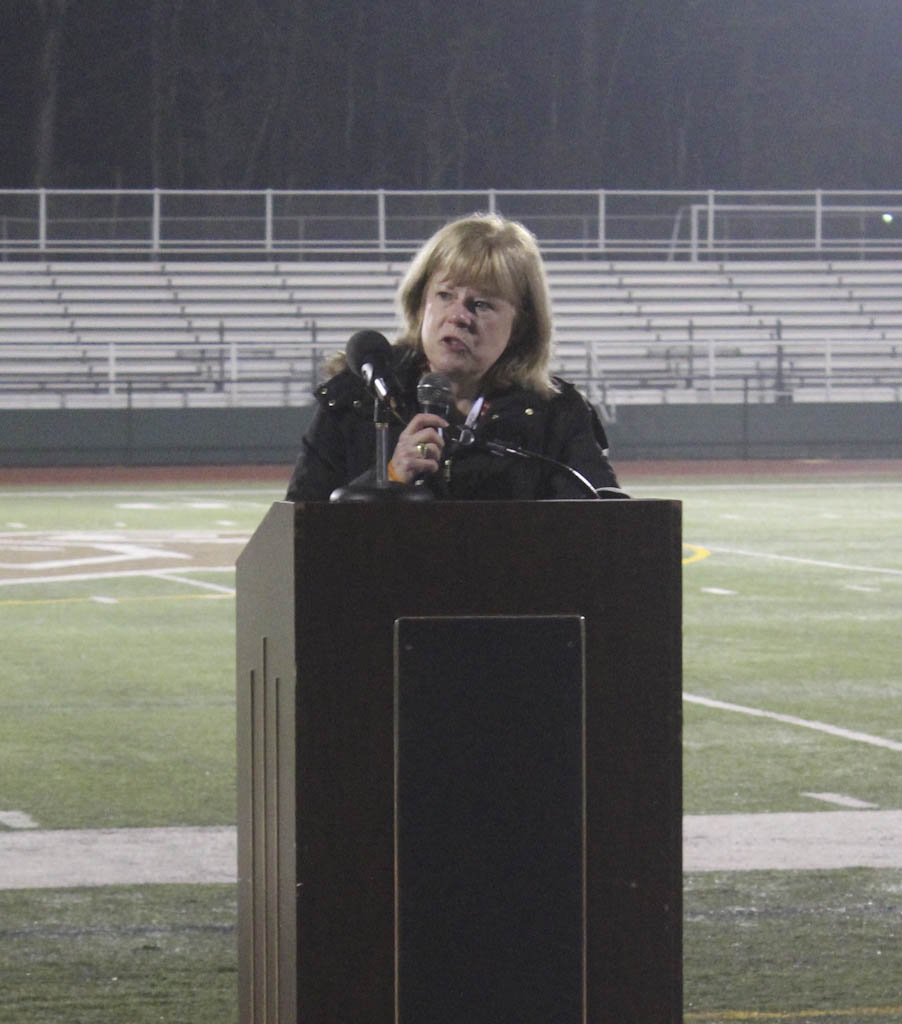 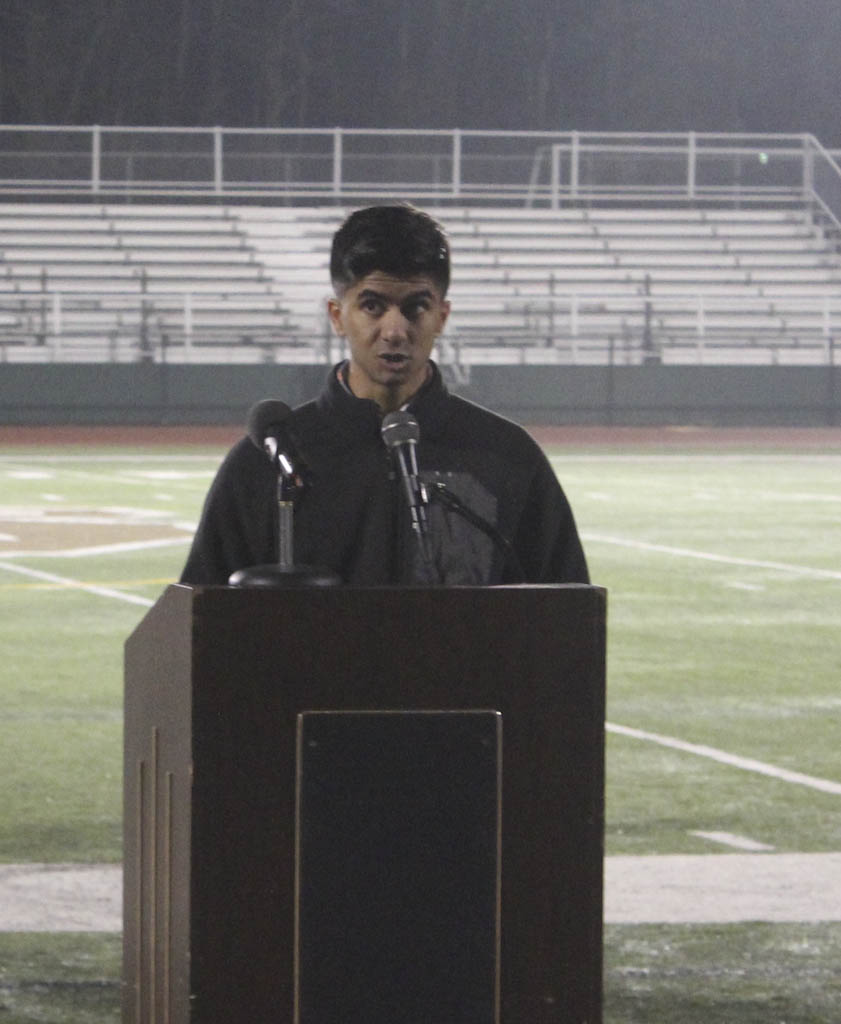 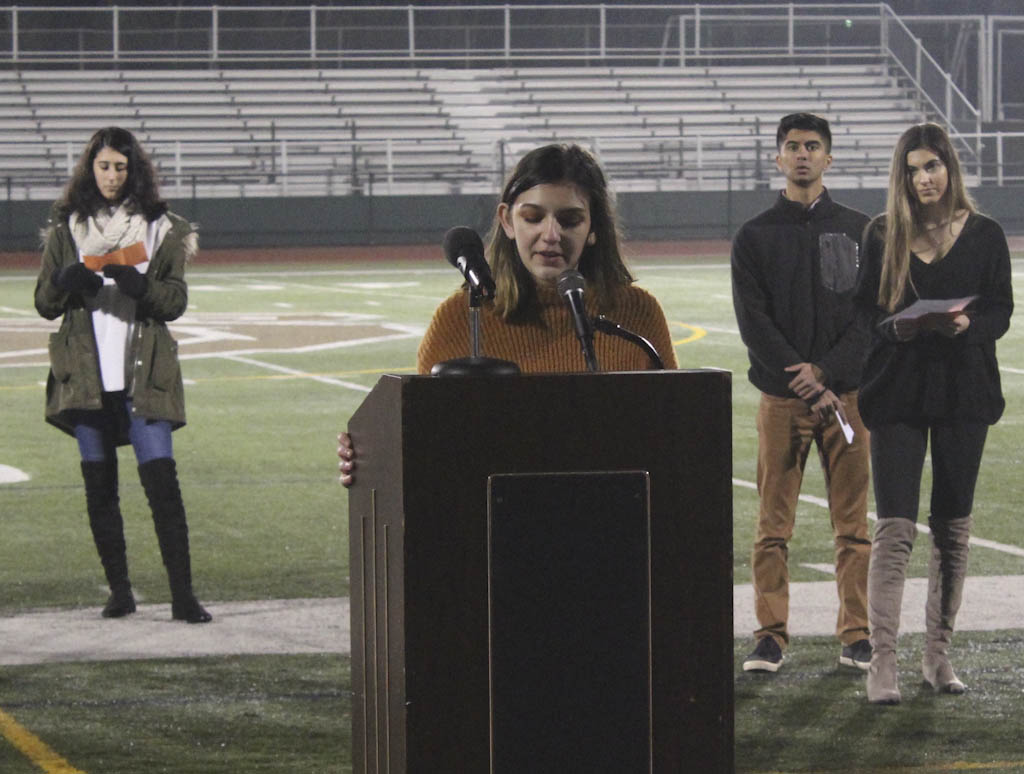 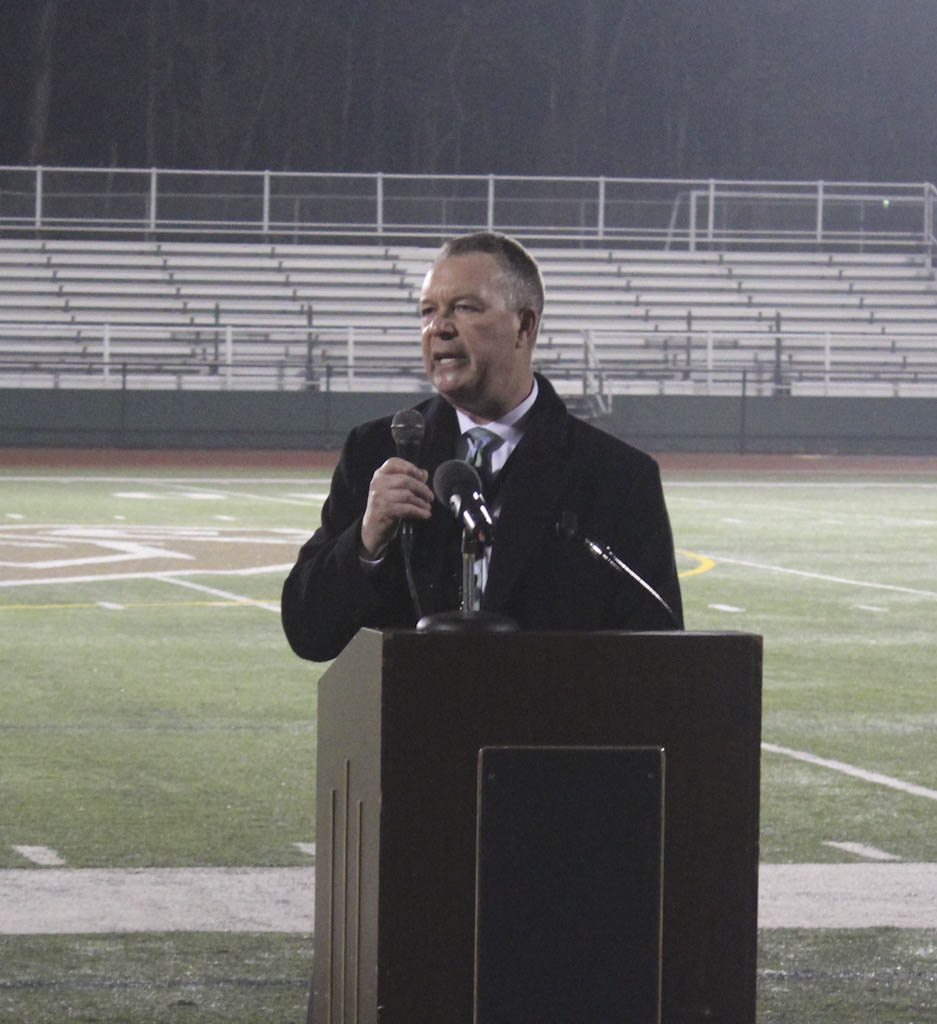 EAST BRUNSWICK– East Brunswick students co-organized the “Beyond Thoughts and Prayers:#Neveragain” vigil in a showing to vocalize the need for change regarding gun control.

More than 200 residents attended the vigil on Feb. 25 on the East Brunswick High School’s football field in the aftermath of the tragic shooting earlier this month at a high school in Florida.

On Feb. 14, three teachers and 14 students were shot and killed by an armed gunman at Marjory Stoneman Douglas High School in Parkland.

“This program was designed and dedicated to the memories of those who lost their lives at Parkland and any other senseless school shooting that has taken place in the last couple of years. The purpose is to create a dialogue that we can continue and a conversation that we can continue beyond thoughts and prayers. That is the reason that we used that term,” Mayor Brad Cohen said.

Along with the cooperation of the township, the vigil was co-organized by the newly formed East Brunswick for Safe Schools community group.

With residents Jennifer Harmon and Jeffrey Winston, East Brunswick for Safe Schools Co-Founder Dana Winston said the group was created during the aftermath of the shooting.

“Refusing to succumb to the numbness of the normalization of gun violence, together with other hopeful parents who believe that there is much that we can do, we formed our group EB for Safe Schools,” Dana Winston said. “We are concerned citizens committed to ensuring our schools are safe from the threat of gun violence. We are comprised of students, parents and non-parents.”

On Feb. 15, one day following the shooting in  Florida, the Board of Education approved a resolution authorizing the East Brunswick Police Department to place armed officers at each of the district’s 11 schools.

“It’s not just about being the safest school district. We have to be consistently the safest school district, every single day,” Valeski said. “I pledge to you that we are going to do that in cooperation with the tremendous East Brunswick Police Department, the mayor and the Township Council. So, thank you very much for coming out tonight. This support is going to be the catalyst to keep things going. We have to keep that voice active and loud.”

To commemorate the 17 victims of the Florida shooting, 17 East Brunswick students read a victim’s name.

Student activist and sophomore Jolie Harmon said on Feb. 14 she was informed by her mother that a shooting had broken out at Marjory Stoneman Douglas High School where her best friend attends. After getting in contact with her best friend’s family, she learned that her friend was safe.

Jolie said she respects the board’s decision to place armed police officers in every district school, but is angry that the decision had to be made.

“In the days that followed the Parkland massacre, I thought about what I could do to turn my anger into action. From this I decided to write up a proposal to the Board of Education requesting permission to start a club in which students like me debate and understand current events,” Jolie said. “I want kids to know that they have a voice. We will talk about politicians and what they support. This club will also give students the opportunity to create an educated and informed opinion on controversial topics. We are one or two years away from voting age and can no longer accept the status quo.”

East Brunswick High School senior Nikhil Sanarangey said youth should not be an excuse for inaction.

“Realistically we may not be able to write laws or run for office or protest, but there is one thing we can do, vote. … We can choose who writes the laws, we can choose who will be discussing the issues in Congress and we can choose to make a change. We need not just be voters, but educated voters who can vote for that change and put power in the hands of those that will keep us safe,” Nikhil said.

East Brunswick High School sophomore and student activist Vanessa Russo said the movement for better gun control is powerful because the young are running it.

According to Vanessa, students will take part in a national walk out on March 14 to show solidarity. There will be also be a “March For Our Lives” led by the students from Marjory Stoneman Douglas High School on March 24 in Washington, D.C., which she will be attending.

“I should not have to go protest so that I can walk into school everyday and not fear for my life. This generation is not tolerating antiquated legislature. I am fighting for better gun control. I am fighting for better mental health outreach,” Vanessa said. “I am fighting to fix the broken systems in this country. The Never Again movement exists as a catalyst for change and I plan to take advantage of that. Keep fighting everyone because we can make a difference. Do not let anyone tell you otherwise.”

East Brunswick High School junior Jillian Fiumaro said as a community, everyone must do their part to make a change.

“Although we may be too young to vote, we are not too young to join and take a stand. The youth is coming together and creating a force too strong for politicians to ignore,” Jillian said. “Everybody’s voice counts and the more voices involved the more powerful we will become. With the help of [Valeski] and organizations like EB for Safe Schools and any adults who are willing to help lead the way, the youth can rise up and lead the movement. I have never felt more proud to be part of a community that empowers and encourages the voice of the youth.”

After the vigil, residents signed a banner that was shipped to Marjory Stoneman Douglas High School to show support for the students who returned to their school this week. 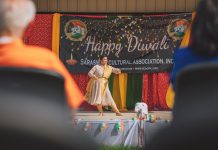