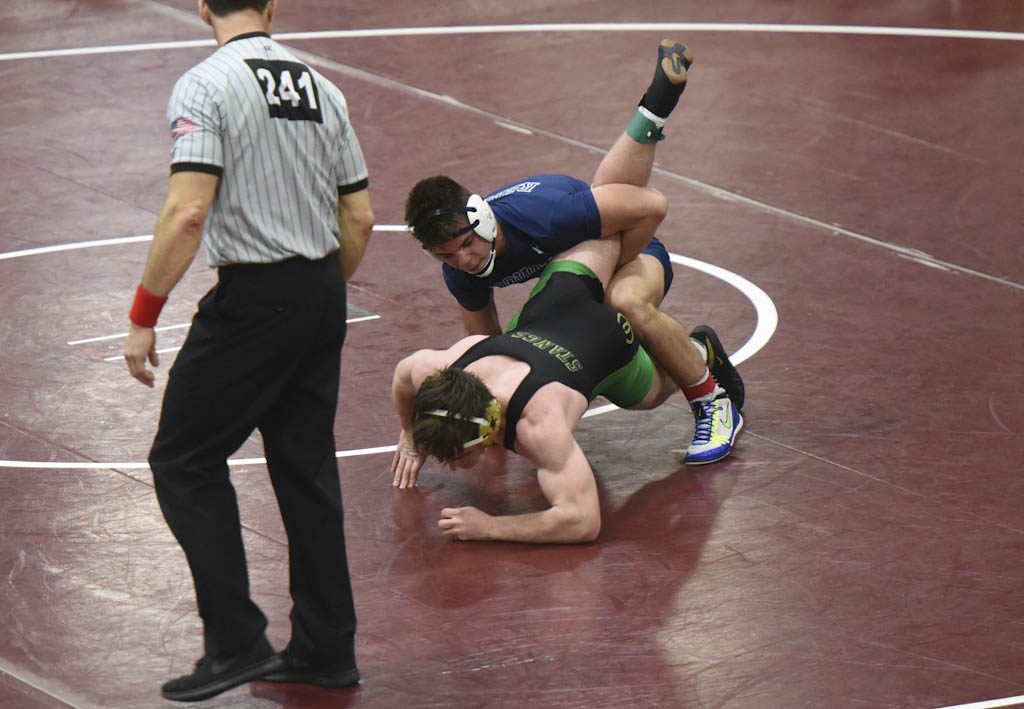 Atlantic City is the next — and final — stop for New Jersey scholastic wrestlers.

The wrestling season will conclude this weekend when the state tournament is contested at Boardwalk Hall in Atlantic City.

The top four finishers in each of the 14 weight classes at each of the eight region tournaments that concluded on Feb. 24 earned a ticket to Atlantic City.

The state tournament opens on March 2, when the preliminary round kicks off the wrestling at 2:30 p.m. The pre-quarterfinal round will follow that day.

On March 3, the first of three wrestleback rounds will go off at 9 a.m., followed by the quarterfinals at 12:30 p.m. At 6 p.m., the semifinals will take center stage, while rounds four and five of the wrestlebacks will also be held.

The tournament will come to close on March 4 when the consolation rounds for places third through eighth are wrestled at 10 a.m. The award presentations will be held at 2 p.m., and the championship round for the 14 weight classes will kick off at 3 p.m.