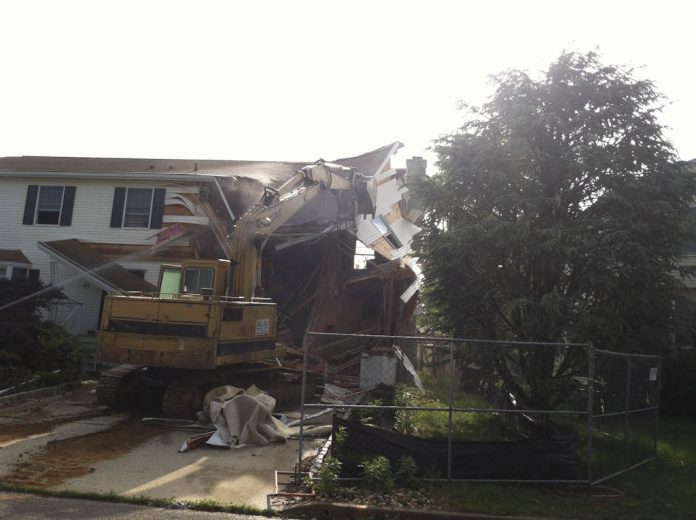 U.S. Senators Bob Menendez and Cory Booker announced the awarding of $1,498,294 from FEMA on Feb. 14, representing the final installment of a $21,119,377 storm resiliency and flood mitigation effort in South River to buy out properties damaged by the 2012 storm, according to a statement prepared by Menendez’s office.

The Department of Environmental Protection will use the latest funding to acquire and demolish six flood-prone homes in the Hermann-Aukum historic district of South River as part of the DEP’s Blue Acres Buyout Program’s second round, according to Caryn Shinske of the DEP. The program will return the properties to their natural function to be maintained as open space, according to the statement.

The DEP had acquired 76 properties in South River as of Dec. 21, 2017, part of the overall 168 properties for which DEP has approval to make purchase offers, according to Shinske.

“Approval is in place to purchase up to 93 additional properties. To date, there have been 56 structural demolitions completed, 18 demolitions are currently pending, and at least nine of those 18 will likely be completed by the end of April,” South River Mayor John Krenzel said.

In April of 2017, Menendez and Booker announced more than $4 million in federal funding to acquire, demolish and return 15 flood-prone properties to natural function in South River, according to the statement.

“As New Jersey continues its recovery more than five years after superstorm Sandy devastated our state, it is absolutely critical that we take proactive steps to protect our communities and vital infrastructure from the threat of future storms and flooding,” Menendez said in the statement. “Voluntary buyouts of flood-prone properties is just one element in a broader mitigation and storm resiliency effort to ensure New Jersey and its residents are stronger and better prepared for when disaster strikes.”

“Buyouts of flood-prone homes are an important part of New Jersey’s long-term recovery from Hurricane Sandy,” Booker said in the statement. “While we have made significant progress in the five years since Sandy’s devastation, we still have work to do. Federal investments in the strength and resiliency of New Jersey communities help mitigate against future disasters and save lives.”

In 2013, then-President Barack Obama signed the Superstorm Sandy Supplemental Appropriations bill into law, bringing the total Sandy aid enacted by Congress to $60.2 billion. The funding package included federal aid to help homeowners, businesses and communities recover and resources to rebuild coastal, transportation and water infrastructure, according to the statement.

Krenzel said the receipt of the money means the borough’s long chapter of superstorm Sandy will soon come to an end.

“Once the funds run out, there will be no more purchases of homes from the DEP. The loss of the ratables hurts the borough in that there is a loss of taxes for the borough and the board of education. It will be a happy day when we can finally put Sandy behind us,” Krenzel said.