SPOTSWOOD–Establishing its stance on legitimizing cannabis, the Spotswood Borough Council approved a resolution opposing the legalization of recreational marijuana.

Council members believe legalization is a risk to quality of life, according to a statement included on the council agenda. At a time when society is battling many drug addictions and abuse, it is no time to increase access and provide another drug avenue for our youth and young adults to experiment with, the statement reads.

“I have got to commend my fellow members of the council, because Councilman [Ted] Ricci first raised the issue I think three or four meetings ago because we had the election of Gov. [Phil Murphy] who stated that he was for the legalization. Then we had [Councilman] John Melillo make a statement also [at] the next meeting saying that he opposed it,” Council President Margaret Drozd said.

The council approved the resolution on Feb. 21 during its semi-monthly meeting.

According to the agenda, recent public statements from Murphy and some state legislators have been in favor of the legalization of recreational marijuana within the first 100 days of the new governor’s term.

“What [Drozd] said was true: Councilman Ricci made a passionate speech about marijuana and making it that we would not sell it in town, and John Melillo said the same thing. I had seen other copies in towns starting to pass those types of resolutions,” Stollen said. “I said, ‘Why don’t we do something before we even get to that point?’ I think it’s ill-advised. I did some research not having any experience with it myself and I figured let’s take a look at Colorado, they already did it, and what I found was pretty distributing.”

Under the Federal Controlled Substances Act of 1970, it remains illegal to possess, use, sell or cultivate marijuana for recreation purposes in all United States jurisdictions. Colorado legalized recreation marijuana in 2012 and in the years since, has seen an increase in marijuana related traffic deaths, poison control calls and emergency room visits, according to the council agenda.

“I am very proud of the members on this council who [came] out early against this. As the nurse on the council, I am the one that sees those people that can initiate with marijuana and develop other addictions as a result and they come into my emergency room and we have to treat them,” Drozd said. “We at Saint Peter’s see all to often the opioid overdoses that started with a gateway drug and then lead to worst things. I am glad to do this, I am glad that we have done it. I want to thank the members of this council for being so proactive and putting our mouth where potential revenue would have been.”

During the meeting, Drozd did agree that marijuana does help cancer patients.

Mayor Edward Seely said he was in Trenton last weekend attending a session on the legalization of marijuana where he heard from doctors on both sides of the debate.

“It was more emphasized towards medical use at this time. This particular session, they did make some brief remarks about the legalization, but they are looking to go further and change the term from recreational to adult-use, which is just mere words. No one knows how far it is going to go,” he said.

Seely said he heard from law enforcement and a few doctors that was at the session.

“I cannot debate the medical use at all. The medical use is astounding. It does tremendous things for cancer patients. … I [intend] on planning to attend a little more sessions, I want to get a little more information on it just for general knowledge, because it’s better to have all the information you can rather then make a decision hastily,” Seely said. 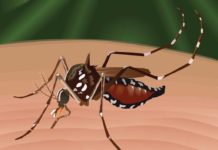