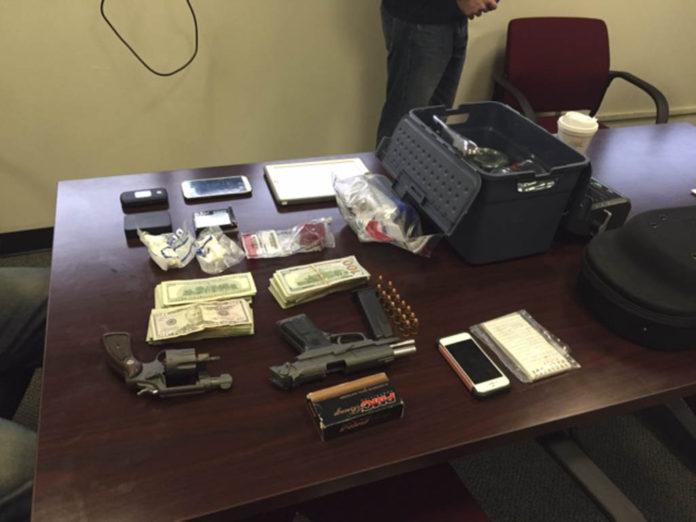 A Parlin man who delivered two kilograms of heroin to another individual in Harrison pleaded guilty in Newark federal court.

Pedro Rodriguez, 44, pleaded guilty before U.S. District Judge Claire C. Cecchi on March 12 to an information charging him with conspiracy to possess with intent to distribute over a kilogram of heroin, according to a statement provided by U.S. Attorney Craig Carpenito.

According to the documents filed in this case and statements made in court, on Oct. 19, 2017, law enforcement officers observed Pedro Rodriguez outside a restaurant in Newark, where he met another individual and retrieved a bag that was suspected of containing narcotics. Afterward, Rodriguez drove to Harrison, met with Rafaelito Rodriguez, 43, of East Stroudsburg, Pennsylvania, and provided him a bag containing approximately two kilograms of heroin. Rafaelito Rodriguez was apprehended in Harrison shortly afterwards. Pedro Rodriguez was later apprehended at his home in Parlin, according to the statement.

The drug conspiracy charge carries a mandatory minimum penalty of 10 years in prison, a maximum potential penalty of life in prison, and a $10 million fine.

Sentencing is scheduled for July 19.