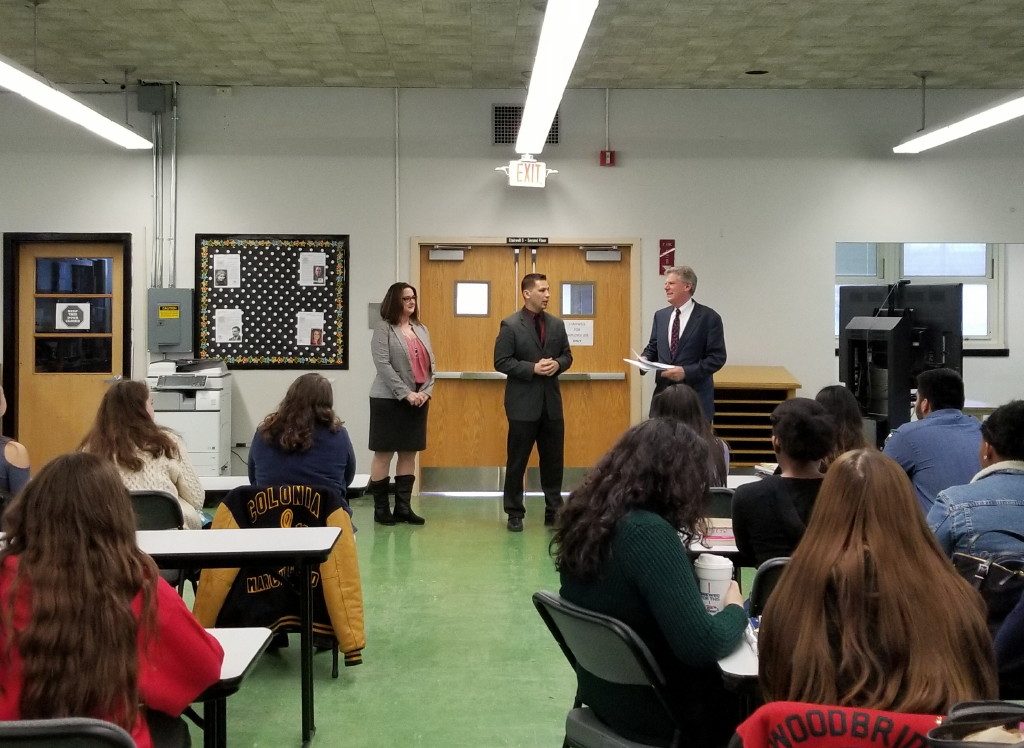 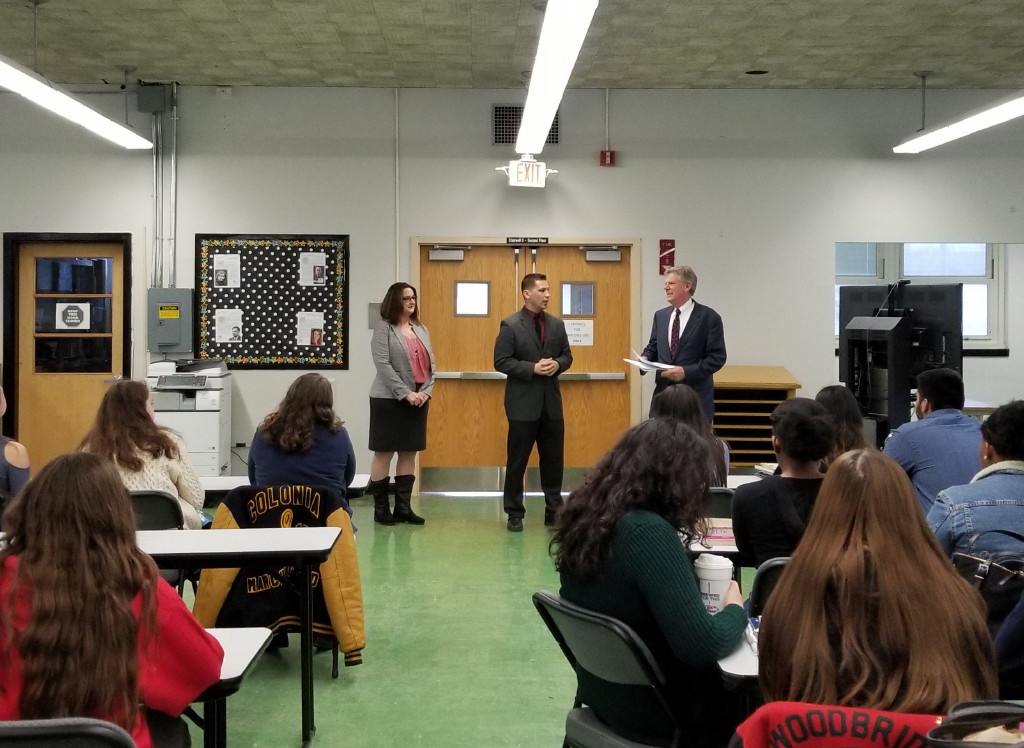 WOODBRIDGE — Students at all three high schools in the township had an honest discussion with Congressman Frank Pallone (D-Middlesex, Monmouth) about the gun violence epidemic facing communities every day.

“The common theme here is guns,” Pallone said. “America’s gun violence crisis is not normal and it’s not inevitable. Americans are 25 times more likely to be killed by a gun than people in other developed nations. In fact, no other country like ours comes close.”

New Jersey had 475 firearm deaths in 2015, according to the Centers for Disease Control.

Pallone said a moment of silence was held before session in the United States Congress after the mass shooting at Marjory Stoneman Douglas High School in Parkland, Florida on Feb. 14, where a 19-year-old gunman killed 17 people.

“Nothing has been done in the legislature [on gun laws],” Pallone said. “That is the problem and I’m tired of it.”

“I am concerned that President [Donald] Trump, [Education] Secretary [Betsy] DeVos and Republicans in Congress are failing to listen to students throughout this country who are courageously speaking out on gun violence,” he said. “We cannot bring about serious change without actually addressing the availability and capabilities of the weapons that have been used in numerous mass shootings and on our streets.”

The congressman said he believes the measures he supports will be supported across party lines.

“There are three things: universal background checks for people purchasing guns, a ban on assault weapons and putting a limit on rounds of ammunition one can purchase,” he said.

Pallone said students who have spoken out after the mass shooting in Parkland, Florida, last month are making an impact in the legislature on gun safety laws.

“Florida is a very pro-gun state,” he said.

The legislature in Florida raised the age to purchase all guns from 18 to 21.

A student asked Pallone how students in New Jersey can make an impact on the topic since New Jersey has some of the strictest gun laws in the country.

Pallone said holding rallies and writing letters will continue to have an impact, which will help gun laws nationwide.

“Gov. [Phil] Murphy is currently trying to coordinate with other states to provide stricter gun laws,” he said.

“People are dying on the street every day due to gun violence,” he said, adding he believes it is largely attributed to criminal, organized crime and gang activity. “It is a social issue, not so much a mental health issue.”

Amina Sanders, a senior at JFK Memorial, said she took issue with the congressman’s comments about gun violence and gang activity.

“It left me feeling uneasy,” she said, adding that it is not fact that gang activity is a social issue and not a mental health issue.

Pallone acknowledged that it is not known if gang activity is just a social issue; however, he said criminal activity is done with a purpose in mind.

Pallone also said there are too many loopholes to purchase guns on the internet and at gun shows.

As for mental health, Pallone said, “the big problem is receiving funds for treatment,” he said. “We need to do more.”

Students suggested a mental assessment should go along with a background check for anyone who wants to purchase a gun and just like a driving test, a person should take a gun safety test before being able to purchase a gun.

Another student suggested the New Jersey legislature raise the age of people purchasing long fire arms to 21 since the age to buy tobacco was raised to 21.

Pallone said the suggestions by the students were all good, and he would share them with members of Congress as they discuss gun control reform.

Kailee Donoghue, a senior at Colonia High, said she appreciated the time Pallone took to talk with the students.

“This is the first step. … I might not necessarily agree with everything that he talked about, but I look forward to see the influence we had in any follow-up,” she said. 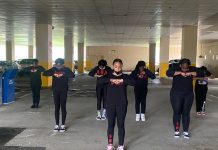