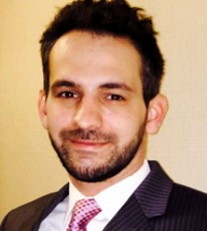 OLD BRIDGE — With prom season in full swing, Michael Hudak and Edward Abdel-Malak have announced their new app PromSocial, promising to give promgoers exactly what they need to have the ultimate prom experience.

PromSocial is an innovative new app that helps high school students plan, organize and share their prom experience on a social platform.

“I believe we are doing something cutting edge and positive for high school teens,” Hudak stated. “Prom is such a huge deal in their lives and PromSocial now makes it fun and easy for them to do everything on a well-designed and seamless app.”

The idea for PromSocial was born four years ago when both Hudak and Abdel-Malak were having lunch in New York City.

“We have been long-time childhood friends,” Hudak said, noting the two grew up in the same hometown, Old Bridge.

“At the time, social media platforms were the go-to vehicle for people to connect, meet up, socialize and share what was going on in their lives,” Hudak said.

The pair said they realized there was an unmet need in the prom niche to bring the entire experience together.

“We put a lot of time and energy into the overall design of the app because we wanted to make sure we were providing the ultimate experience for our users while solving for the many common stresses teens face when planning for prom,” Hudak said.

Features include finding a prom date, planning parties and voting for friends, plus the app allows its users to save their fondest memories to their own personal Prombook keepsake, similar to a yearbook.

“It’s a very exciting time at PromSocial,” Abdel-Malak said. “We’re closing in on several schools who plan to start using our app to plan and execute their prom. In addition, we’re continuing to build partnerships with retailers across the country which will give our users access to significant discounts on many of their prom needs.”

For more information, visit promsocial.com. The PromSocial app can be downloaded for free on the Google Play or App Store.