Joseph R. (Bob) Marchese, 93, passed away peacefully on April 1, 2018. A veteran of World War II, he was assigned to the “B” Battery 13th Field Artillery Observation Battalion and awarded the Purple Heart.
Joe was born on July 28, 1924 to Dorothy and Albert Marchese. At age 18, he was drafted into the U.S. Army where he served for 2-1/2 years in England, France & Germany where he was wounded. Joe also participated in the D-Day Invasion campaign.
Joe worked for Western Electric Company where he met his wife Theresa and retired after 42 years of service. They were snowbirds in Naples Florida for 28 years and enjoyed their summers in Belmar and Ocean View, NJ.
He belonged to the Veterans of Foreign Wars Post 133, the Knights of Columbus Council 4907 where he became Grand Knight and a 4th Degree Knight as well as the Military Order of the Purple Heart. He also served as the President and a Board of Directors Member for 50 years with the WeNewark Federal Credit Union/United Financial Credit Union.
He is survived by his wife, Theresa; daughters Michelle; Suzette & her husband James Wilmott, Jr.; sons Robert & his wife Dawn; Michael & his wife Laura; 8 grandchildren, James, Daniel, Rosalind, Devin, Nicole, Tyler, Logan & Abigail; one great grandson, Vincent; brother Richard & his wife Marlene; sisters-in-law Eleanor Scarponcini& Victoria Colicchio; brother-in-law Joseph Colicchio and many nieces; nephews & friends. He was predeceased in death by his parents; sister & brother-in-law, Rosalind & Victor Giordano; nephew Michael Giordano, sisters-in-law and brothers-in-law, Henrietta & Clary Moore; Louise & Harry Ranieri; Anthony Scarponcini; Vincent Colicchio; &ElayneColicchio and many friends.
He was a kind, loving person that truly loved his family above all else. He enjoyed cooking, his vegetable garden, fishing and golfing. Joe will be missed beyond words by his family and friends.
In lieu of flowers, please consider a memorial donation in Joseph’s name to your favorite Veteran’s charity.Funeral arrangements were under the care of Rezem Funeral Home, East Brunswick. 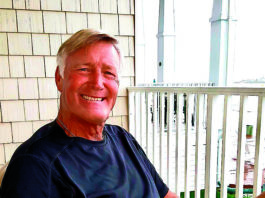 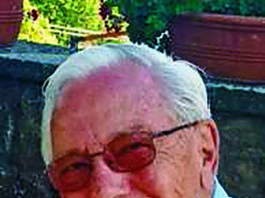 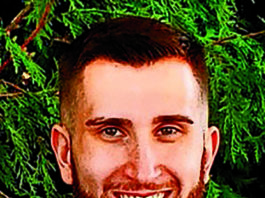