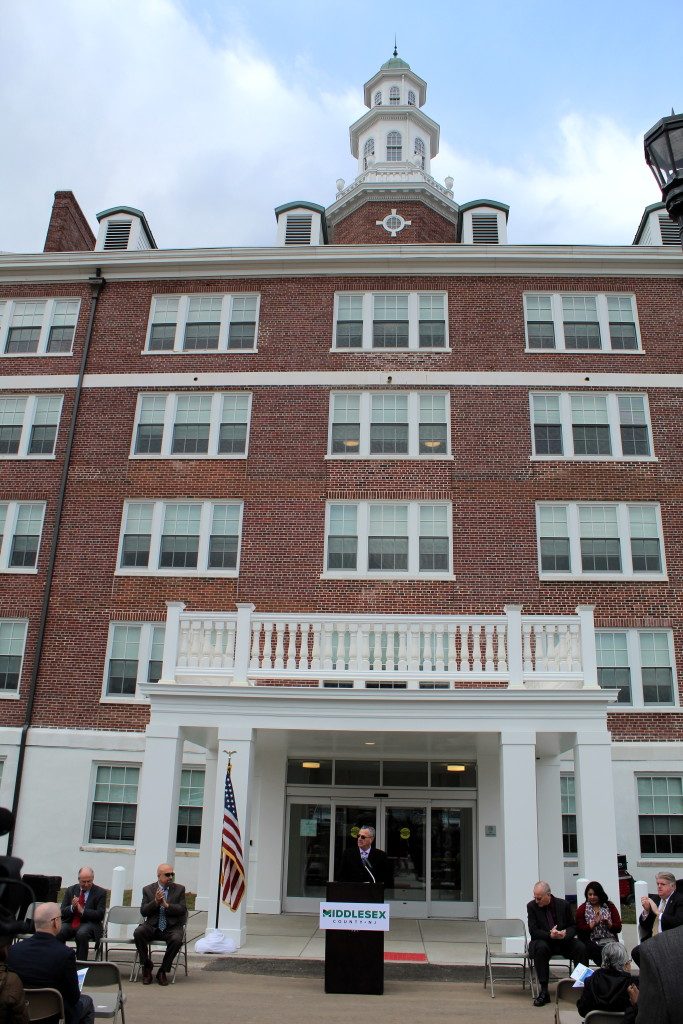 The Residence at Roosevelt will offer 84 affordable, independent units for seniors overlooking Roosevelt Park in Edison.PHOTO COURTESY OF MIDDLESEX COUNTY
× 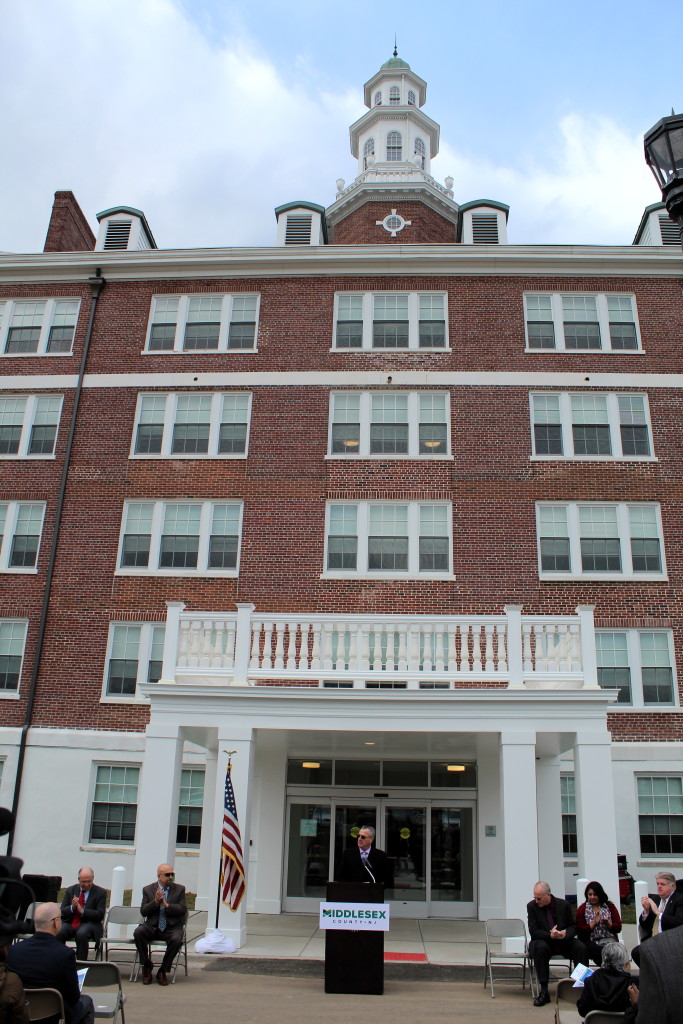 The Residence at Roosevelt will offer 84 affordable, independent units for seniors overlooking Roosevelt Park in Edison.PHOTO COURTESY OF MIDDLESEX COUNTY

EDISON — Middlesex County Freeholder Director Ronald G. Rios said the opening of the Residence at Roosevelt Park “ushers a new chapter for a building that has been caring for our residents since 1937.”

“This project is part of our continuing commitment to respond to the changing needs of our population by meeting their continuum of care needs, as well as ending homelessness, and helping our veterans,” he said. “The Residence at Roosevelt Park is an example of how we are developing and providing services in new ways. It’s an example of bringing innovation to a key service we can now provide.”

The former Roosevelt Hospital was constructed as a tuberculosis hospital on 13 acres in 1937 and was built as part of President Franklin D. Roosevelt’s New Deal.

In October of 2016, officials broke ground at the site at 1 Roosevelt Dr.

“Pennrose invests in the communities we serve,” Barnhart said. “Residence at Roosevelt Park provides seniors not only with quality affordable housing, but an improved quality of life through social services and access to transportation and healthcare in a beautiful historic setting.”

Pennrose develops and operates both conventional and affordable communities throughout the Eastern and Midwestern portion of the United States.

Residents over age 62 will have access to modern amenities within 84 one- and two-bedroom apartments, while living in a historically significant building.

Veterans have preferred status for up to 25 percent of the units. Five units are set aside for formerly homeless individuals and couples, while six serve individuals with disabilities. Support services are available to all residents. On-site professional maintenance is provided, as well as a support services coordinator for residents of the special needs units.

Roosevelt Hospital was originally built as part of the New Deal through the Federal Public Works Administration (WPA), which enabled architecturally significant and structurally enduring construction. Situated on 11 acres adjacent to Roosevelt Park and the Menlo Park Mall, the complex is near several healthcare facilities, public transportation and major roadways.

In the 1950s, the Roosevelt Hospital was converted to a long-term care facility, and rehabilitation and recreation programs were added. Additions to the hospital were constructed in 1978 and in the early 1980s.

Prior to the construction of the senior housing, portions of the obsolete original facility had been functioning as a medical center — treating those with terminal and disabling diseases with rehabilitation services and outpatient clinics.

The new project will provide more than $4.4 million in ongoing economic output, 25 direct and indirect full-time equivalent jobs, and more than $249,000 in state and local taxes annually. The redevelopment was designed by architect Wallace Roberts and Todd in Philadelphia.

HMFA estimates that the Residence at Roosevelt Park will generate approximately $39.5 million in one-time revenues.