Part story teller, part researcher – that is how Dennis Waters sums up his approach to serving as Lawrence Township’s official historian.

But all that is in the past now for Waters, who recently resigned as the historian after 12 years in the post. His successor is Brooke Hunter, who teaches history at Rider University.

“Everyone brings their own style to the job and everybody has things they leave behind. I see myself as one of a long line of township historians. You build on what has been done” by each prior township historian, Waters said.

“I have been more about public presentations. I’m a story teller. To come up with the narrative to tell a story is very interesting to me. History is a story and people want to understand the drama, the human elements of why a decision was made,” he said.

Waters did not major in history, not that it is a requirement to serve as the township historian. Instead, he professes to be “more of a journalist by trade.” He was a broadcast journalist, on air and in management, before switching to niche publishing in New York City.

It was the constant moving from one city to another during his broadcast journalism career that sparked his interest in history, Waters said.

The approach of “getting to know the community” where he lived carried over when he and his family moved to Lawrence Township in 1990, Waters said. Moving to a new community triggered his interest in the township’s history.

It was that interest in digging into his new hometown’s history which resulted in a series of popular lectures in which he tried to tell people about Lawrence Township and its long history.

Those lectures ranged from the story of public education in Lawrence, to the history of Route 206/The King’s Highway, to the town’s transformation from farming community to a suburb, and the tale behind the AT&T pole farm on Cold Soil Road.

“Immigrants are a big part of the town today, but they don’t have as much of a connection with it. How do you make 300 years of Lawrence’s history relevant to people who were not born in this country, and who have lived in Lawrence for 10 or 20 years?” he said.

“That 300 years of history has helped to make Lawrence what it is. People who are new to Lawrence should be able to tap into that, to understand the place where they live. I would love to see more effort being made in terms of that kind of engagement,” he said.

On the flip side, Waters said, “we would not understand the culture of the 1700s. It’s a culture that does not exist today. There was a deep religiosity in the early settlers’ lives. The more secular, suburban life today would be alien to them.”

Nevertheless, Waters is proud of what he has accomplished – the annual bus tour of Lawrence Township for fourth-graders at Lawrence Intermediate School and the lecture about the AT&T pole farm, in particular.

The story behind the AT&T pole farm, which is part of today’s Mercer Meadows Pole Farm county park on Cold Soil Road at Keefe Road, has been his most popular lecture, Waters said. The so-called pole farm was AT&T’s international short-wave radio transmission facility, full of pole-mounted antennas, between 1929 and 1975.

“The AT&T talk has had a lasting impact. It is a lecture I have given many times. People are interested in it. The talk is the basis for the interpretive signs Mercer County put up in the park,” he said.

Waters said his favorite part of being the township historian was the contact with people. Following a lecture, someone would invariably pop up with new information, or show up with an object that could be put in the township archives, he said.

“I would love to see Lawrence have some kind of history museum, a place where you could go to look at things. A museum is first on my wish list. The closest thing we have to a museum is the timeline on the wall at Town Hall. It’s a starting point,” he said. “There is a Lawrence history community and a New Jersey history community. Overall, being the township historian has been a very broadening experience for me.” 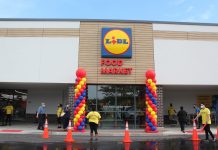