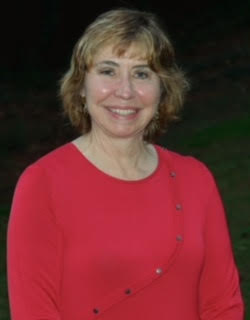 In the spring of 1973, Nancy Teaff helped to make history when she was part of the first graduating class at Princeton University to include women.

Forty-five years later, she is about to have another “first” by becoming the first woman president of her class. In a phone interview, Teaff, 66, called it the “right time” for a woman to take on that leadership post.

“I don’t want to say they’ve been anti-woman in leadership, I think it’s just a question of women are busy,” she said. “And the women in our class, particularly, have been pretty big deal leaders and taken on a lot in their lives. And so I think it took until now, in some ways, for us to have time to do the job.”

Teaff will have a five-year-term, in replacing classmate James J. DiOrio, the president for the past 15 years.

“It’s long overdue,” DiOrio said of passing the leadership baton to a woman.

DiOrio said he tried to recruit women to become president by telling them “it’s more important if one of them became president than having another guy.” His message fell on deaf ears, until finally Teaff stepped forward. He said fellow classmates see her becoming president as a way to “kind of complete the circle of having women in the class.”

Teaff’s journey to Princeton was indirect. She grew up in Dover, Del., and attended high school in a rural part of the state. When she was considering where to attend college, Princeton was not on her radar.

The university, founded in 1746, was going co-educational in 1969 by admitting women to the undergraduate student body. By the time Teaff learned Princeton had gone in that direction, she was attending a woman’s college in Massachusetts.

She spent two years at Smith before transferring to Princeton, a place she had become acquainted with by dating a student there. She said she came to “really like the school at that point.”

“Academically, there were some things I wanted to do that were better down at Princeton,” she said.

Teaff said she had no second thoughts about leaving Smith, despite having close friends there and the strong academics of the liberal arts school. She applied to transfer to Princeton and was admitted.

“Princeton was a great opportunity and I really never looked back,” she said.

She arrived on campus as a junior in the late summer of 1971. The reception for women students came without the “media circus” that had greeted the first female undergraduates two years earlier, she said.

Teaff remembered arriving at Brown Hall, her dormitory, and seeing two male students sitting in the window of their room. They were friendly to her then, she recalled, and have remained friends well afterward.

“I literally met these guys before I got out of the car,” she said.

She roomed with two women, who, like her, were transfer students. Not long after arriving, she ran into a student from Smith, who had also decided to transfer to Princeton.

Of her experience in the classroom, Teaff, a biochemistry major, said she never felt the male professors at Princeton “didn’t accept us.”

“There was never a question that women didn’t belong there. I never felt that,” she said. “I had a pretty positive transition.”

For that, she credited the women who had arrived before her “for working hard to keep their heads up to make this happen. And the men, too.”

“I have to give a lot of credit to my class for having made it work from the get-go,” she said.

The Princeton lineage continued with her youngest daughter, Mary Cait Walthall, who graduated from the university in 2008. By then, much had changed about old Nassau, a place led, at the time, by its first female president, Shirley M. Tilghman.

Teaff contrasted women of her day with those of her daughter’s.

“I feel like we stood up for ourselves better in the early 70’s … to kind of get what we needed, than my daughter’s class, who kind of felt like they were entitled or that everything was all fine, there wasn’t any problem, the battle had been won, there’s nothing to worry about,” she said.

“So I think my daughter’s experience was a little different in that they didn’t feel like they had to stand up for themselves as much. And I don’t think they recognize the fact that just because this has happened, that there’s women at Princeton or women in medicine, doesn’t mean that your power or your standing could not go away,” Teaff said.