A dozen years ago, wildlife experts were sure that the fisher – a member of the weasel family – was long gone from New Jersey.

But a biologist using a motion-triggered camera proved them wrong. Believing fishers were back, the late Charlie Kontos, an adjunct professor and Ph.D. candidate at Rutgers, set up a camera along a trail in Stokes State Forest in Sussex County.

The image captured by the “trail cam” in October 2006 clearly showed a fisher, its eyes glowing from the flash, climbing a tree at night. It was the first indisputable evidence of fishers in New Jersey in more than a century!

Kontos was one of the first New Jersey scientists to successfully use trail cams to document the existence and location of rare species.

Since then, digital technology has improved and costs have come down. Remote cameras are now an increasingly important research tool for studying wildlife, especially secretive and nocturnal species.

Take the bobcat, for instance. These native wildcats, endangered in New Jersey, are among the state’s shyest species. A wildlife biologist could spend an entire career in the field without ever catching a glimpse of a bobcat!

“They’re really elusive and seeing them in person is practically impossible,” said naturalist Tyler Christensen, who has made a specialty of photographing bobcats with remote cameras. “It would be pure luck.”

Tyler’s photography has shown that the range of bobcats in New Jersey is greater than originally thought. He’s used motion-sensor cameras to not only document the presence of bobcats in various parts of New Jersey, but also study their behaviors and capture high-quality photos.

“I’ve found bobcats in places where they haven’t been seen before, and observed really interesting behaviors that you wouldn’t see otherwise,” he said. For example, he’s seen bobcats carrying food in their mouths, cheek rubbing (“just like housecats”) to leave their scent on trees and rocks, marking their territory with urine and feces, and male bobcats following females.

Tyler began four years ago with basic trail cams, which detect motion and record still photos or videos, day or night. However, the infrared images produced at night – when most of New Jersey’s native wildlife is active – are grainy black-and-white shots.

Today, Tyler has what may be the best collection of wild New Jersey bobcat photos – stunning images of wildcats playing in the snow, climbing on rocks, eating animal carcasses or stretched out on tree limbs. His camera traps have snapped images of many other species, including coyotes, possums, foxes, raccoons, bears, deer – and even an otter!

With trail cam prices coming down, Tyler encourages nature enthusiasts to try them out near their homes to see what wildlife shows up. Tyler lives in Somerset, just outside New Brunswick, and is constantly amazed at the wildlife that exists in in a park next to his suburban neighborhood.

“We live a lot closer to wildlife than we might think,” he said. “Wildlife is surprisingly abundant in many places, and really good at avoiding people. Most of our wildlife is nocturnal.”

If you’re curious about what animals are creeping around your home at night, try a trail cam! They’re readily available online and at outdoor and hunting supply retailers.

To see some of Tyler’s best photos, check out his Instagram page atwww.instagram.com/njnaturalist /. And if you click on the #cameratrap or #trailcam hashtags on his photos, you can view more camera trap and trail cam photography from around the world!

Remote photography is a great example of how technology helps with the study and understanding of wildlife – and the preservation of the places most important to their long-term survival! 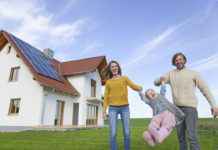 SOLUTIONS 2/26: Professor Stephen Pacala: What we need to do 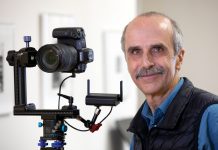