The baseball season came to a conclusion with a defeat, but that outcome could not overshadow a memorable spring at Jackson Liberty High School.

“We did a lot of things that teams at Jackson Liberty have never done,” Jackson Liberty coach Rankin said. “We won the Shore [Conference] B South [Division]. We’ve done that before, but that was our goal, so we accomplished that. We wanted 20 wins, and we accomplished that. That’s something that we’ve never done. We wanted to make runs in tournaments, and obviously, we wanted them to go further.”

Rankin went on to express his feelings for his players who ended their season with a 12-4 loss to Allentown High School in the Central Jersey, Group 3 state sectional tournament semifinals on May 29 in Jackson.

“But, the one thing I will say about this team is that I’ve never been around a group of kids that care about one another as much as these guys. They’re a joy to be around everyday, and I feel worse for them because they deserve it all.”

Jackson Liberty finished its season with a 20-5 record and is now filled with high expectations for the 2019 campaign.

“Win everything,” Rankin said. “Win everything. We’re going to start going to work on that as soon as humanly possible. I got a lot of guys coming back. We’re very junior heavy. I got kids that I know will be hungry, especially after a day like today. We’re leaving with a bad taste in our mouths. This is the second year we’ve gotten to a semifinal. So, next year we want to get over that hump.”

Rankin is excited about 2019 since the Lions will return a heap of skilled players.

“There’s a lot,” Rankin said. “My third baseman, Shane Hickey. He’s a sophomore, and was a second-team All-Shore kid. My catcher was a first-team, All-Shore kid, David Melfi. He’s a junior. He’s a stud. I got two of my arms back. [Juniors] Nick DeCarlo, and Kevin Ritz. They both pitched a little bit today. My middle infield is back [juniors] Alex Torres and Daniel Sofield. My outfielders, [juniors] Charlie Rudderow, Connor Keenan, and Scott Wierciszewski. Also mix a couple JV guys that can plug up some holes. It sucks now to think about 2019, but that’s what we have to do. Get ready for the next part of this journey.” 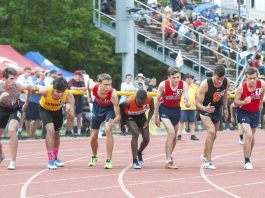 NJSIAA Championships- Groups 2, 3 and Non-Public A 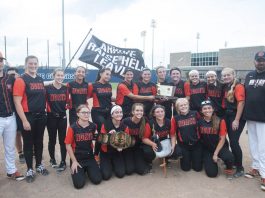 Middletown North vs Chatham- Final Round of the NJSIAA Group 3... 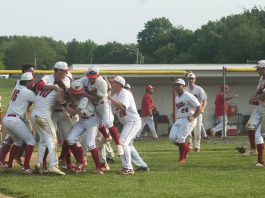 Old Bridge at Manalapan- Final Round of the NJSIAA Central Jersey,...