Red Bank Catholic started its run in the state tournament when the Caseys knocked off Saint Joseph Regional High School, 7-2, in Metuchen on May 29.

That game was RBC’s first in the South Jersey, Non-Public A state sectional tournament.

Red Bank Catholic then faced Notre Dame in the state sectional semifinals on June 1, where it lost 4-2. The Caseys ended the season at 20-8.

In the victory against Saint Joseph in Metuchen, junior outfielder David Glancy broke the game open for the Caseys when he hit a three-run home run in the fourth inning.

Coach Buddy Hausmann of Red Bank Catholic was pleased with his team’s effort against Saint Joseph and he also singled out his pitcher,  senior Blaise Panzini, who threw the entire game.

“We had a good pitcher,” Hausmann said. “That always helps. Blaise is a senior and didn’t want the season to end. He threw strikes. Sometimes, we didn’t help him on the defensive side, but he didn’t lose his composure and competed. He did what he had to do to win the game.”

“Coming off back-to-back losses, we all just had to prove it to ourselves that we could do it,” Glancy added. “We were kind of down after we lost in the Shore Conference, and we knew this was the only thing we had left. We wanted to do it for the seniors. We wanted to keep the season going for them.”

Before the game in Metuchen, Glancy believed that RBC had to match the team’s signature intensity that it had played with all year.

“Whoever we play,we just need to come out and fight,” Glancy said. “We’re going to play everything 120 percent. That’s what we’ve been doing all year. We just have to keep doing that. Believing in each other. Picking each other up. Playing for one another. If we do that, we’ll be fine.”

Hausmann believed before the game that the team’s pitching would have to be the catalyst again for a win.

“Austin Nappi, our pitcher has kind of carried us the last few years,” Hausmann said. “He’s a star and he’s ready to go. So, we’ll start with the pitching, and hope to have some timely hitting like we had today. Hopefully, that’ll take care of business.” 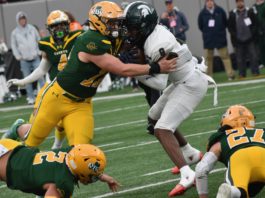 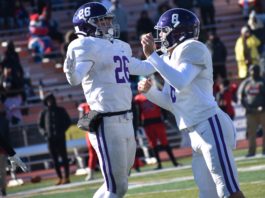