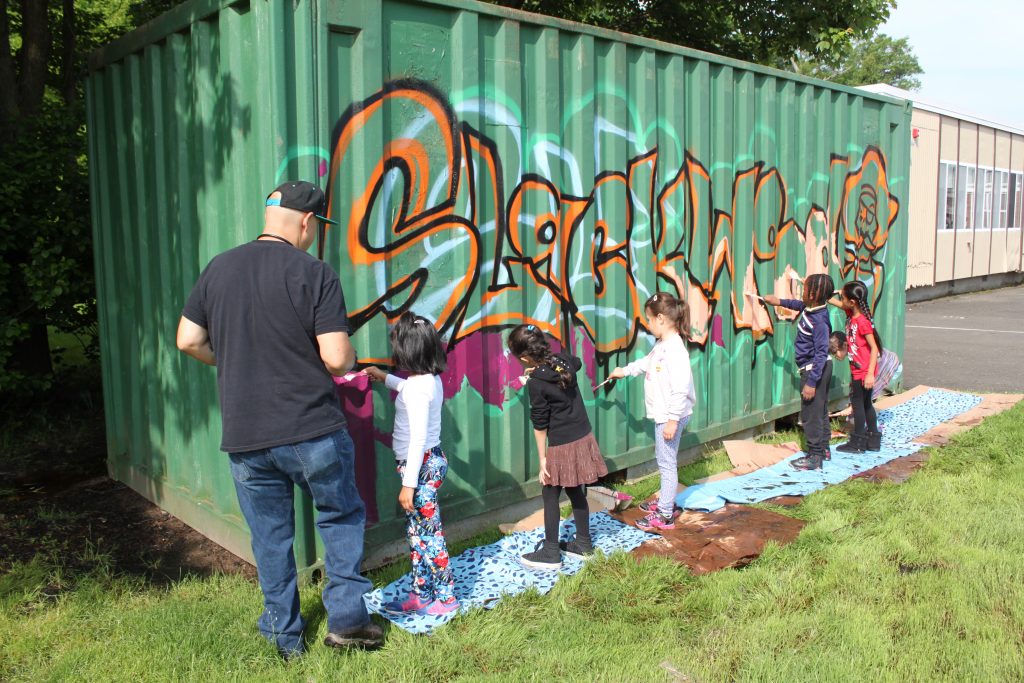 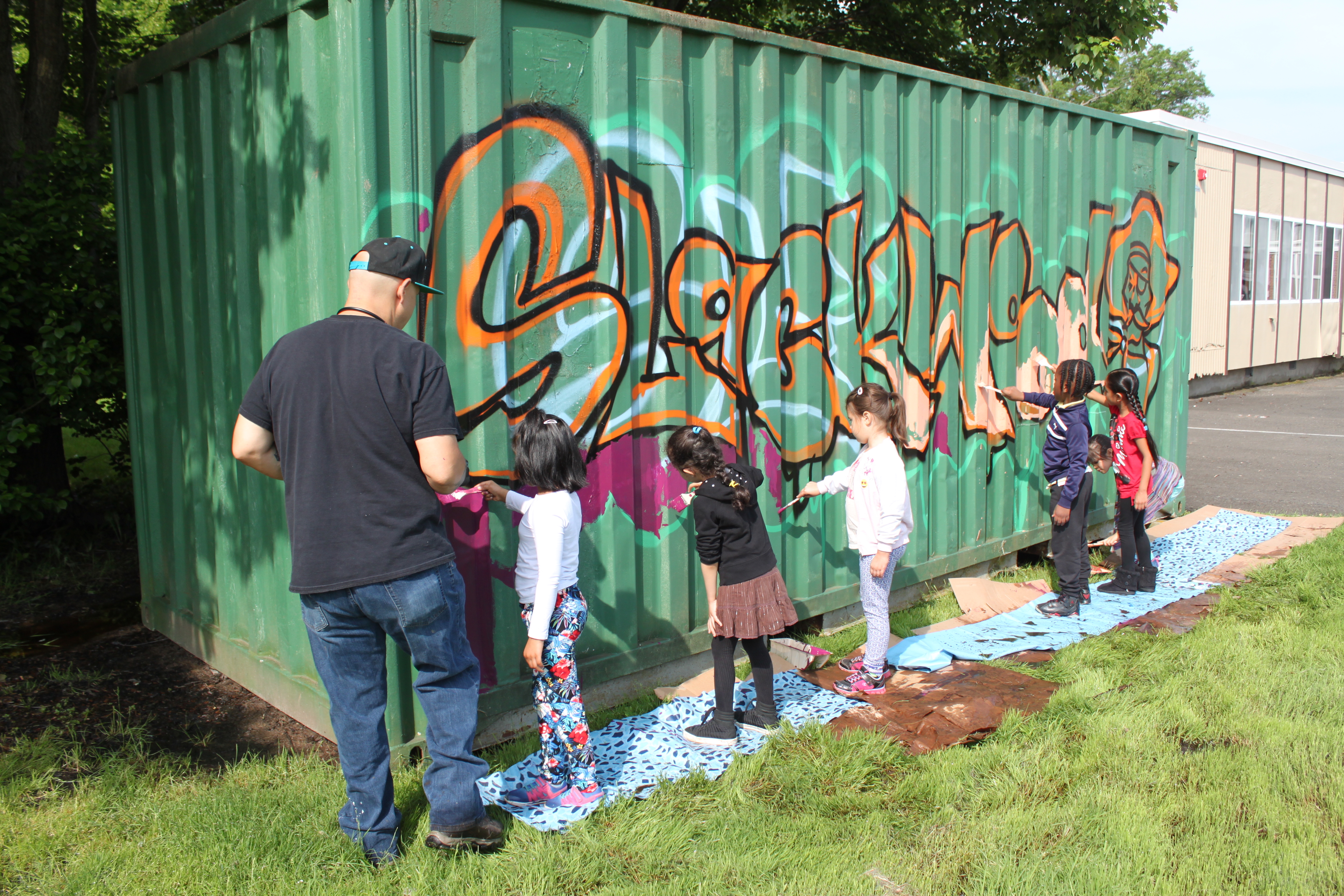 The big green cargo container has been sitting on the edge of the Slackwood Elementary School playground, bordering on eyesore status, for more years than anyone in Lawrence Township can remember.

But in the space of a few hours last week and guided by a professional graffiti artist, students transformed the cargo container into a piece of street art by using bold letters to spell out “Slackwood.”

Graffiti artist Leon Rainbow was invited to teach the children about the art form by Slackwood Elementary School art specialist Jill Lee-You. It was all part of Art Week at the grades K-3 school.

“For me, this is to give (the children) a little bit of understanding about art in general – to de-stigmatize graffiti,” Rainbow said.

Rainbow, who grew up in California and moved to Trenton in 1997, was introduced to the art form when he saw a documentary about graffiti. He was about 7 or 8 years old and he became entranced by it.

“I just drew and copied what I saw. When I was in my mid-20’s, I met a professional graffiti artist. He taught me the right way to do it,” Rainbow said.

Graffiti artists draw a sketch on the surface on which they wish to paint. Once the sketch or design is completed, the graffiti artists paint within the lines. They use a variety of colors to make the design stand out.

Last week, Rainbow sketched out the word “Slackwood” on the cargo container. The letters were not made in a conventional straight line. Some letters were higher than others. He made the point that graffiti art is a letter-based art form.

“A lot of thought goes into it. There are little nuances,” he said, explaining that the letters are not evenly spaced or lined up. The two letters “o” in the word “Slackwood” are not on the same level, for example, but “everything has a reason,” he said.

“You use colors to give it perspective. Everything is being done to support the word ‘Slackwood.’ Orange letters come off the green background. It is high contrast. Purple and green are complementary opposites. You want to make it basically ‘pop off,’ ” he said, describing the color choices.

The children had fun filling in the letters with many colors of paint and they learned about graffiti as an art form. While some of the children have painted before, few had used a paint brush – the type house painters use – as large as those they used for this project.

“I learned that art is great, no matter what it is,” said first-grader Evie Johnson. “It was really fun. I like how you painted a pirate on the side (of the container). It was kind of hard to smooth out the paint.”

Principal Jay Billy credited Lee-You with bringing Rainbow to the school. Inviting the graffiti artist gave the students exposure to a different art form than they would normally receive, he said.

“We got rid of the big old green container and it became a piece of art,” Billy said. “It will be here for a long time. The children can come back in a few years and say, ‘I was part of that’ when they look at the container.