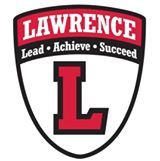 Cimorelli contacted a representative at the Tennessee-based nonprofit organization to register the school’s shoe drive, but the representative, while appreciative, was skeptical that Cimorelli would meet her goal.

But when the last pair of shoes was counted, it turned out the students had collected more than 1,000 pairs of shoes, Cimorelli said. They collected 1,154 pairs of shoes, from dress shoes to athletic shoes, and everything in between.

Soles 4 Souls gathers the unwanted shoes and sends them to countries in Africa, Central America and South America, she said. The recipients may wear the shoes or they may set up micro-businesses to sell the shoes to earn money. If the shoes are in poor condition, they may be disassembled and the bits and pieces may be recycled.

Cimorelli said she learned of Soles 4 Souls through a friend who was conducting a shoe drive. Cimorelli launched the Ben Franklin Elementary School’s first shoe drive last year and collected 994 pairs of shoes, and that is when she set the goal of collecting 1,000 pairs of shoes for the 2018 shoe drive.

Shoes poured into the school. Students spent about 15 minutes every morning before school started to open bags of shoes, sorting them and organizing them into pairs. Then, the children placed the shoes along the wall in the corridor.

The children were very excited and some came to school early so they could help out. The youngsters were excited to help other people, Cimorelli said. It helped them to develop empathy for others who are not as fortunate as they are, she said.

Now that the 2018 shoe drive has been completed, it’s time to think about next year’s shoe drive.

“The students had so much fun participating in this year’s Soles 4 Souls collection, we are considering increasing our goal for next year,” Cimorelli said.