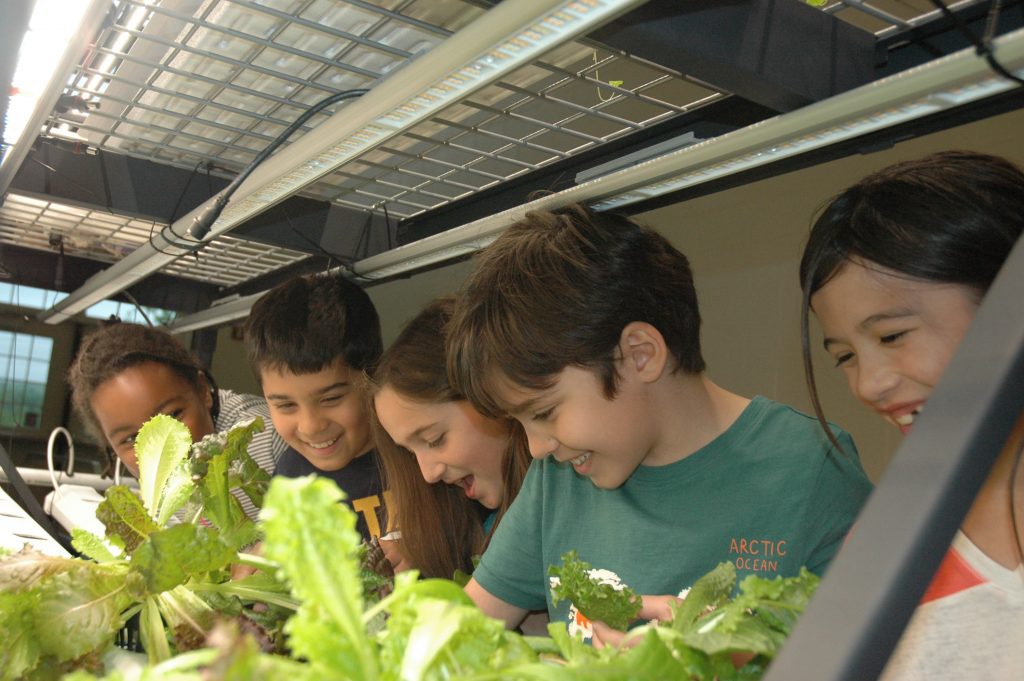 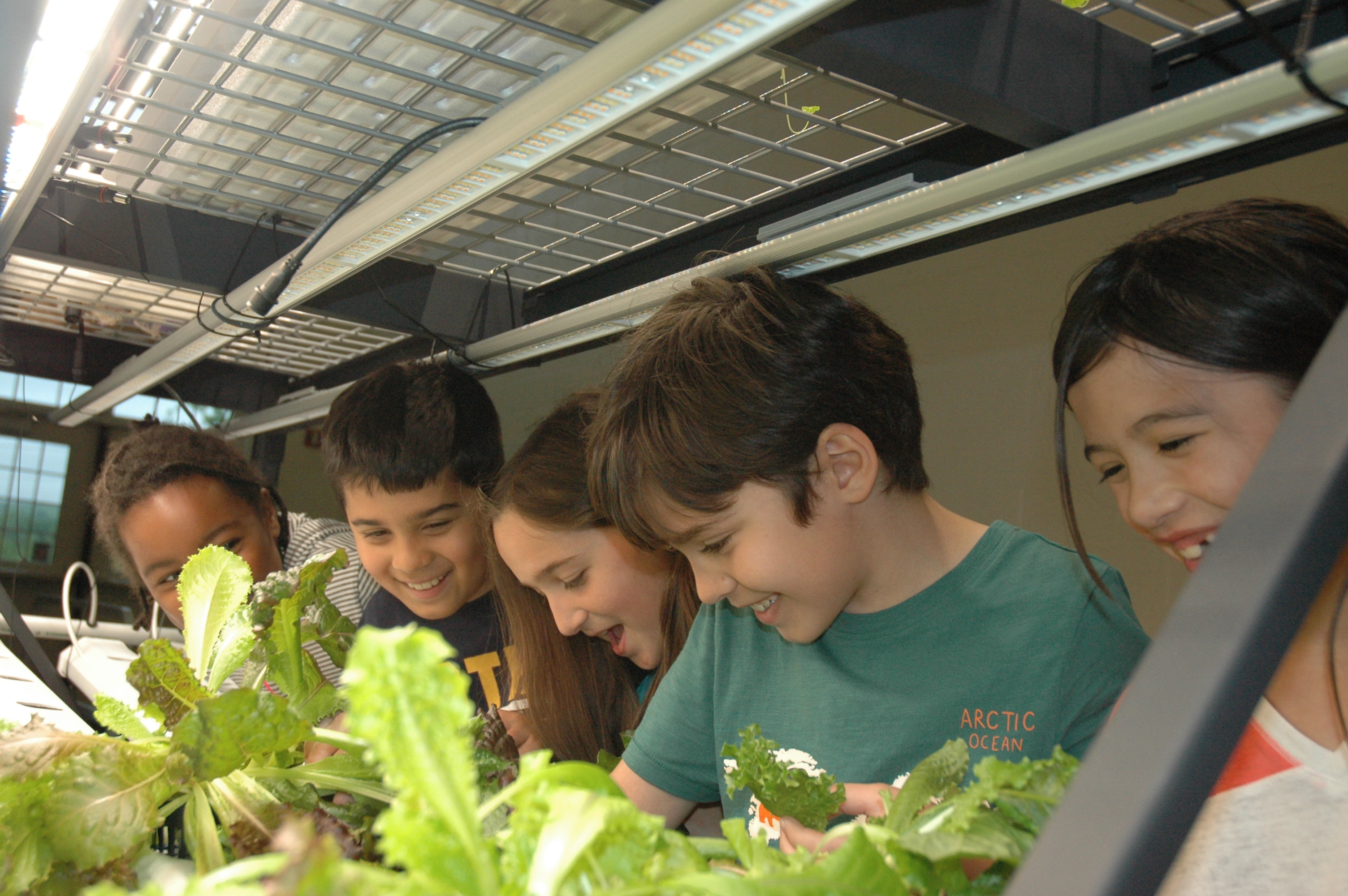 A partnership between Hopewell Elementary School and Princeton University is bringing a new scientific initiative to the school district’s younger pupils by giving them a new learning experience while also providing fresh produce for lunches.

Vertical farming is the process of planting and growing various produce in vertically stacked layers, such as hydroponic towers, all in a soilless environment. This allows for more produce to be grown year-round and in a smaller space.

The school currently has six indoor towers where lettuce, an array of herbs and other produce are grown using a sponge pod instead of soil, and LED lights to mimic sunlight.

According to Dr. Paul Gauthier, founder and director of the Princeton Vertical Farming Project, the initiative was created in 2017 with a goal of promoting sustainability and advanced science.

“Our goal at Princeton was to create a system to really try to understand how we can recycle [and] what kind of new practice we can get to almost not have any impact on the environment. And that’s what we’ve really focused on,” he said.

“We’re using those funds to purchase a more permanent vertical farm project,” Hopewell Elementary Principal David Friedrich said. “We envision the towers as being more portable, whereas this is going to be a lot more permanent.”

Vertical farming has many benefits as opposed to traditional farming, Friedrich said. In addition to using less physical space and no seasonal limitations, farming in a soilless environment allows for 95 percent less water to be used.

Traditional farming, Gauthier said, can put stress on the plants — insects and organisms can attack the roots and the sun can damage the leaves.

“We were taught in school that plants need water and sunlight and nutrients that come from soil, and we’re showing that soil really isn’t required for growing,” Friedrich said. “So we supplement with other nutrients.”

The partnership will allow children from preschool to fifth grade to see exactly where their food comes from, and will provide them with “fresh, organic produce for lunch and an invaluable introduction to hands-on scientific development,” according to a press release.

Helen Corveleyn, who teaches fifth grade at Hopewell Elementary, oversees the indoor towers and the outdoor garden beds. She was first introduced to vertical farming after attending a conference at Princeton University over the summer, where Gauthier helped her realize she wanted to bring the program to Hopewell Elementary.

“I just looked at it and I was like, ‘Oh my gosh, this is what I’ve been looking for,’” she said.

During this time, Corveleyn was interested in reviving the elementary school’s greenhouse, but, before vertical farming, she had yet to find something that fit with the school’s budget.

“I want kids to be able to approach food and approach hydroponics and be able to have this experience at a really young age,” she added.

For Gauthier, these experiences can provide students of all ages valuable lessons.

“Our parents were taught in school how to sew and how to cut wood or how to cook, so why not teach [children today] how to vertical farm?” he said. “It’s not complicated to do it, it’s just a new way to think.”

Gauthier believes that vertical farming won’t completely replace traditional farming, but trusts that it is part of the solution to promote these advanced methods of farming.

The partnership is an expansion of Hopewell Elementary’s sustainability efforts in recent years, such as an organic lunch menu, which is now in its third year.

“[Public] schools aren’t known for high-quality lunches, and we really wanted to change that,” Friedrich said. “Part of that is educating our students where vegetables and herbs come from, and research clearly states that the more involved students are — the more hands-on they are and how willing they are to try new foods early in their lives — leads to some really nice successes as they get older.”

The organic menu is currently offered twice a week and features organic produce, such as bok choy, which is grown at Hopewell Elementary. Next year, the menu will be offered three times a week, Friedrich said.

The permanent vertical farming structures, Friedrich said, will be placed off of the school’s cafeteria to “make a logical connection between the growing, the harvesting and the infusing in [the] menu.”

Those at Hopewell Elementary believe the project will have a lasting impact on the students.

“[The project] means hope for our kids in the future; it means hope for kids to learn about locally sourced food and where it comes from and it gives me hope for innovative science,” Corveleyn said. 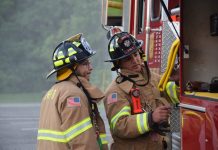