Raritan High School’s baseball team finished the season with a loss but the team certainly went out in style.

Raritan’s attempt to claim the Group 2 state tournament championship fell just short when it was defeated by the top-ranked team in New Jersey, Pascack Hills High School, 3-2, in the title game that lasted eight innings and was played on a rainy June 10 at Veteran’s Park in Hamilton Township.

Coach Jeff Struble raved about his Raritan team and he also showed class with his praise of Pascack Hills.

“I’m so proud of these guys,” Struble said. “This was a great game. Pascack Hills is a great team. The number one team in the state. We did what we’ve been doing. We grinded. We were right there. It could have gone either way. If we get a hit here or there, it’s a different game. But, that’s the game of baseball. That’s why you play. That’s why you compete. Unfortunately for us, it didn’t go the way we wanted it to. But, tip your cap to those guys. They did the job today, and they executed when they needed to. But, like I said, we were right there. I’m proud of my guys.”

The game would go into extra innings when the score stood at 2-2 after seven innings.

Pascack Hills pushed across the eventual winning run in its half of the eighth when a batter was hit with the bases loaded.

But Raritan would not go away.

The Rockets  placed the tying run at third base and the winning run at second base in the last of the eighth but the rally was thwarted when the Pascack Hills’ pitcher induced a pop out to end the game.

Raritan’s effort was spearheaded once again by pitcher Zack Johnston. He limited the Bergen County team to just five hits in seven-plus innings of work. He also struck out eight while he collected two hits at the plate.

The defeat left Raritan with a final record of 21-6.

En route to the state final, the Rockets defeated Haddonfield High School, 5-1, on June 5 in the Group 2 state semifinals. Johnston was the winning pitcher when he stopped Haddonfield with a three-hitter.

Raritan claimed the Central Jersey, Group 2 state sectional title when it beat Metuchen High School, 1-0, on June 1 in the final.

Struble has seen how his program has grown.

“We got the winning culture going,” Struble said. “When I took over, we went through a couple slow years, but it was all about changing the mindset. Teaching these kids about sacrifice. Having them learn to commit to a program, and sacrifice for winning. Be coachable. Do all the little things. Be great kids, and play baseball the right way. That’s what they did this year, and I’m not surprised at the success at all, because these kids are tough kids. This was a great year, and we’ll look forward to next year for sure.” 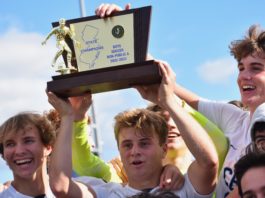 Thygeson lifts CBA to 1-0 win over Seton Hall Prep in... 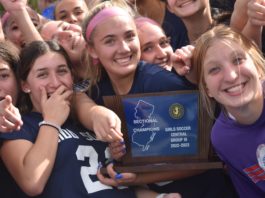 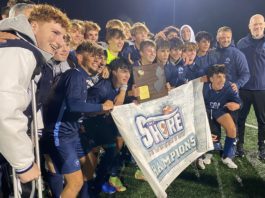