“What’s in a name? That which we call a rose
By any other name would smell as sweet.”
― William Shakespeare, Romeo and Juliet

An honorary degree conferred by Princeton University upon The College of New Jersey (TCNJ) President R. Barbara Gitenstein at Princeton’s commencement on June 5 was an act acknowledging the Shakespearean wisdom that names are arbitrary labels.

The College of New Jersey, founded in 1746, changed its name to Princeton University during the culmination of the institution’s Sesquicentennial Celebration in 1896.

How can that be?

President R. Barbara Gitenstein, who will be retiring from her TCNJ presidency on June 30, worked at the college in the 21st century not the 18th or 19th century.

Three years before Dr. Gitenstein arrived on the job, the board members of what then was known as Trenton State College voted unanimously to change the name of the Ewing-based higher education institution to The College of New Jersey. Princeton University denounced the state college for appropriating the Princeton University’s historic and original name.

In July 1996, Princeton sued the newly named The College of New Jersey on the grounds that TCNJ intentionally had implied that it had a historical link with Princeton University. The dispute was settled when the two sides agreed ”to make clear the entirely separate histories of the two institutions.”

Thanks to the leadership of President Gitenstein, the name is now associated with one of the finest public colleges in the nation – and, as such is a superb reflection of its namesake – the internationally acclaimed private higher education institution Princeton University.

I have heard President Eisgruber on another occasion give a heartfelt and eloquent speech articulating society’s crucial need for high-quality, publicly supported institutions of higher education. The histories of Princeton and TCNJ may be entirely separate, but the two institutions are still linked by mission – an intense commitment to excellence in higher education and the well being of its students hailing from all socio-economic backgrounds.

My knowledge of the relationship between these two institutions is experiential, rather than academic. I was working as Princeton University’s community and state affairs director during the name change commotion. My current job at the New Jersey Association of State Colleges and Universities, of which TCNJ is a member, has given me the opportunity to observe up close the veracity of the Princeton University’s honorary degree proclamation, as follows:

“R. Barbara Gitenstein has more than 40 years of experience as a professor and administrator in the public and private sectors of higher education. Since 1999, she has served as president of The College of New Jersey, the first woman to have that role in TCNJ’s 160-year history. She came to TCNJ from Drake University, where she was provost and executive vice president. During her tenure at TCNJ, Gitenstein has focused on enhancing academic rigor and faculty-student engagement, raising the four-year graduation rate, investing in campus amenities and facilities, and boosting alumni support. A scholar of Jewish and American literature, Gitenstein is the author of “Apocalyptic Messianism and Contemporary Jewish-American Poetry.”

She serves on the Board of Directors for the American Council on Education and on the Executive Board of the New Jersey Presidents’ Council, and she previously chaired the Middle States Commission on Higher Education, the body that accredits colleges and universities in the mid-Atlantic region, including Princeton. Gitenstein has supported the professional advancement of women throughout her career.

Among her honors, she was recognized in 2009 by the Women’s Caucus of New Jersey as a Woman of Achievement. She received her B.A. from Duke University and her Ph.D. from the University of North Carolina.

This visionary leader is the first woman to serve as president of The College of New Jersey in the institution’s 160-year history.

Determined to provide her students with the highest caliber academic experience, she has led transformative efforts to improve TCNJ’s four-year graduation rate, which now ranks among the highest in the nation for public colleges and universities.

On a national level, she has been a steadfast advocate for academic rigor, high standards and expanded educational opportunity. Throughout her career, as a scholar of Jewish and American literature and as an insightful administrator, she has demonstrated the power of education to change lives and change the world.”

Dr. Gitenstein’s personal journey that transported her to a position where she could have a transformational role on the nation’s higher education stage began with her birth – at home (her mom never made it to the hospital)- in Florala, Alabama. A town of 2,000 residents, Florala had two Jewish families – one of whom was the Gitenstein family.

“My mother and father were New Yorkers (Manhattan), who ended up in Alabama, because it offered a possibility of success for my father’s shirt manufacturing business. My grandfather’s shirt manufacturing business went bankrupt during the Depression. My father at the age of 17 was incredibly courageous and determined to make it – and left New York for a new life….My father Seymour Gitenstein was an extraordinary business man and manager, I never took a business course. He was my business mentor – I learned my management skills from my father who had over 1,000 employees.”

Learning from her father’s success was the positive aspect of living in Florala, Alabama.

The negative was the fact that “living there for us was not very comfortable, we were different,” she said. “In addition to being Jewish, we were not Southern, we were totally Yankees.” But her dad continued to set an example of perseverance and a socially progressive ethos, because even with his being different he became a leader in the community. “He was the chair of the local board of education during the integration of the schools. There was no violence – he managed the conflict,” said Dr. Gitenstein.

But the local schools were not accredited, so her parents sent her to a private, all-girls’ boarding school, Holton-Arms, for her high school education. “I was always a serious academic. It was a hard, scary, and often lonely experience, but it did provide good opportunity to see women in leadership roles,” said Dr. Gitenstein, who also looked to her maternal grandmother, Pauline Keller Green, as an example of someone who with dignity and grit navigated some very hard times.

While in high school, Dr Gitenstein was sure that she would pursue a career in music as a vocalist – a dramatic soprano. When she failed to get accepted to a music conservatory, she had the rude awakening that she had a “good voice, but not great.” She attended Duke University, fell in love with English, while still enjoying music both as a performer and an audience member.  “My experience as a performer proved useful to me when I became a college president,” said Dr. Gitenstein.

I actually think President Gitenstein’s success as a transformational leader also is due to her name. Look at those initials – RBG – the same initials made famous, or rather “notorious,” by U.S. Supreme Court Justice Ruth Bader Ginsberg. 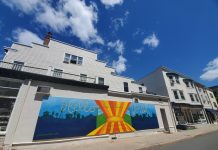 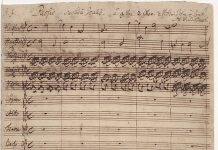