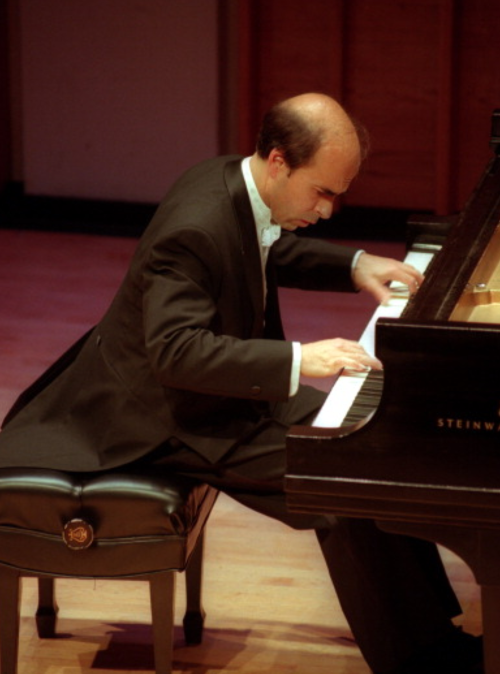 The recital, which was held on June 19 saw an estimated crowd of 100 people gathered in the Richardson Auditorium on campus.

Taub, who is known for his performances of Beethoven’s compositions, played three of his piano sonatas and gave a short background into the life of the composer. Taub’s love for Beethoven has been a big part of his life, as the composer has been a big personal interest of his.

“My strong passion for Beethoven evolved over the course of many years,” Taub said. “When I was very young, all of my piano teachers had me learn one Beethoven piano sonata every year, so I got an early start. Then, when I was here [Princeton] as an undergraduate, I took a couple of courses with Lewis Lockwood, who is an eminent Beethoven scholar. He opened my eyes to exploring Beethoven’s creativity in a different realm. That forged an interest into understanding how Beethoven worked, so I gradually increased my repertoire to include all of the piano sonatas, and then all of the piano concertos and a lot of chamber music. It’s just such great literature and you keep coming back to it.”

Taub has been playing the piano all of his life. He doesn’t actually remember the act of starting to play; so for him, it was something he always had done.

“I was told that I was 3 and my conscious memory doesn’t go back before that,” he said. “So, as far as I’m aware, I have always been playing the piano one way or another. I do remember when I was very young, my parents took me to a Steinway retail showroom. I remember reaching up to the base notes of the piano and being enthralled with the full sound. I have a vague memory of the piano being delivered to my parents’ house, but I don’t remember actually starting; so it’s something I’ve always done.”

Taub’s love for Steinway pianos followed him throughout his life. He  even used a Steinway piano during his performance at Princeton.

“I have a very good relationship with Steinway,” he said. “I love their pianos. I am, like many other people are, a Steinway artist, which means that I play Steinway pianos, and they provide the instruments and a very valuable service, which is to be able to rehearse worldwide at any of their Steinway representatives.”

During his time at Princeton, Taub created a book, “Playing the Beethoven Piano Sonatas,” which has become the standard for Beethoven literature around the world.

“The first time that I played the Beethoven sonatas as a group, as a cycle, was actually in Princeton,” he said. “To play the cycle of some 32 sonatas for a pianist is a little bit like climbing Mt. Everest. It’s a goal. It’s an extremely rewarding goal. I enjoyed playing the concerts and I gave pre-concert talks, and I also wrote extensive program notes. I remember writing some program notes and rereading the draft and thinking that I would actually like to express more detail into them. I realized there was no book that was written on the piano sonatas that was written from the pianist perspective. There had been many good books written from the musicological perspective, but no pianist has taken the time or made the effort to write what it’s like to actually live with these works and play them.”

During Taub’s time as an undergraduate student at Princeton, he took all of the prerequired courses, without realizing it, to apply to schools for a pre-medical education.

After applying and getting into a number of colleges for med school, and also having gotten into Juilliard for graduate work, Taub was faced with a very important decision.

“Doctor or musician,” he said. “I imagined two scenarios. One was, 10 years after making such a decision: I imaged being a doctor, and going with a friend to a performance at Carnegie Hall and saying to him, ‘You know, I could have been a pianist.’ Then, I imagined the inverse of the situation, and saying, ‘You know, I could have been a doctor.’ Which one of those scenarios could I have lived with? Well, the answer was obvious.”

But after making the decision to go to Juilliard for graduate studies in music, Taub soon realized that making a career path for himself wasn’t going to be the easiest thing to do.

“I realized early on that I had to create my own pathways, my own niche. I had to do what I wanted to do and build my own career,” he said. “So, I looked at ways of building my own career. I won some smaller competitions; I met some people; I made a couple of recordings. But then, I had an opportunity to apply for the Peabody Mason Award and it looked extremely attractive.”

The sole requirement to apply for the competition was to be between the ages of 25 and 35. Taub turned 25, six days before the application deadline and was eligible.

“There were guys there that were 34 and 35, and I was the youngest by nine years,” he said. “I thought that I had no hope, but I just went up there and played and had a good time playing, and they ended up choosing me as the winner.”

Taub was the first person to win the Peabody Mason Award in 1981 and only one of four people to win the grand prize since.

“Now I had the resources, courtesy of the award, to be able to study more, learn more,” he said. “The luxury of time, to think about music and to build my repertoire in an encompassing manner. At the end of that two-year stipend period, I launched recitals in the Lincoln Center and the equivalent in Boston, and that helped enormously for my career. That was great.”

Since then, Taub has performed globally. Taub has performed as a guest soloist with the world’s leading orchestras. Based in Princeton for more than 25 years, Taub and his wife are now moving to England, where he will be building a concert series and festival for Peninsula Arts at the University of Plymouth.