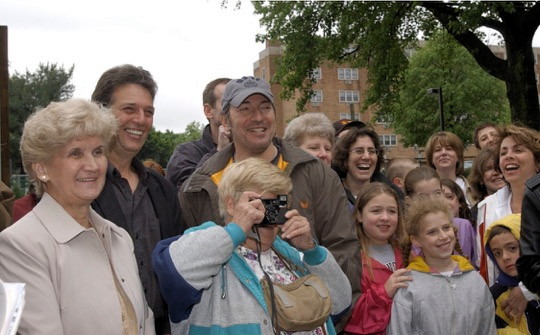 George Theiss, who is recognized as one of the initial musical influences behind what came to be known as the Sound of Asbury Park (SOAP) in the 1970s, has died at the age of 68.

Theiss died in North Carolina on July 13 after battling cancer for several years. He and his wife, Diana, were longtime residents of Freehold Township before moving south several years ago. In addition to his music career, Theiss worked as a carpenter. He and Diana raised two children, Justin and Carrie.

In the mid-1960s, Theiss was a member of the Freehold Borough band the Castiles, a group in which he was joined by his fellow borough resident and friend, Bruce Springsteen.

Theiss and Springsteen co-wrote “Baby I,” which was recorded by the Castiles in 1966. The song is one of Springsteen’s earliest compositions. “Baby I” appears on “Chapter and Verse,” the audio companion to Springsteen’s autobiography, “Born to Run.”

Theiss’s music career stretched over nearly half a century. Following his stint in the Castiles and several other bands, he went on to play in Cahoots and the George Theiss Band, helping to shape SOAP. The creators of SOAP are honored on a plaque on the boardwalk in the seaside city.

SOAP is defined as a combination of rock and roll, rhythm and blues, soul and doo-wop.

In late August 2002, before the George Theiss Band played a show at the Stone Pony in Asbury Park, Theiss spoke with the “News Transcript.” Theiss was the composer of much of the music the band played.

In an interview with staff writer Clare Celano, Theiss recalled how he began taking guitar lessons as a teenager.

” ‘I tried it once,’ he said, laughing. ‘I played something, and the teacher said to me, ‘Hey, can you show me that again?’

“Theiss explained that the teacher had the technique, but apparently lacked style. Theiss, on the other hand, had style but needed to learn technique. He stopped the guitar lessons and managed to figure out the technique on his own.

“Theiss was born in Newark and moved to Freehold Borough at the end of seventh grade, having previously lived in Millstone Township and Freehold Township. He talked about his musical career with fondness and a touch of amusement as he remembered some of the details, like the first band he ever formed.

” ‘I was about 13 or 14. The band was called The Five Diamonds,’ he said, laughing. ‘We used to dress up in raincoats with black diamonds that we had painted on our backs. Nobody else really played an instrument, we were just really ‘hanging out.’

“Next up were the Sierras. This band had members who actually played instruments and had several appearances at the Elks Club on Main Street, Freehold.

“According to Theiss, the Sierras eventually evolved into the Castiles, a neighborhood band Theiss formed when he was about 15. This band spurred Theiss’s own career and also gave birth to the borough’s most famous native son, Bruce Springsteen, who joined the band after it formed.

“The Castiles stayed together for three or four years, bringing Theiss to the age of 18.

“Next on tap was a band called The Rusty Chain. Theiss laughingly commented that when he started with this band it had ‘a great Beach Boys sound.’ When he was finished with it, ‘It sounded more like Steppenwolf.’

“Theiss said he left The Rusty Chain and joined a band called Doo-Da.

” ‘It was a little like the Grateful Dead. I changed things around a bit, added a harder edge and made the music a little ‘heavier,’ he said, adding that Doo-Da sang background for the Platters for a short time. In 1979, the George Theiss Band was born.” 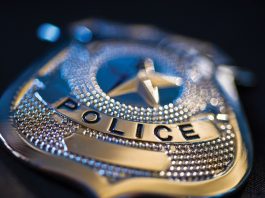