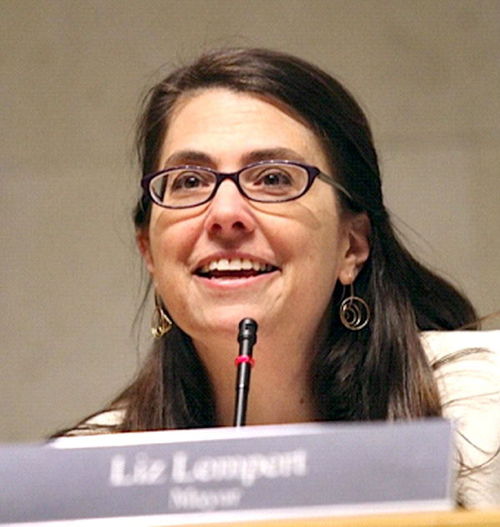 Princeton Mayor Liz Lempert passed on a chance this week to say whether she supports the Princeton Public Schools’ proposed $129.6 million referendum, yet she warned of a “cost” for not investing in public education.

“As the community grows, I think there is sometimes the need to build new schools,” Lempert said on July 23 of a town that has seen its population increase by 11.3 percent in less than a decade.

She said her comments were “not necessarily” an endorsement of a referendum that, among other things, calls for building a new school for fifth- and sixth-graders.

Princeton had an estimated population of 31,822 people as of July 2017, compared to 28,595 in 2010, according to the U.S. Census Bureau. There has been a concomitant growth in school enrollment during that period, too, in a community poised to build more affordable housing and market rate housing. Enrollment forecasts show the school district having more than 4,500 students in 2027, compared to 3,769 students in 2017, according to data on the district website.

To meet the district’s needs, administrators plan to put a referendum on the ballot on Nov. 6. If the referendum is approved by voters, taxes would go up in a wealthy community already wrestling with being affordable. School taxes would rise by nearly $290 in 2020 for a home assessed at the average of $837,074.

“I think the most important thing about this is that it’s going to be a community vote,” Lempert said. “They are challenging issues and to not invest in the schools comes at a cost, too.”

She shared how her mother, Sue, a former school board member from San Mateo, Calif., where the mayor grew up, had to made a tough call to close a school.

“It’s going to come before the voters, so it’s for the voters to decide,” she said of the referendum. “It’s going to be, I think, a very, very hotly debated and discussed item on the November ballot.”

Lempert said she has been getting a lot of emails about the referendum, mostly from people with questions and concerns. The mayor, who sent one of her daughters through the public schools and has another one in the system, does not have any direct oversight or control of the school district.

Yet she has been a vocal supporter of public education and joined the fight to oppose the enrollment expansion of the Princeton Charter School, a step the Princeton Council took as a body in 2017. On the referendum, however, the council will not take a public position “as a body,” Lempert said. She said she was not aware if individual members of council are planning to weigh in.

“I think we got some initial guidance from the municipal attorneys cautioning against that,” Lempert said. “But if anybody wants to make a statement, they can go back and get clarification on that.”

Asked if she were for or against the referendum, the mayor said, “Well just because of what I just said, I’m following it.”

Councilman Tim Quinn, a former Princeton school board member, said this week that “the council’s attorney has advised the members of council not to make public statements about the school referendum and I will follow that recommendation.”

The school district is proposing a series of projects, from building a new school to buying 15 acres of land, to position itself, now and into the future, to meet the needs of a growing student body. It is the largest referendum in the history of the community.

Lempert applauded district administrators for having educational forums about the referendum for the public, including one such session over the past weekend. Yet she avoided giving her view of the direction in which the school district is taking the town.

School board President Patrick Sullivan could not be reached for comment.